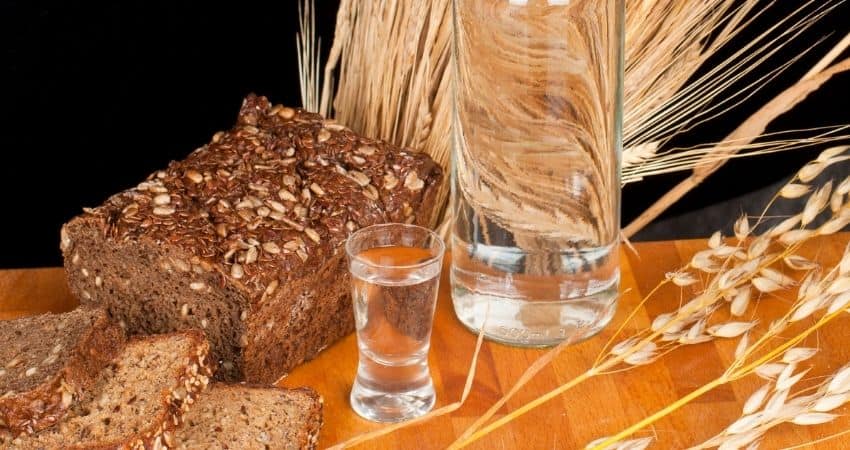 While vodka may be a neutral spirit, you will be surprised to know that vodka is made from a wide variety of ingredients, and wheat is among the most common vodka ingredient.

If you are unfamiliar with wheat vodka, you may be wondering what wheat vodka is. I did the research, and here is what I discovered!

What Is Wheat Vodka?

Wheat vodka is vodka made from wheat. Popular brands like Absolut, Grey Goose, and Ketel One are made from different kinds of wheat, and wheat vodkas often have a milder taste than other types of vodkas. Additionally, wheat vodkas are considered gluten-free because the distilling process removes the wheat’s gluten proteins from the vodka, making wheat vodka safe for celiac sufferers.

If you are interested in learning more about wheat vodka and how wheat vodka compares to other types of vodkas, keep reading!

Can You Make Vodka From Wheat?

Grains like wheat were the original base ingredient for vodkas, meaning wheat vodka was discovered long ago that it is possible to make vodka with wheat.

Furthermore, there is a popular misconception that vodka was originally made from potatoes, but evidence shows that vodka existed in Poland and Russia before they had potatoes.

Wheat vodka tastes milder compared to rye, corn, and potato vodkas. On the tongue, wheat has a light body and flavor with a distinct sweetness and hints of citrus.

Additionally, wheat vodka is known to have a clean and crisp mouthfeel that makes wheat vodka ideal for drinking neat and mixing with savory beverages.

How Do You Drink Wheat Vodka?

Wheat vodka can be drunk in many ways. If you want to appreciate the distinct taste of the brand you purchased, consider taking the wheat vodka neat.

If you want to mellow out the wheat vodka’s burn, put the bottle in the freezer for a while.

Be careful not to chill the vodka for too long though, because it might mute the wheat vodka’s texture and notes completely.

What Proof Is Wheat Vodka?

Wheat vodka can be bottled at any proof as long as it doesn’t go lower than the minimum proof set by the countries they are being distributed in.

For America, the minimum is 40% ABV or 80 proof, while in Europe, it is 37.5 or 75 proof. Similarly, other countries require all vodkas to have a proof no lower than these.

Additionally, there are wheat vodkas like Absolut which bottle Absolut vodkas at 100 proof.

Ultimately, it depends on the distiller how much alcohol content they want their wheat vodkas to have as long as they meet the legal requirements of the countries they are distributing to.

Does Wheat Vodka Have Gluten? 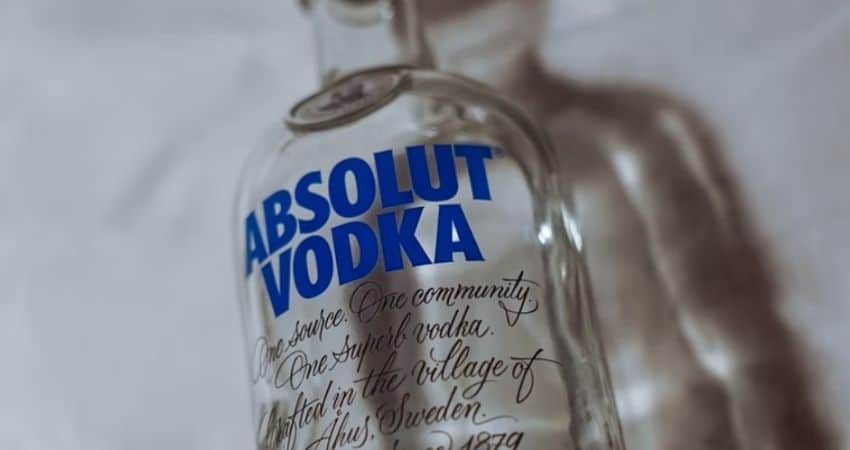 Generally, wheat vodka does not have gluten.

While wheat naturally contains gluten, the thorough distilling that wheat vodka undergoes removes all impurities from the alcohol, including gluten.

Once the wheat vodka is bottled, the wheat vodka should have no gluten whatsoever. If it does, the trace amounts of gluten should not be enough to trigger an allergic reaction.

Nonetheless, not all health organizations and entities dedicated to celiac sufferers agree that grain-based vodkas are safe for them to consume.

What Is The Difference Between Potato And Wheat Vodka?

Potato vodkas tend to have a thicker body and oilier texture than wheat vodkas. Additionally, potato vodkas have a richer flavor.

Despite potato vodka having richer flavors, wheat vodka is typically regarded as the preferred base ingredient of most distillers, which is why more brands worldwide use wheat instead of potatoes.

Other than that, both potato and wheat vodkas are generally neutral in flavor and can be used to make a wide assortment of cocktails and mixed drinks.

Which Is Better, Wheat Or Potato Vodka?

Whether potato vodka is better than wheat vodka depends on the person.

For people who are not keen on distinguishing the subtle nuances in each vodka brand, potato and wheat vodkas will taste almost exactly the same.

However, people who are used to drinking vodka may prefer either wheat vodka’s milder tones or potato vodka’s richer mouthfeel.

Some prefer wheat vodka, while others prefer corn vodka. Whichever is better depends entirely on the person and the brands they are comparing.

Generally, corn vodka is known for its sweetness and distinct buttery taste. In comparison, wheat vodka’s sweet notes are milder and less noticeable.

If you are comparing them based on their performance as base spirits for cocktails, wheat vodka might be superior because wheat vodka is more neutral.

Nonetheless, some cocktails warrant a sweet vodka, in which case, corn vodka would be better.

Is Absolut Vodka A Wheat?

Is Tito’s Wheat Or Potato?

Tito’s Handmade Vodka is neither wheat nor potato vodka because Tito’s uses 100% corn for Tito’s vodka.

Which Vodkas Are Made From Wheat?

Here is a list of some vodka brands that use wheat either as a partial ingredient or as their sole ingredient:

Wheat vodka is one of the most common types of vodka in the market today. With its light texture and mild flavor, wheat vodka makes for a great sipper and mixer.

Additionally, wheat vodka is generally considered gluten-free because of the thorough distillation wheat vodka undergoes which removes all the gluten from the vodka.