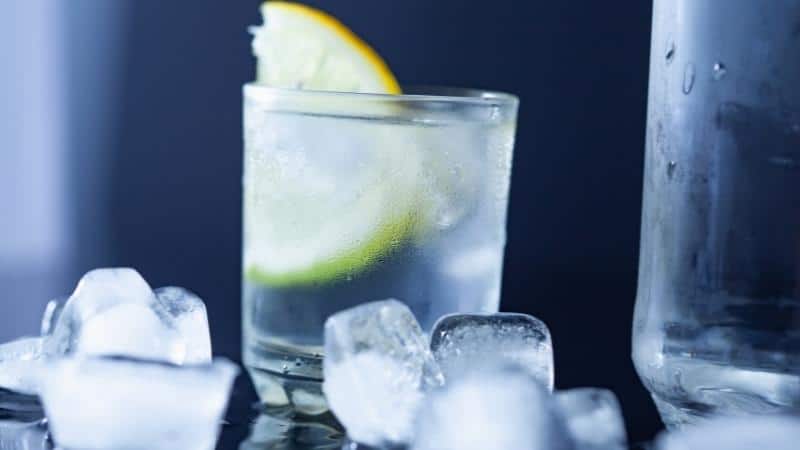 Svedka Vodka is an award-winning Swedish vodka brand with a rich history, an awesome mouthfeel, and a reputation for being a great mixer.

If you’re a vodka enthusiast, you’ll naturally be curious about what Svedka Vodka is made from. Here’s what I found!

What Is Svedka Vodka Made From?

If you want to learn about all things Svedka Vodka, keep reading!

What Grain Is Svedka Vodka Made From?

Svedka Vodka’s base ingredient is Swedish winter wheat. Additionally, Svedka does not mix their winter wheat with other grains as some vodka brands do.

What Ingredients Are In Svedka Vodka?

Svedka Vodka is made from Swedish winter wheat and water from local underground springs. But unlike other vodka brands, Svedka does not disclose their specific sources.

Moreover, Svedka’s flavored vodkas are made by infusing the classic Svedka Vodka with natural flavors. However, they don’t specify whether they use real fruits or natural concentrates.

Svedka Vodka is not potato-based and at no point in their history did they use potatoes as their base ingredient.

Is Svedka Vodka Made From Corn?

Svedka Vodka is made purely from Swedish winter wheat. In fact, corn was never used in producing Svedka Vodka and it isn’t included in the current recipe for any Svedka vodkas.

How Is Svedka Vodka Made?

Svedka Vodka is made by fermenting Swedish winter wheat with the use of yeast. Once alcohol is produced, it undergoes continuous distillation.

During the distilling process, Svedka Vodka reaches an ABV of around 95% and is watered down with water sourced from an underground spring.

By using continuous distillation that is repeated 5 times, Svedka is able to produce a vodka that has a higher degree of purity than most other vodkas.

Afterward, Svedka is filtered 5 times to remove the remaining impurities in the vodka.

What Proof Is Svedka Vodka? 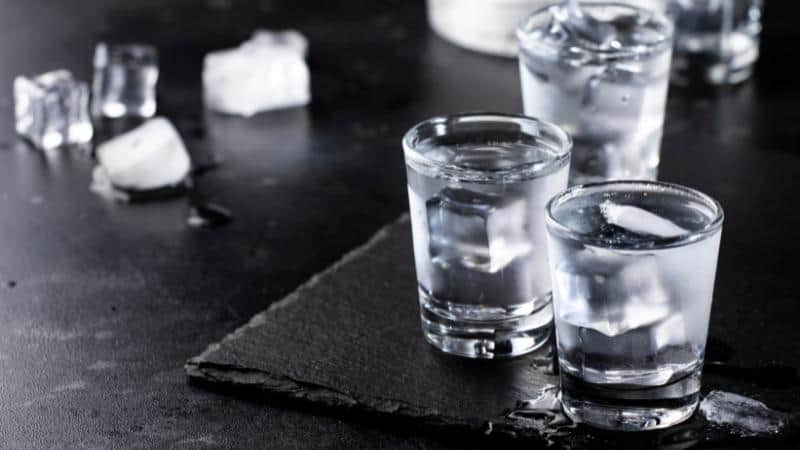 Svedka Vodka is considered a good quality vodka mainly because it provides an excellent drinking experience for an affordable price.

Once consumed, Svedka gives off a sweet note followed by a peppery finish. However, it is more commonly used as a mixer than a shooter.

On account of Svedka Vodka’s mostly neutral taste, it serves as an excellent base spirit for cocktails of various kinds.

Svedka Vodka is considered an extremely smooth vodka especially when consumed cold. When it is chilled first, it has little to no flavor.

Upon swallowing, you might be able to detect a bitter flavor and a subtle burn. For vodka enthusiasts or people with high alcohol tolerance, these might not be noticeable at all

Why Is Svedka Not Gluten-Free?

Svedka Vodka is widely considered gluten-free because of the popular belief that distilled spirits cannot contain gluten proteins. During distillation, all carbohydrates including gluten proteins are eliminated.

However, many people contest this because some celiacs experience an allergic reaction to some grain-based vodkas.

As for Svedka Vodka’s flavored variety, there’s no confirmation as to whether they are gluten-free because they might contain flavorings with gluten-proteins.

Svedka Vodka is not considered vegan because it contains fining agents derived from animals. They come in the form of egg albumin, milk protein, and food-grade gelatin.

Svedka Vodka has no Kosher label on any of their products.

However, according to the Kosher Liquid and Food website that provides information on kosher alcohols and food, Svedka Vodka is considered Kosher.

Does Svedka Vodka Have Sugar In It?

Classic Svedka Vodka does not contain sugar and neither does its flavored counterpart, the Svedka Pure Infusions, which comes in three flavors.

Additionally, Svedka claims that Pure Infusions has no added sugar because they don’t want to compromise the innovative flavors of their original Svedka Vodka.

How Many Carbs Are In Svedka Pure Infusions?

How Many Calories In A Svedka Vodka Soda Strawberry Lemonade?

Svedka Vodka Soda Strawberry Lemonade is a canned cocktail drink that has 85 calories per 1.5 ounces.

What Is The Best Svedka Vodka Flavor?

As with all flavored vodkas, Svedka Vodka’s flavors appeal differently to different people. Nonetheless, the popular opinion concludes that Svedka Cucumber Lime is the best.

Next in line are Raspberry, Mango Pineapple, Rosé, Strawberry Lemonade, Blue Raspberry, and Dragonfruit Melon. At the bottom of the list is Svedka’s Strawberry Guava Vodka.

Svedka Vodka is made from winter wheat and spring water sourced from Sweden. However, they do not disclose where exactly they source their grain and their water.

Similarly, Svedka does not divulge how they flavor their vodkas. They only claim that they use natural flavors.

On account of Svedka Vodka not being vegan due to the use of fining agents, it’s safe to assume that their products may contain gelatin or other animal-derived fining agents.

Moreover, Svedka is distilled 5 times in a continuous process that prevents the vodka from pooling. Through this, they are able to guarantee their vodka’s smoothness.

To further improve the quality of Svedka Vodka, it is filtered 5 times.