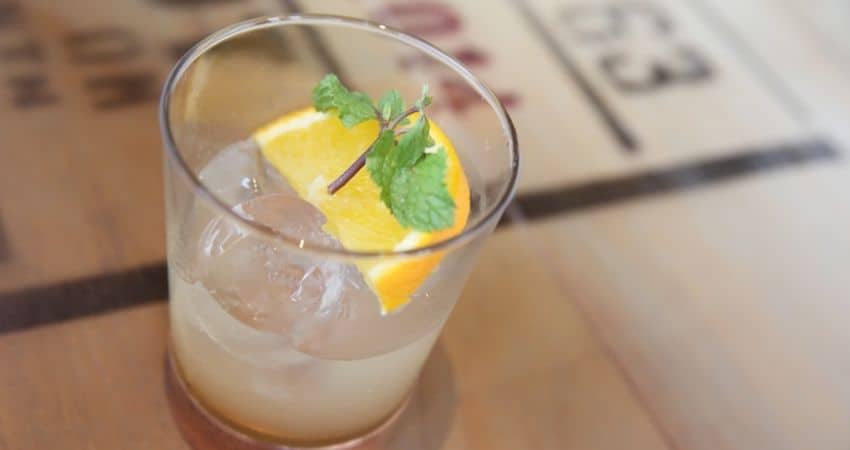 When you just cannot bring yourself to drink vodka neat or straight up, settling for a simple cocktail is a great alternative. For a foolproof drink, it is best to start with a vodka soda.

However, if you never had s vodka soda before, you might be wondering what vodka soda is and if it is good. I did the research, and here is what I found!

What Is A Vodka Soda?

Vodka soda is a cocktail made only with vodka, soda water, and lime juice. Given its simplicity and popularity, vodka soda is considered a well drink and is usually made with low-tier vodkas in bars. While vodka soda has similarities to vodka tonic and hard seltzer, vodka soda is a distinct drink known for being low-calorie and mildly flavored.

If you are curious to know more about vodka soda and why vodka sodas are the preferred drink of many people, keep reading!

What Is Vodka Soda Made Of?

Vodka soda is made of vodka, soda water, and lime juice. You can change the taste of your vodka soda by varying the ratio of your ingredients and adding different garnishes.

Traditionally, lemon wedges are used as the garnish for vodka sodas. However, changing it up by using herbs and other fruits like berries can give your vodka soda more flair.

What Is A Vodka Soda At A Bar?

Consequently, a vodka soda is known as a well drink and is almost always included in well drink menus.

Additionally, bartenders follow the same recipe most people use at home, the only difference being the brand of soda water, vodka, and lime juice they use.

However, if you want a specific vodka brand for your vodka soda, simply tell the bartender and be ready to pay extra for the vodka.

Hard seltzer is different from vodka soda. In fact, hard seltzer does not contain vodka or any other spirit.

Generally, a hard seltzer is a carbonated water or seltzer that is mixed with sugar and fermented using years, meaning hard seltzer is more similar to beer than to spirits.

Once alcohol is produced, hard seltzer is mixed with a wide range of flavors.

Is A Vodka Soda Good?

Whether vodka soda is good or not depends on the person drinking.

However, since vodka soda has become more popular in recent years, it is safe to assume vodka soda suits the palate of the majority of drinkers.

Vodka soda’s taste varies depending on the brand of vodka, soda water, and lime juice you use. Additionally, there are bartenders that prefer to use lemon juice instead of lime juice.

If you are going to use fruit or grain vodka, expect that the vodka soda will have sweet and fruity notes accentuated with the tang of lime or lemon juice.

Meanwhile, potato vodka will give your vodka soda more spice and creaminess with a slightly oily texture.

Is There Alcohol In Vodka Soda? 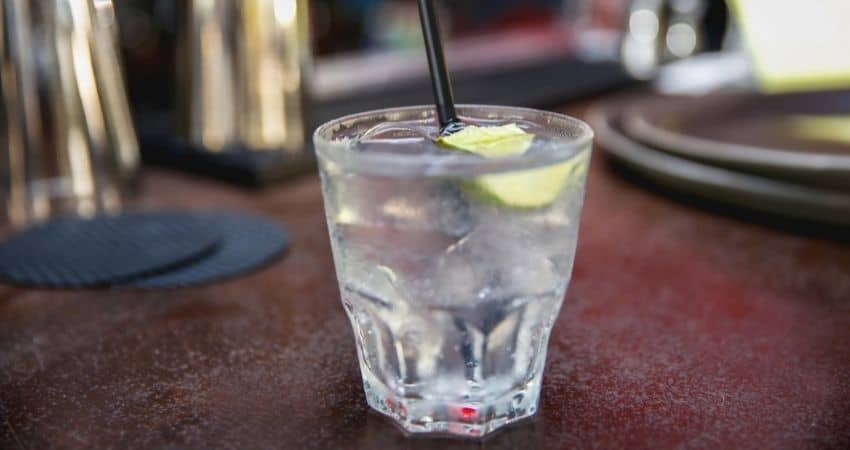 Vodka soda contains alcohol because vodka is a spirit. Typically, vodkas contain 40% ABV or 80 proof, which is watered down when you mix it with soda water and lime juice.

Does Vodka Soda Get You Drunk?

A vodka soda can get you drunk. Since you are less likely to taste the alcohol in a vodka soda, you are more likely to get drunk faster by drinking vodka sodas than by taking shots.

When you take shots, you are more aware of the amount of alcohol you drink and can adjust your intake or prevent intoxication by drinking water or eating.

However, taking cocktails like vodka soda makes it easier to underestimate your alcohol consumption.

Additionally, many people mistakenly believe that the soda water and lime juice in their vodka soda reduce the alcohol content of the vodka, giving them a false sense of security.

What Is The Difference Between Vodka Tonic And Vodka Soda?

In contrast, soda water does not have any calories, and soda water has a tart taste because of its carbonic acid content.

Furthermore, the way the soda water neutralizes the vodka’s flavor further makes vodka soda the preferred drink of many people.

However, if you like the bitter taste that the tonic water gives your vodka tonic then you are likely to favor vodka tonic over vodka soda.

What Is The Difference Between A Seltzer And A Vodka Soda?

Seltzer and vodka soda have plenty of differences, starting with their alcohol content. Most seltzers have an ABV ranging from 4% to 6%, but some brands also reach up to 12%.

Depending on the ratio you use in your vodka soda, a vodka soda will typically have a higher ABV.

In comparison, a vodka soda is mixed with lime juice, giving vodka sodas a bright acidic and sweet taste, along with whatever notes the vodka brand you chose has.

Additionally, seltzer is a ready-made canned drink, while vodka soda is a cocktail.

What Do You Mix With Vodka Soda?

Some of the most recommended ingredients to mix with your vodka soda are berries, coconut, chamomile, hibiscus, and other botanicals.

Furthermore, you can either infuse the vodka soda with fruits, herbs, and botanicals or simply muddle these ingredients before mixing them with your vodka soda.

Vodka soda is a popular drink mainly because of its mild flavor and fewer calories. Compared to vodka tonic and other cocktails, a vodka soda is considered healthier.

Additionally, a vodka soda is easy to make, and you can upgrade it by changing up your garnishes or infusing it with herbs, fruits, and botanicals.