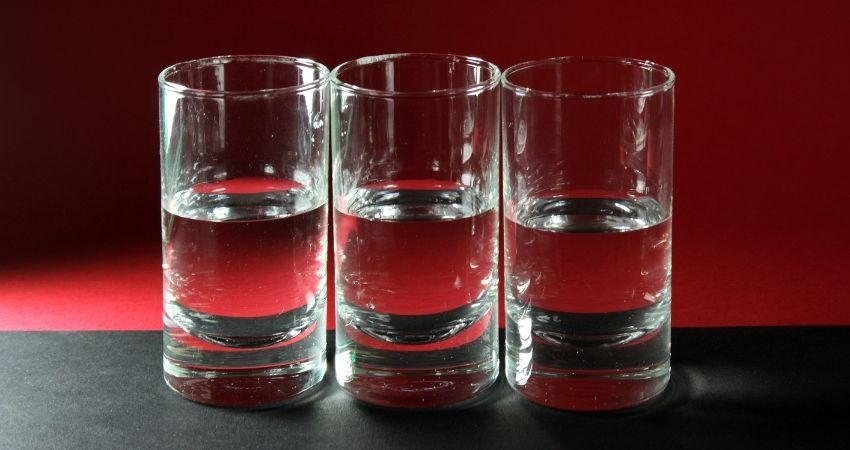 Grey Goose and Smirnoff are two popular vodka brands that are on opposite ends of the spectrum in the American market.

If you don’t know which vodka brand to get, you have to determine which vodka is better in terms of taste, price, and overall quality. Is it Grey Goose or Smirnoff? Here is what I found!

If you want to learn more about the similarities and differences between Grey Goose and Smirnoff, as well as which brand is superior, keep on reading!

Is Grey Goose Better Than Smirnoff?

With regards to quality, Grey Goose is better than Smirnoff.

Grey Goose is made from 100% Picardie winter wheat, and Grey Goose mills the wheat themselves to ensure that the vodka meets Grey Goose standards.

In contrast, Smirnoff does not disclose their grain and water source. Currently, the only detail known about Smirnoff’s base ingredient is that Smirnoff uses non-GMO corn.

In terms of heritage, few vodkas can compare with Smirnoff because Smirnoff dates back to 1864 and was created by a peasant in Tsarist, Russia.

While Grey Goose is also considered more neutral than other spirits, Grey Goose’s citrusy notes are often overpowered by an intense peppery taste, and Grey Goose has an after-burn.

Which Is Stronger, Grey Goose Or Smirnoff?

Smirnoff and Grey Goose both bottle their unflavored vodkas at 40% ABV or 80 proof. Nonetheless, Smirnoff has 90 and 100 proof vodka, making Smirnoff stronger than Grey Goose.

In contrast, Grey Goose only produces 80 proof vodkas, and the Grey Goose Essences line has a lower alcohol content at 30% ABV or 60 proof.

Similarly, most of Smirnoff’s flavored vodkas are bottled at 30% to 35% ABV.

In terms of flavor, unflavored Grey Goose is stronger than Smirnoff because of Grey Goose’s peppery undertones.

Nonetheless, whichever brand is stronger in terms of flavor depends on what specific Smirnoff and Grey Goose products you drink. 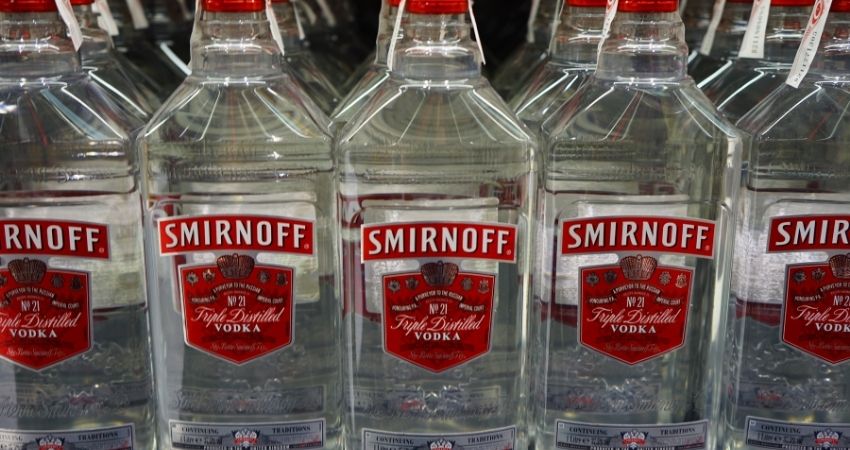 Interestingly, Smirnoff suffered a decline in sales in 2020, but that still didn’t give Grey Goose any leeway to top Smirnoff’s sales.

Apart from having a better rapport with consumers in terms of taste, Smirnoff’s affordability and tenure in the vodka industry are the reasons Smirnoff sells more bottles than Grey Goose.

Grey Goose is more expensive than Smirnoff and these vodkas have a drastic price difference since you can typically buy 2 bottles of Smirnoff at the cost of 1 Grey Goose bottle.

Is Grey Goose Smoother Than Smirnoff?

Opinions vary on whether Grey Goose is smoother than Smirnoff.

Some blind taste tests favor Smirnoff because of Smirnoff’s flavorless and odorless mouthfeel that yields no burn.

In contrast, Grey Goose is also neutral, but Grey Goose has a peppery finish and a lasting burn.

On the other hand, some people claim Grey Goose has no burn and that Grey Goose’s thorough distillation makes Grey Goose one of the smoothest vodkas in the market.

Ultimately, a vodka’s smoothness is influenced by the consumer’s alcohol tolerance and keenness in perceiving the nuances in flavor, aroma, and texture.

What Is The Difference Between Grey Goose And Smirnoff?

Grey Goose and Smirnoff have plenty of differences, starting from their base ingredients.

While both are made from grain, Grey Goose uses winter wheat while Smirnoff uses non-GMO corn.

Furthermore, Grey Goose is distilled only once because any more than that would compromise the character of Grey Goose vodka.

In comparison, Smirnoff is distilled 3 times and filtered 10 times to achieve a neutral flavor profile and clean finish.

Regarding their reputation in the vodka market, Grey Goose is considered a top-shelf brand in America while Smirnoff is often classified as a bottom-shelf brand.

Mainly, this has something to do with their difference in price and marketing. Grey Goose targets the upper class while Smirnoff targets general consumers.

Nonetheless, Smirnoff is regarded as a top-shelf brand in other parts of the world, including London.

Take a look at our related articles to learn if vodka is strong, how many times Grey Goose is distilled, and what Smirnoff vodka is made from.

When it comes to taste, Smirnoff proved to be superior to Grey Goose in numerous blind taste tests, but some consumers will prefer Grey Goose over Smirnoff.

Whether you end up liking Grey Goose over Smirnoff or vice versa depends on your preferences, budget, and experience with drinking vodka.