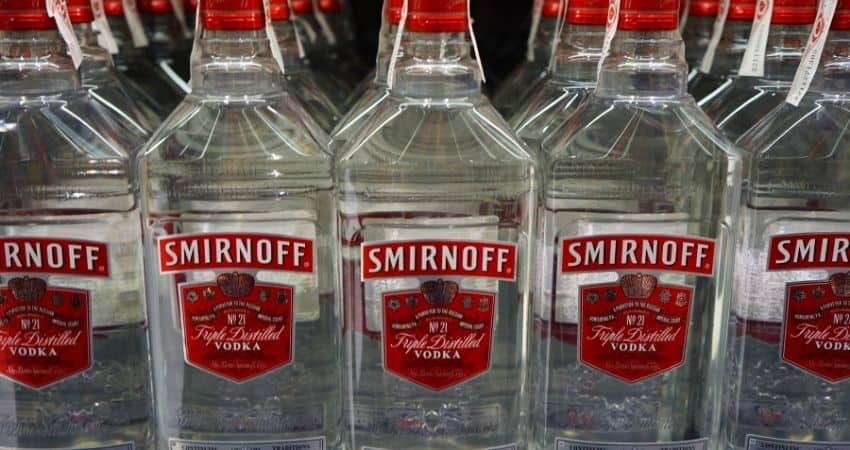 As one of the most popular vodka brands in the world, Smirnoff is surely a name you heard of. However, with great fame comes numerous questions.

If you never had Smirnoff before, you must be wondering what Smirnoff vodka is made from. I did the research, and here is what I discovered!

What Is Smirnoff Vodka Made From?

Smirnoff vodka is originally a Russian brand that is now being produced mainly in America. Although there is not much information about the specific source of Smirnoff’s ingredients, Smirnoff confirmed that they distill their vodka from non-GMO corn. Additionally, Smirnoff vodka is triple distilled and filtered 10 times to achieve the clean and smooth mouthfeel that Smirnoff is known for.

If you want to learn more about Smirnoff’s origins and how Smirnoff compares to other vodka brands, keep reading!

Is Smirnoff Vodka Made From Potatoes?

Smirnoff vodka is made from corn, not potatoes. While Smirnoff is originally Russian and potato vodkas were popular in Russia, Smirnoff has always been made from grain.

Additionally, Smirnoff does not use potatoes either as an additional ingredient or a replacement for corn in any Smirnoff products.

Is Smirnoff Made From Corn?

Smirnoff vodka is distilled from non-GMO corn. Nonetheless, Smirnoff does not disclose any more detail about the type of corn Smirnoff uses and where they harvest them.

Smirnoff vodka is considered a grain vodka because corn is classified as a grain.

However, since corn is naturally gluten-free, celiac sufferers can be sure that Smirnoff Vodka is gluten-free unless stated otherwise.

Is Smirnoff Vodka Made From Wheat?

Smirnoff vodka is not made from wheat. Additionally, Smirnoff has never used wheat to produce vodka, and Smirnoff does not mix their corn with wheat in any of Smirnoff products.

Since Smirnoff meets the legal definition of vodka, Smirnoff is considered real vodka.

What Is The Difference Between Vodka And Smirnoff?

Vodka is a type of spirit, while Smirnoff is a vodka brand. Contrary to popular belief, Smirnoff is not a kind of spirit.

Technically, Smirnoff fits the legal definition of vodka and is therefore labeled as one.

How Strong Is Smirnoff Vodka?

Smirnoff is bottled at different strengths, meaning Smirnoff is only as strong as the indicated ABV on the specific product you consume.

Nevertheless, Smirnoff also has a 100 proof version which is normally used for cocktails.

Meanwhile, Smirnoff flavored vodkas typically have a lower ABV of 35% or 70 proof.

How Do You Drink Smirnoff Vodka?

In case you do not like the taste of Smirnoff by itself, you will find that Smirnoff No. 21 and Smirnoff 100 Proof make great base spirits for numerous cocktails.

Additionally, you can use flavored Smirnoff vodka to make cocktails. 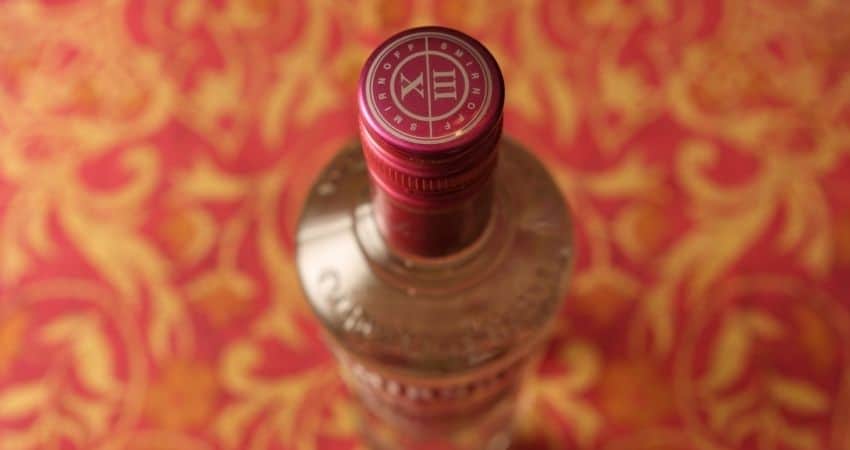 Smirnoff is cheaper compared to other popular brands like Absolut and Grey Goose. Generally, a standard 750-ml bottle of Smirnoff costs $8.99 to $14.99.

Why Is Smirnoff Vodka Cheap?

Smirnoff vodka is cheap because Smirnoff is mass-produced, and Smirnoff has been around for a long time, meaning Smirnoff can afford to price their vodkas low.

Unlike other brands that cost more, Smirnoff normally has a greater supply than demand. As such, Smirnoff cannot increase the cost of its products.

What Is The Best Smirnoff Flavor?

Nonetheless, of all the Smirnoff flavors, the Red White & Berry, Orange, Pomegranate, and Lime flavors are usually considered outstanding.

Why Does Smirnoff Taste So Bad?

Smirnoff can taste bad to a lot of people for varying reasons. Some people may simply be unaccustomed to drinking vodka while others may just prefer the taste of other brands.

Additionally, if you drink Smirnoff vodka warm, there is a big chance that Smirnoff will not taste pleasant at all. However, it is important to note that this is usually the case for most brands.

Ultimately, vodka is an acquired taste, and if Smirnoff does not appeal to your palate then you may think Smirnoff is a bad-tasting vodka.

Why Is Smirnoff Vodka So Popular?

One of the main reasons Smirnoff Vodka is so popular is because of Smirnoff‘s tenure. Smirnoff has been a major player in the vodka industry for over a century, giving Smirnoff a natural advantage.

Furthermore, Smirnoff is one of the most affordable vodka brands today. Since not everyone can splurge on premium brands, Smirnoff is valued as a trusted and accessible brand.

Does Smirnoff Give You A Hangover?

All alcoholic drinks can give you a hangover, especially if you drink excessively.

Even if Smirnoff is vodka and is the least likely spirit to cause a hangover, drinking too much Smirnoff on an empty stomach and being dehydrated can result in a severe hangover.

How Many Shots Of Smirnoff Vodka Does It Take To Get Drunk?

Typically, the average woman will get drunk on an 80-proof vodka after 5 to 6 shots. In contrast, it will take men around 10 to 11 shots of vodka to feel intoxicated.

Read our other articles to find out what Smirnoff vodka is, if Smirnoff is Russian, and why your vodka freezes.

Made from corn and produced in America, Smirnoff Vodka comes in multiple flavors and is bottled at proofs ranging from 70 to 100, giving consumers plenty of options.