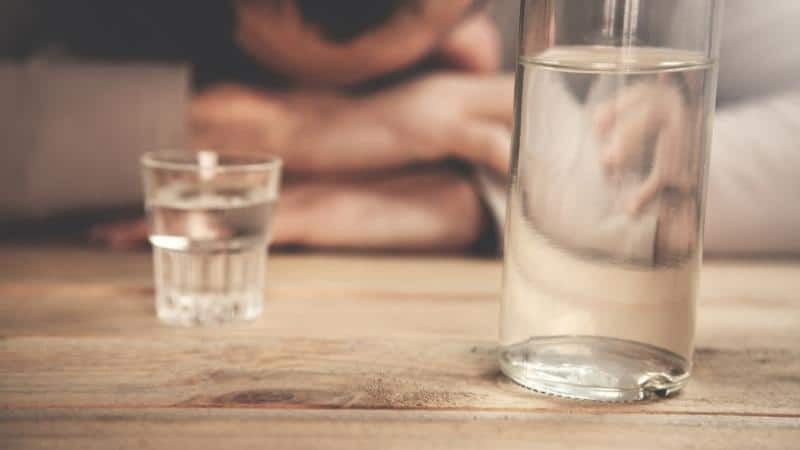 The world of liquor is full of exciting and tasty options, but if you’re not careful, you could easily end up with a terrible hangover or even acute alcohol intoxication.

If you’re interested in exploring vodka and its wide diversity of brands and flavors, you might be wondering if you can handle it. Just how strong is vodka? Here’s what I discovered!

Vodka is a distilled spirit with a minimum proof of 80, making it as potent as spirits like whiskey and rum. Nevertheless, its strength in terms of taste, burn, and intoxicating capacities differ per person. Based on its alcohol content, however, it’s safe to assume that whether diluted or mixed, vodka can easily cause intoxication.

If you want to learn more about vodka’s potency, why it’s strong, and how it compares to other spirits and alcoholic beverages, keep on reading!

Why Is Vodka So Strong?

Vodka attributes its strength in terms of alcohol content to the number of times it was distilled and the resulting proof that it gets after bottling.

As per the Bureau of Alcohol, Tobacco, Firearms and Explosives, vodka must have a minimum of 40% ABV or 80 proof.

Likewise, the European Union requires a minimum of 37.5% ABV or around 80 proof for vodkas created in Europe.

Essentially, the higher the proof of vodka, the stronger its alcohol content. In fact, the term “proof” originated from a gunpowder test back in 1500s England, wherein they soaked gunpowder in rum. If it ignited, then the rum has around 57% alcohol.

While 40% ABV is notably lower and is not considered flammable, it can still catch fire. This alone shows just how strong regular vodkas are.

Additionally, brands with a proof of 90 or higher are distilled more times than usual to achieve a certain level of purity.

Vodka with 50% or more alcohol content is severely intoxicating and it’s recommended that you use it as a mixer instead of drinking it straight.

Another factor that gives people the impression that vodka is stronger than other spirits is that it’s made of pure ethanol and water.

Due to the neutral taste that this combination brings, you might feel like you are drinking pure ethanol.

Nonetheless, it must be noted that not all vodkas taste and smell like pure ethanol, and not all brands produce a burning sensation when consumed.

When vodka is perceived as strong due to its bad taste and strong burn, it’s believed that the brand is bottom-shelf.

Bottom-shelf vodkas have this reputation because they aren’t distilled enough times or properly enough to remove the harshness in their vodkas’ mouthfeel.

In contrast, top-shelf brands are smoother and cause less or no burn altogether. They also induce minimal hangovers due to the lack or absence of congeners in the final product.

Since top-shelf brands are distilled properly and sufficiently, the substances called congeners, which are linked to hangovers, are either reduced or eliminated completely.

Moreover, vodkas with below-minimum ABV are becoming a trend. While they’re not accepted by everyone as true vodka, they are government-approved.

One such vodka is KEEL vodka, which is distilled from potatoes and has a staggeringly low ABV of 23.8%. 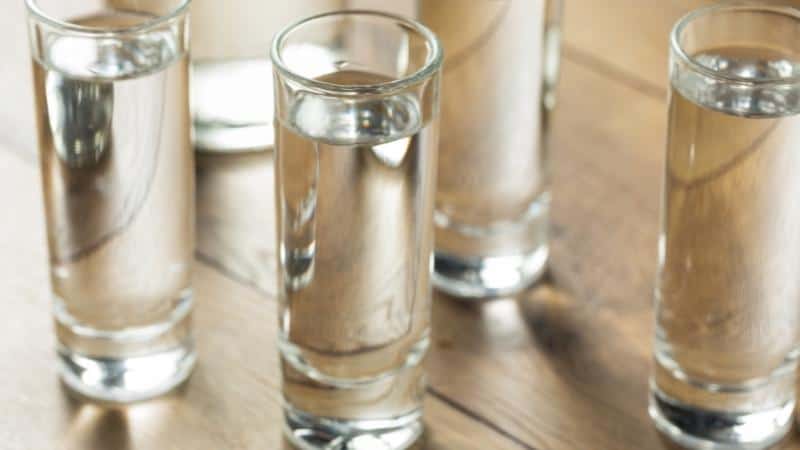 A 60 proof vodka has 30% ABV and can be quickly intoxicating if consumed in succession within a short amount of time.

Compared to standard vodkas with 80 proof, however, 60 proof is more manageable. But this applies only to vodka or alcohol regulars who are used to 40% ABV drinks.

If you have a poor alcohol tolerance, are small in stature, and you drink a 60-proof vodka on an empty stomach, you’ll find that it’s enough to get you severely drunk after a few shots.

A vodka with 100 proof has 50% alcohol content and is considered flammable. It’s also for this reason that it’s called “full proof.”

While there are vodkas that have 190 proof, you’ll find that a 100 proof vodka hits significantly harder than its 80 proof counterpart.

If it took you six or so shots of vodka to get drunk before, consuming 100 proof vodka might require only half that number to get you inebriated.

Nonetheless, the rate at which any spirit intoxicates you depends largely on your gender, alcohol tolerance, weight, and food consumption.

Does Vodka Get You More Drunk?

Whether vodka gets you drunker than other spirits and alcoholic beverages depends on factors like the vodka’s proof, how you consume it, and your alcohol tolerance.

In general, vodka tends to have a higher alcohol concentration than most alcoholic beverages, and it’s believed to be more potent than other spirits.

Nonetheless, vodka’s effect on each person varies. It also matters which alcoholic drink you’re comparing it to.

Beer and wine, for example, have much lower ABVs, while spirits like whiskey and rum typically have the same ABV as any regular vodka.

If you want to learn more about vodka, you can see our related posts on how much vodka is in a shot, whether vodka is a girly drink, and if vodka gets better with age.

There are many factors to consider when determining whether vodka is a strong drink for you. Moreover, your choice of brand also influences its strength in terms of flavor and ABV.

Nonetheless, vodka’s high alcohol concentration makes it more potent than drinks like beer and wine, as well as some spirits.

When consumed neat and in succession, most people will find themselves quickly intoxicated by regular vodka.