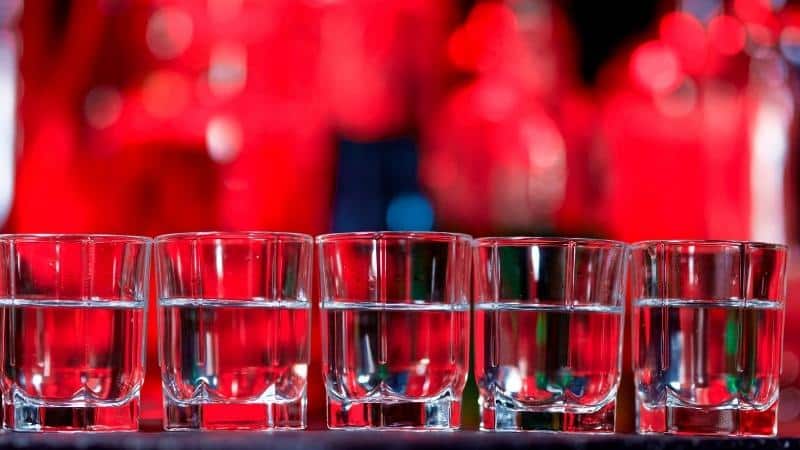 Skyy is a popular vodka brand worldwide and is one of the leading premium vodkas in America. Apart from being affordable, Skyy is known for having no bitter taste.

If you want to understand what makes it so great and why it isn’t bitter like other vodkas, you’ll want to know what Skyy Vodka is made from. Here’s what I discovered!

What Is Skyy Vodka Made From?

Skyy Vodka is made from American grains. However, Skyy does not specify the type of grains they use. Additionally, they switched to a better water source when they chose to dilute their vodka with water enhanced with Pacific Minerals. Moreover, they use real fruits to flavor their Skyy Infusions line but also admit to adding sugar to it.

If you want to learn more about the ingredients used in Skyy Vodka, how many times Skyy is distilled, and at what different proofs Skyy is sold worldwide, keep on reading!

What Ingredients Are In Skyy Vodka?

Skyy Vodka is made from 100% American Midwest grains, although Skyy does not disclose the specific type of grain used because their recipe is proprietary.

To further refine their water, Skyy filters it through California limestone. After creating a neutral spirit from grain, they dilute the alcohol with mineral-filled water to bottling strength.

As for its flavored variety, Skyy claims that it uses only real fruit and avoids artificial flavorings.

What Grain Is Skyy Vodka Made From?

Skyy Vodka is made from American grain but Skyy does not specify what specific grain they use. All they confirm is that it’s 100% American grain sourced from the Midwest.

Nonetheless, Skyy is sometimes referred to as a wheat product but whether it truly is made from wheat is still up for confirmation.

Is Skyy Made From Corn?

Since corn is a type of grain, one could speculate that Skyy might be made from corn but this cannot be confirmed. It only mentions on their website that they use American grain.

However, since Skyy is more often associated with wheat, there’s a slim chance that Skyy uses corn as the base ingredient for their vodka.

However, just like most vodkas, Skyy is made from grain alcohol. After the base ingredients are fermented and the resulting alcohol is distilled, it reaches an ABV of around 92 to 95%.

Nonetheless, brands like Skyy need to dilute the grain alcohol they produce to a minimum of 40% ABV which is the acceptable bottling strength for vodka in the United States.

Does Skyy Vodka Have Sugar? 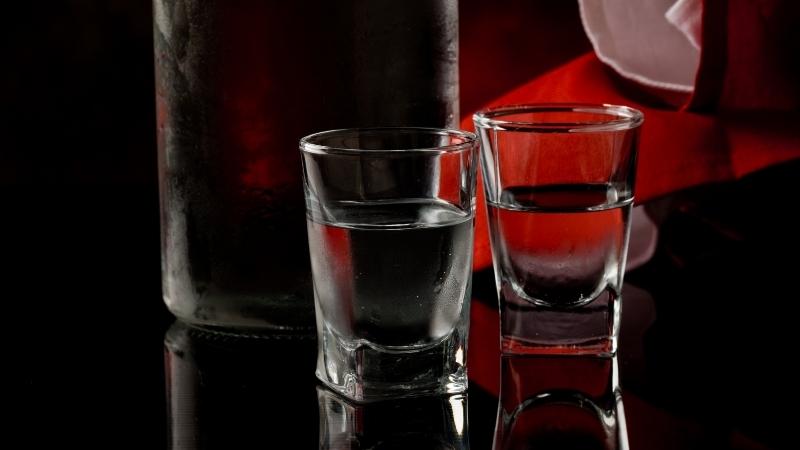 Classic Skyy Vodka contains no sugar. However, the Skyy Infusions line does. In fact, Skyy differs from most vodka brands because they openly share on their label the added sugar.

How Many Times Has Skyy Vodka Been Distilled?

Skyy Vodka is distilled four times and filtered three times to produce a vodka that is clean and smooth.

Moreover, this type of distillation method made Skyy the world’s first quadruple-distilled and triple-filtered vodka.

How Much Proof Is Skyy?

In addition, the Skyy Infusions line typically has 35% ABV.

Skyy claims that their quadruple-distillation and triple-filtration method yields a vodka with a spicy and citrusy scent.

However, some people who reviewed Skyy vodka reported that it smelled subtly of paint thinner.

On another occasion, Skyy is remarked as having the scent of citrus and juniper berries.

Whether Skyy smells favorable or not depends largely on the person smelling it and their preferences.

Since Skyy is made from grains, it is originally not gluten-free. However, the triple distillation it undergoes is believed to be enough to remove gluten-proteins.

While Skyy vodka does not have any gluten-free certifications on its bottles, a lot of people believe that since it’s a distilled spirit, it’s naturally gluten-free.

Additionally, Skyy claims that their vodka does not contain any wheat gluten or other proteins.

Classic Skyy Vodka is believed to be gluten-free. Nonetheless, the same cannot be said about their flavored vodkas.

Unless Skyy confirms that their Skyy Strawberry Vodka and similar products are gluten-free, it’s best to assume that they aren’t.

No animal products are used in making Skyy Vodka, either in the ingredients or in the manufacturing process.

Moreover, Skyy confirmed that the charcoal they use is inorganic.

Skyy Vodka, both its unflavored and flavored variety, is not certified Kosher. Moreover, Skyy makes no claim that they are Kosher or that their vodkas are suitable for Passover.

Take a look at our related articles to discover how to drink vodka straight, what French vodka is, and why your vodka froze.

Skyy is a premium American vodka made from 100% American grains. While they do not disclose the specific type of grain they use, people speculate that Skyy uses wheat.

In 2021, Skyy enhanced their vodka by switching to water rich in Pacific Minerals. Skyy sources this water from the San Francisco Bay Area.

To create their Infusions line, Skyy uses real fruit. That said, they did admit to using sugar as well, which is a transparent move considering that vodka brands rarely disclose this fact.

While Skyy is made from grains, they claim that their vodkas do not contain gluten proteins. Moreover, they do not use animal products, making them vegan-friendly.