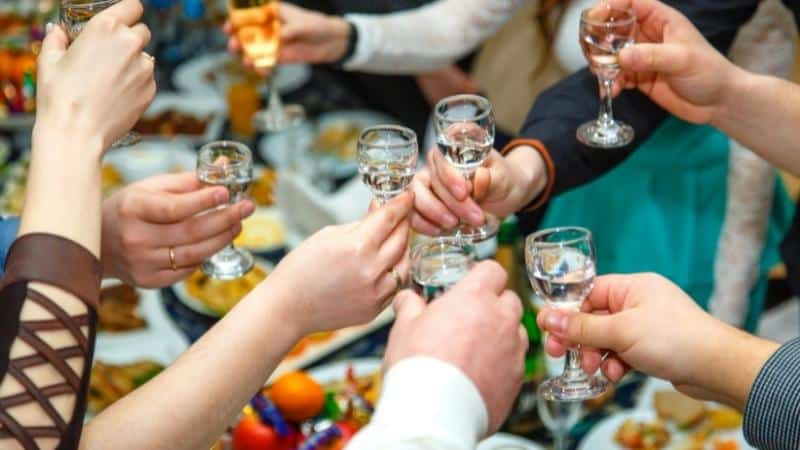 Vodka has been associated with Russia for the longest time and for several good reasons too. The primary one is Russia’s extensive vodka production and consumption.

If you’re wondering why vodka is so popular in Russia, you’re not alone. I did the research and here’s what I discovered!

Why Is Vodka So Popular In Russia?

Vodka is popular in Russia due to its role in Russian history, social practices, and even political endeavors. Moreover, the wide assortment of vodka in distribution within Russia makes it easily accessible and more affordable for the masses. Because of its history in medicine, Russians also believe that vodka has curative powers that can treat mild ailments.

If you want to know why vodka is the preferred spirit in Russia and whether Russia drinks the most amount of vodka in the world, keep on reading!

Why Do Russians Prefer Vodka Over Other Spirits?

Apart from being Russia’s national drink, vodka is a favorite among locals due to its heritage, taste, and affordability.

No matter where in Russia you go, you’ll find liquor stores that sell vodka and even stores dedicated to selling only vodka.

This makes it more accessible than other distilled spirits and the variety provides everyone with a choice that can fit their budget.

On another practical note, vodka’s high alcohol content can warm the body which is helpful when temperatures in Russia drop to -6°C or 22°F.

Using vodka for warmth may be a medieval excuse, but for a country that’s known for having strong drinkers, it’s good enough to justify taking more shots of vodka in the winter months.

Moreover, vodka is typically the drink of choice of Russians who want to develop camaraderie with other locals or foreigners.

Vodka is a drink intrinsically tied to companionship and fun times, and you need only to look at Russian history to see that it has been viewed as such for the longest time.

Unlike in America or the UK where vodka shots are taken casually or at random, Russians make sure to give a toast before every shot.

In the political arena, it’s rumored that politicians toast to vodka as many as 30 times to get foreign dignitaries drunk enough to let down their guard and divulge confidential information.

Finally, vodka is the preferred distilled spirit in Russia because of its roots as a medicinal tool, specifically as an antiseptic and disinfectant.

Russians believe so strongly in vodka’s curative nature even as a drink, that they often recommend a shot to remedy mild ailments like sore throat.

Nonetheless, vodka isn’t the most consumed alcoholic beverage in Russia according to statistics.

Does Russia Drink The Most Vodka?

Russia consumes more vodka annually than any other country in the world with Poland and Ukraine coming in second and third.

According to statistics, Russians drink an average of 17 shots of vodka monthly. This should not come as a surprise given vodka’s association with Russian culture and the wide range of vodka brands available across the country.

Why Is Vodka So Cheap In Russia? 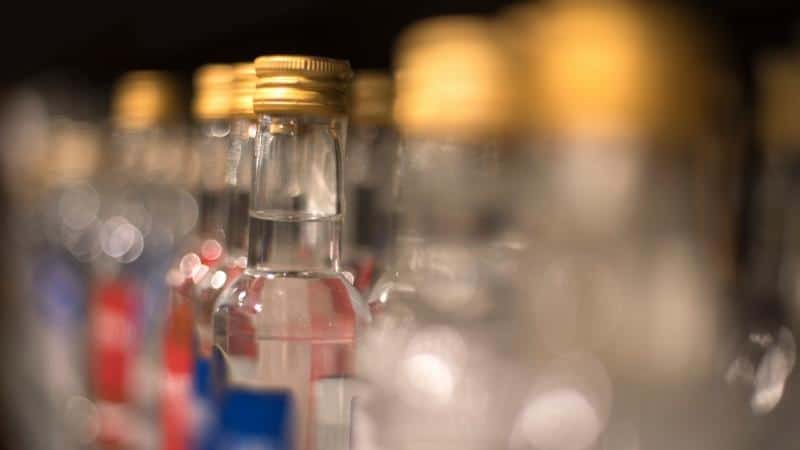 Vodka sells cheaply in Russia compared to other countries due to the stiff competition among vodka brands. That said, not all vodka brands in Russia are budget-friendly.

Due to the high demand for vodka, illegally distilled spirits began circulating in the general public and this caused dozens of deaths.

To address this, the Russian government lowered the minimum price for vodka to 185 Rubles in 2015 hoping that this would discourage people from buying bootlegged vodka.

In 2016, however, the government doubled back when they started their anti-alcoholism campaign.

By increasing the minimum price of vodka to 190 Rubles per half a liter of vodka, the Russian government aims to lower the deaths caused by alcoholism in their country.

Why Is Russia Famous For Vodka?

Russia is famous for vodka primarily because vodka is deeply intertwined with their tradition, and they remain the biggest producer and consumer of vodka in the world.

Moreover, Russia distributes some of the finest vodkas to date and their vodka drinking tradition is something most foreigners look forward to experiencing on a trip to Russia.

Furthermore, films, songs, commercials, and other forms of media have popularized Russia’s vodka culture to the world, and with great accuracy too.

Even the wildest portrayals have some truth in them, and this can be proven by many accounts that involve unexpected names like Churchill, Stalin, and Roosevelt.

There is something known as “vodka diplomacy,” in which Russian politicians throw massive banquets to celebrate major political events.

What Vodka Do Russians Drink?

Some of the top-shelf Russian vodka brands that are famous within their country include:

However, not everyone in Russia can afford top-shelf brands and these people often don’t care which brand they choose as long as they can afford it.

Additionally, some brands are sold only in certain regions and at competitive prices too, allowing them to win over more customers through accessibility and affordability.

Vodka is also a far simpler concoction than wine and it doesn’t have a wide variety of flavors that make some brands more preferable than others for people who just want to get drunk.

If you want to learn more about vodka, you can see our related posts on where vodka comes from, whether vodka is from Russia, and lesser-known vodka facts.

Vodka is Russia’s national drink not just in name but also in practice.

Since vodka goes way back to the middle ages and has influenced Russia’s history, culture, and tradition, vodka easily outdoes other distilled spirits in terms of preference and value.

Vodka remains a beloved companion in every social and political event and it continues to be used to develop friendships and break down barriers between nationalities.

Additionally, vodka is widely distributed throughout Russia, and the many brands available to the general public make it more accessible than other alcoholic beverages in the market.