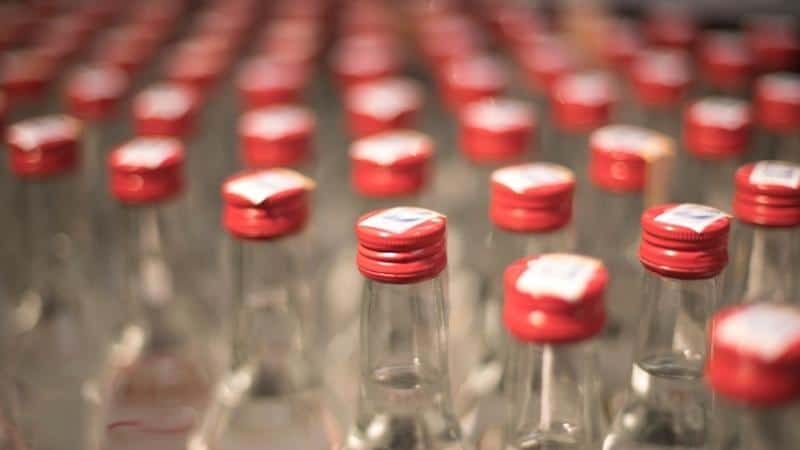 Vodka remains one of the most sought-after liquors in history but in spite of its popularity, its origin is still shrouded in mystery and is often a cause for debate.

You might be wondering which nation invented vodka and how it became a key part of some cultures. So just where did vodka come from? Here’s what I found out!

Where Does Vodka Come From?

Vodka is believed to have originated in either Russia or Poland. Many historians and vodka connoisseurs still debate its long and slightly obscured history but the most widely recognized inventor of vodka is a Russian monk named Isidore. For this reason, more people attribute vodka’s creation to Russia. Additionally, Russia consumes more vodka than any other country.

If you want to learn more about vodka’s origins and what evidence points to either Russia or Poland as vodka’s originator, keep on reading!

Where Does Vodka Originally Come From?

Vodka’s origins can be traced back to both Russia and Poland, although there’s no evidence to prove which between these two countries made the first vodka in history.

To this day, Russia and Poland assert that they invented vodka and they both have sufficient proof to validate their claims.

In the 1970s, Soviet historians attempted to settle the matter by conducting an investigation. They discovered that vodka was first produced by monks in Chudov Monastery.

In particular, Isidore, who was conversant with distillation equipment, created an alcoholic drink in the late 15th century which they called “bread wine.”

It would take a couple of years before they called it “vodka,” which is derived from the Russian word “voda” that means “little water.”

As for ingredients, Isidore and the other monks used alcohol from Genoa that was delivered to them in Feodosiya, a Crimean port. Later, they transitioned to local wheat or rye.

Additionally, vodka was first documented in Russia through a decree issued by Empress Elizabeth I in 1751.

This decree regulated distillers that produced vodka and endorsed vodka’s consumption throughout Russia.

Although many people believe that this version of events is politically biased, there are historical indications that suggest vodka did come from Russia, but in the 900s.

During that time, vodka was not just used for drinking but for medicinal and cosmetic purposes as well.

Regardless of any evidence presented by Russia, Poland continues to argue that they invented vodka in the middle ages, from 500 to 1500 CE.

In fact, the Palatinate of Sandomierz, which was a local government unit in Poland, had written records in 1405 that mentioned vodka.

More importantly, the document which is known as “Akta Grodzkie” or “recorder of deeds,” remains the earliest record of vodka to this day.

According to Poles, “vodka” is derived from the Polish word “wódka” which referred to chemical compounds in cosmetics and medicines. However, they called vodka “gorzalka” which means “to burn.”

Gorzalka was primarily used in Poland as a treatment for wounds and illnesses, especially during the black death in Europe.

Incidentally, this coincides with a mention of vodka in Russia in 1533 which was imported from Poland by merchants for medicinal purposes.

Gorzalka was mentioned next in 1534 by Stefan Falimierz in his medicinal manual titled O ziolach y o moczy gich which translates to “On Herbs and Their Potency.”

What’s more, the third mention of vodka was in Empress Elizabeth’s decree in 1751, which is why the Poles are convinced that they invented vodka.

While there’s enough evidence to prove that Poland produced vodka as far back as the 16th century, they didn’t venture into industrial production until the 18th century.

Interestingly, the mass production of vodka in Poland happened in its eastern regions, which were under the Russian empire at that time. 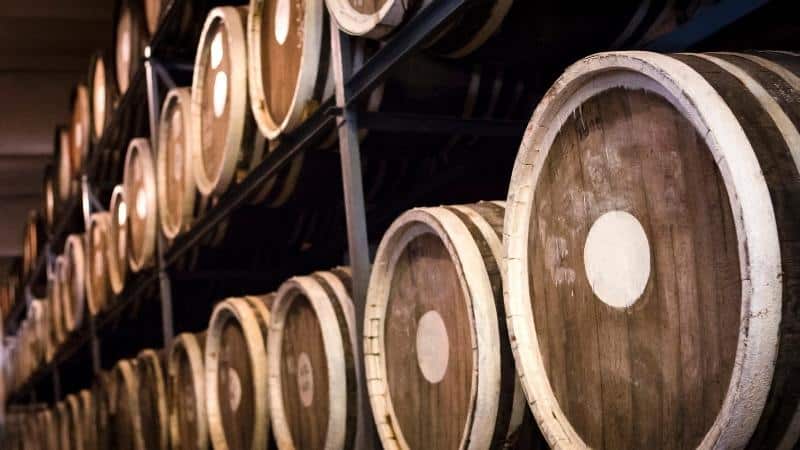 History recognizes Isidore, a Russian Orthodox monk from Chudov Monastery as the inventor of vodka.

Isidore possessed remarkable knowledge and skills when it came to distillation and he used them to concoct the very first vodka sometime in the 15th century.

Nonetheless, this claim is regarded by some people as a myth propagated by Russian cuisine expert William Vasilyevich Pokhlyobkin.

Furthermore, other historical data suggests that vodka came to Russia in the latter part of the 14th century as a distilled liquor closely resembling the early versions of vodka.

A Genoese ambassador came to Moscow in 1386 and presented the Grand Duke Dmitry Donskoy with the first “living water” or aqua vitae.

Moreover, aqua vitae is recognized as the predecessor of modern-day hard liquors, including Russian vodka. Isidore may have used this to come up with his recipe for vodka.

Where Does Potato Vodka Come From?

Both Russia and Poland produced potato-based vodka in the past.

There persists a theory that since Russia and Eastern Europe weren’t producing a lot of grains at the time of vodka’s conception, they used potatoes instead.

Additionally, historical records show that Europe cultivated potatoes in the mid-1500s, which would be quite some time since vodka was first mentioned in print in 1405.

Furthermore, this precedes the documented use of potatoes as a base ingredient in Poland.

As reported by Patricia Herlihy in her book Vodka: A Global History, Poland didn’t use potatoes as a base ingredient until 1843 at the least.

Based on this information, it would be safe to assume that potato-based vodka originated in Russia.

There’s still a lot of debate about whether vodka originated from Russia or Poland.

Both Russia and Poland have historical data that prove the presence of vodka in their countries as far back as the middle ages.

Additionally, Russia asserts that “vodka” comes from the Russian word “voda,” while Poland insists that it came from the Polish word “wódka.”

Nevertheless, the most widely credited inventor of modern-day vodka is a Russian orthodox monk named Isidore, which is why a lot of people believe vodka originated in Russia.