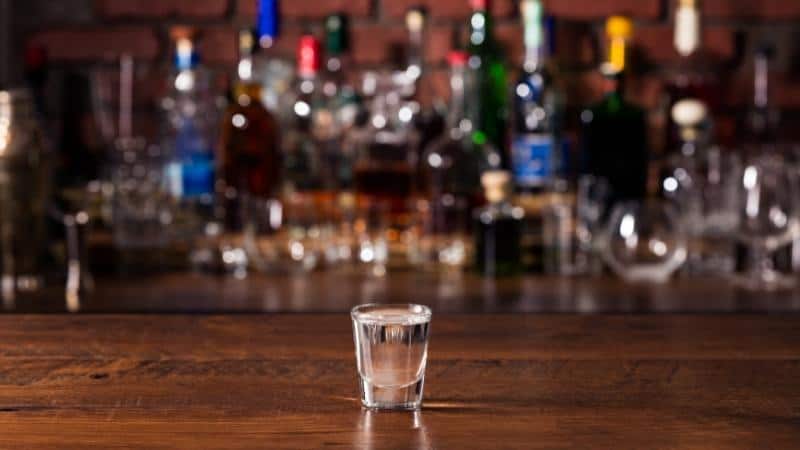 Vodka is a well-loved drink with a large assortment of flavors, a notorious reputation, and a rich and somewhat mysterious history.

If you want to get to know your favorite spirit better, you’ll be pleasantly surprised at the many interesting and lesser-known facts about vodka. Here are 23 of them worth knowing!

While both Russia and Poland still assert that they invented vodka, Russia is the one most associated with this popular spirit, and for a good reason.

Apart from vodka’s high alcohol content and history in Russia, it has been the preferred liquor of Russians for centuries thanks to its inability to freeze.

After all, Siberia has brutal winters and it pays to have a strong liquor that won’t freeze and can be readily downed when you need it to keep you warm.

2. Russia Ran Out Of Vodka Once

To celebrate the Soviet Union’s victory against Nazi Germany on May 9, 1945, the Russians partied in Moscow like there was no tomorrow.

In fact, they partied so hard that they ran out of vodka within 22 hours. By May 10, there was not a single bottle of unopened vodka left in Moscow.

3. Russia Banned Vodka And It Resulted In An Abdication

In 1914, Tsar Nicholas II banned any sale of vodka to eliminate drunkenness within the army and promote a more organized recruitment process at the advent of World War I.

However, he failed to anticipate that this would rob the state of one-third of its revenue and cause food shortages as people used grain to create samogon or moonshine.

Additionally, it was the unintentional precursor to the Women’s Day March in 1917, which is one of the reasons Tsar Nicholas II abdicated the Russian throne a week later.

4. There Is Such A Thing As A Vodka Belt

It’s not only the Russians that have a thing for vodka. Many northern countries in Europe celebrate vodka as an intricate part of their history and culture, hence the vodka belt.

This belt consists of Russia, Belarus, Poland, Slovakia, Ukraine, Estonia, Lithuania, Latvia, and the Nordic countries with the exception of Denmark.

With the colder climate in these regions, grapes are difficult to grow, making vodka the preferred alcoholic beverage due to its straightforward production and inability to freeze.

5. Vodka Was A Wonder Drug

Back in the middle ages, vodka was initially regarded as a wonder drug believed to cure virtually any condition and disease, from infertility and infections to the Black Death itself.

In fact, vodka was shipped from Poland to Russia in the Middle Ages to help remedy the devastating effects of the Black Death pandemic, one of the most deadly plagues in history.

Interestingly, vodka is quite an effective disinfectant according to modern medicine. If you get stung by a jellyfish or come in contact with poison ivy, just pour vodka over the wound.

Distillation originated in Europe but the process back then wasn’t as thorough as the ones used by modern distillers. As a result, their vodkas had more impurities.

This resulted in harsh flavors so distillers used fruits and spices to mask them. Granted, they aren’t the same as flavored vodkas today but they weren’t neutral either.

Pyotr Smirnov was a serf in 17th century Russia who wanted to get ahead in life. His ambition led him to create his own vodka and market it in the most brilliant way possible.

To generate demand for Smirnoff vodka, Pyotr gave his poor neighbors a free taste of it and paid them to demand his vodka in local pubs.

8. Russians Have A Toasting Etiquette For Vodka

It’s not a secret that Russians love their vodka but not many people know how esteemed this spirit is in their culture. In Russia, nobody only drinks vodka—they have to toast it.

To make matters more interesting, you don’t just toast once. You have to toast before every drink, and there’s a specific order too. 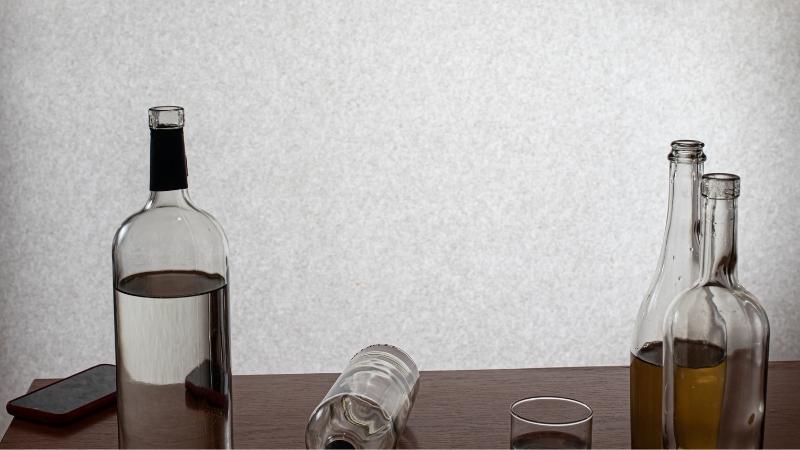 Regular vodka neither expires nor spoils, but it can weaken quickly once you open the bottle. This is why you should make it a goal to finish your vodka within a year of opening it.

On the other hand, an unopened bottle of vodka can last indefinitely but you should probably not wait twenty years.

Thanks to the Coffey or column still systems, vodka became the neutral spirit the world knows today. Unlike batch distillation, column stills can run continuously.

When vodka is continuously distilled, it’s stripped of any impurities that can give it flavor. Therefore, it’s safe to say the flavor was sacrificed in the name of a more alcoholic spirit.

11. Vodka Is Purer Than You Think

Compared to other liquors, vodka is unarguably purer.

This is partly because regular vodka is composed only of ethanol and water and is distilled so many times it barely has any impurities.

While the majority of vodkas in distribution today are made of grains, that doesn’t mean that they contain gluten. In fact, brands like Tito’s that use corn are certified gluten-free.

Again, this is possible because of the thorough distillation process that vodkas undergo. By the time the vodka is ready for bottling, it has zero gluten from its base ingredient.

13. Vodka Has The Least Calories

Due to the fact that vodka is just a mix of ethanol and water, it shouldn’t be surprising that it is an alcoholic drink with the least amount of calories.

14. Vodka Has Some Of The Strangest Flavors

Since vodka is a neutral spirit, distillers found it easy to come up with some outrageous flavors in an effort to appeal to more drinkers.

When a batch of vodka comes off as too harsh after the distillation process, distillers can correct this by adding glycerin, sugar, or citric acid.

These additives suffice to mask whatever unwanted tastes the vodka has so that distillers can maintain the uniformity of their brand.

16. Potatoes Aren’t The Most Popular Base Ingredient

While vodka is widely known as a liquor made from potatoes, it neither originated from them nor are they the predominant base ingredient for vodka today.

Grains were actually the first base ingredient for vodka since potatoes didn’t reach Europe until the 16th century.

Additionally, only 3% of vodkas today are made from potatoes with more distillers favoring grains and fruits due to the smoother mouthfeel they give vodkas.

17. Vodka Can Be Infused With Almost Anything

Distillers aren’t the only ones coming up with strange vodka flavors. Even homebrewers experiment with vodka by infusing it with a wide assortment of foodstuff.

Think fruits, vegetables, herbs, and even Skittles. More daring homebrewers have even tried infusing vodka with bacon and chocolate to great success.

Vodka’s minimum ABV of 40% makes it an ideal substitute for traditional commercial products like cleaners, deodorizers, and insect repellents.

Furthermore, vodka is odorless, making it the preferable disinfectant and deodorizer for those who are sensitive to smell.

19. Vodka Is Crucial In DIY Aftershave

Vodka has enough alcohol content to serve as an excellent disinfectant after shaving. Of course, it’s better if you mix vodka with spices and rum for added benefits.

DIY aftershave with vodka has been gaining popularity due to the numerous recipes available online, equipping men with the knowledge needed to create a product that suits their individual preferences.

20. There Are Vodkas That Cost Millions

Billionaire Vodka currently tops the list of the most expensive vodka in the world with a whopping $7.25 million price tag per bottle.

Next on the list is The Eye of the Dragon which costs $5.5 million, and the cheaper Billionaire Vodka bottle which costs $3.7 million.

At the bottom of the million-dollar vodka list are the Russo-Baltique Vodka at $1.3 million, and the DIVA Premium Vodka at $1 million.

These brands are expensive because they’re filtered with high-quality charcoal and crushed gems, and their bottles are embellished with gold labels and diamonds.

Ethanol is less dense than water which is why water and alcohol don’t mix unless you stir them. Additionally, a liter of vodka weighs only 950 grams while water weighs 1000 grams.

22. There’s A Reason Vodka Is Stored In The Freezer

Most beverages are stored in the freezer to extend their longevity, but not vodka. Since vodka doesn’t technically expire, keeping it chilled has more to do with its flavor.

Regular vodka has 80 proof, giving it a lot of heat. However, serving vodka cold can tame that heat and improve its overall mouthfeel.

23. House Of Cards Got Vodka Wrong

House of Cards is a popular political thriller series and in one episode, the Russian president showed the US president how to drink vodka the Russian way.

In his demonstration, the Russian president downed a shot of vodka and sniffed rye bread. This sparked controversy because Russians would never do that with posh guests.

In reality, Russians often consume vodka with food, more specifically, cold hors d’oeuvres and random snacks. Once the food is gone, the rye bread is used as a chaser.

After taking a shot of vodka, Russians sniff the rye bread sharply and maybe chew on some pickles afterward. Apparently, sniffing rye bread can offset the taste of vodka.

If you want to learn more about vodka, you can see our related posts on whether vodka is flammable, whether vodka gets better with age, and what sizes vodka bottles come in.

If you want to learn more about vodka, you can see our related posts on what size vodka bottles come in, how big a fifth of vodka is, and whether vodka gets better with age.

Vodka is one of the most popular spirits worldwide and it also has one of the richest histories within the Vodka Belt and some interesting uses.

Not only is vodka a great liquor but it can also be used as a disinfectant, deodorizer, and an aftershave. Moreover, you can use vodka to treat jellyfish stings.

Best of all, vodka is a great mixer that both distillers and homebrewers can use to create a wide variety of flavors. If you want to try something new, PB&J vodka will not disappoint.