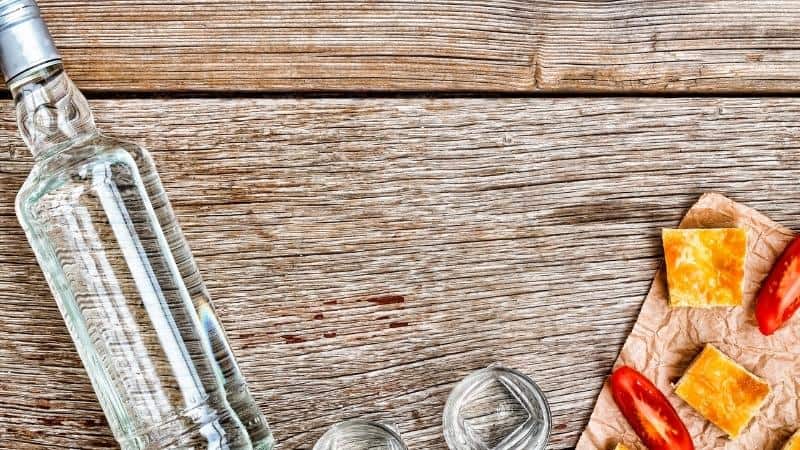 Since wine is widely known to get better with age, it’s natural to wonder whether the same is true with distilled spirits like vodka.

If you have a three-year-old premium bottle at home, you might be wondering whether your vodka has gotten better with age. Here’s what I found out about it!

Does Vodka Get Better With Age?

Vodka normally doesn’t get better with age because of the few possible chemical reactions between its ethanol and water content. In fact, an opened bottle of vodka is more likely to grow weaker over time. Additionally, vodka doesn’t age in bottles. It has to be matured in an oak barrel to achieve tamer heat and stronger flavor.

If you want to learn more about aged vodka, how it can be done, and what aging does to vodka, keep on reading!

Is Vodka An Aged Spirit?

Regular vodka is not classified as an aged spirit like most whiskey and brandies are.

After a vodka has been distilled, it can be immediately diluted with water and bottled. Moreover, bottled vodka no longer matures so its shelf life doesn’t count as age.

Why Is Vodka Not Aged?

Due to the fact that vodka is column distilled, the resulting alcohol has limited or no congeners at all.

In general, spirits without congeners aren’t appropriate for aging. There just wouldn’t be enough elements left in the alcohol that could transform the vodka over time.

On the contrary, pot-distilled spirits like Scotch and brandy retain enough congeners after distillation, making it possible for their flavors to evolve when matured in a barrel.

However, bourbon is an exception, because while it is column distilled, it can transform dramatically when aged.

What Is Aged Vodka?

Aged vodka is a vodka that has been allowed to mature in casks or oak barrels in order to reduce its heat and give it the wood’s flavor.

Unlike modern-day vodkas, not all 15th-century vodkas in Eastern Europe were bottled and consumed right away. Most of them were aged in casks for good reason.

Families traditionally cask-aged vodkas when they welcomed a newborn. They didn’t touch this aged vodka until the child’s wedding day.

It’s only in the past couple of years that popular distillers began aging vodka in oak barrels once more to give their products vanilla and fruity flavors.

Whiskey is typically aged anywhere from three to thirty years which is too long for vodka. Most distillers just age vodka for days, weeks, or months.

This is widely due to the fact that vodka has little to no congeners that can contribute to its maturation, therefore limiting the degree of transformation it can enjoy when barrel-aged.

Does Vodka Get Stronger With Age?

Vodka doesn’t get stronger over time in terms of flavor or alcohol content. If a vodka is barrel-aged, it will have a distinguishable flavor, but that’s about it.

An unopened bottle of vodka may retain its quality for many years but it’s bound to lose its strength after a certain period of time because few bottles are perfectly sealed.

On the contrary, opened bottles of vodka grow weak within the span of 12 months from opening. From then onwards, evaporation would reduce the vodka’s ABV.

Can You Oak Vodka? 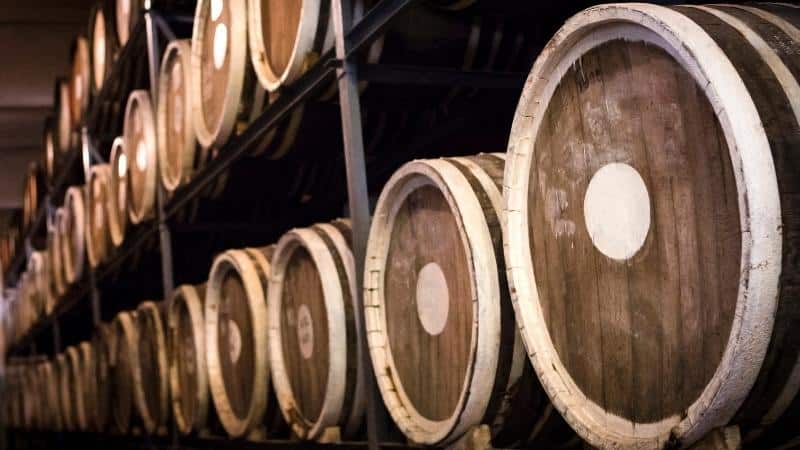 While it’s not common practice, distillers and homebrewers may oak vodka and get a more flavorful liquor as a result.

That said, purists may not consider this type of vodka genuine because it no longer fits the traditional neutrality of regular vodka.

What Happens If You Barrel Age Vodka?

Barrel-aging vodka will give it a richer taste and aroma. Moreover, vodka’s typical clearness will be replaced by a brown to golden color.

Additionally, allowing vodka to mature in barrels will tame the harsh notes produced by its high alcohol content, giving it a smoother and milder mouthfeel.

How Do You Age A Barrel Of Vodka?

To age vodka, you have to place it in a barrel. Oak barrels are the best for aging because they produce better flavors and you can get them in three to four varieties.

While distillers use 53-gallon barrels for aging vodka, homebrewers can use smaller barrels that can contain anywhere from 1 to 7 liters.

Furthermore, toasting or charring the barrels is common practice to bring out the sugar in the wood. Once the vodka is stored in the barrel, the sugars will be easily infused.

Vodkas can be aged anywhere from ten days to 12 months, depending on the size of the barrel. In general, the smaller the barrel, the shorter the aging process.

If you want to learn more about vodka, you can see our related posts on whether vodka freezes, if you can mix vodka with water, and if you can mix rum and vodka.

Vodka doesn’t get better with age in the same sense that wine does. However, it is possible to produce flavorful vodka through barrel-aging.

Barrel-aged vodkas infuse with the wood’s flavor and end up having caramel and vanilla notes and fruity aromas. Moreover, they will have a milder alcoholic taste than regular vodkas.

When a vodka has been bottled, however, it doesn’t age no matter how long you let it sit on a shelf. Chances are that the vodka will only weaken over time due to evaporation.