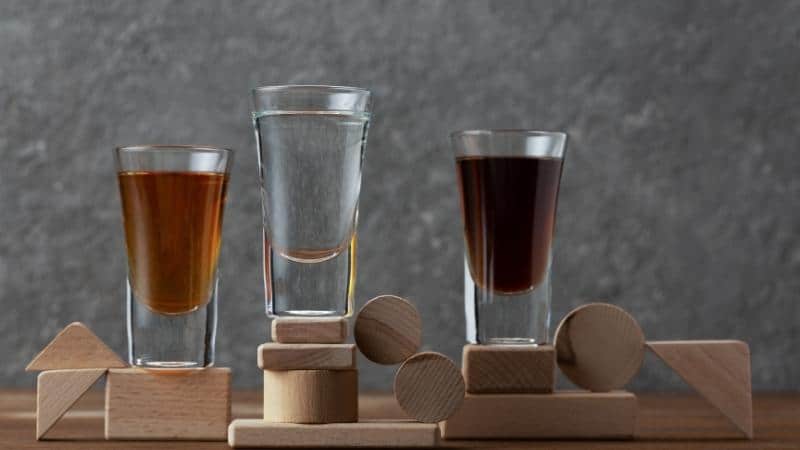 Vodka and rum are not only two of the most potent and satisfactory shooters. They are also great mixers, which is why they are used as the base spirit for most cocktails.

One might wonder whether these liquors would go as well together as they do with others, or whether vodka and rum can even be mixed in the first place. Here’s what I discovered!

Can You Mix Rum And Vodka?

Vodka and rum can be mixed, most notably to make a cocktail with additional ingredients like cranberry juice. However, both already contain a lot of alcohol, so this combination would result in a very potent drink. Moreover, mixing only vodka and rum will give you a sweet cocktail, but not a flavorful one.

If you want to know more about what happens if you mix rum and vodka, and the different types of rum you can use for your cocktail, keep on reading!

What Happens If You Mix Rum And Vodka?

Mixing rum and vodka will result in a highly alcoholic drink that could be palatable depending on a drinker’s preference.

Generally, a cocktail of rum and vodka won’t be rich in flavor because vodka is neutral and most rums possess a subtle but distinctive sweetness.

When you mix regular rum with corn-based vodka which is known to have sweet and buttery notes, the resulting drink will have a nectarous quality.

Given rum and vodka’s similarities in alcohol content and mouthfeel, it’s possible that they will not complement one another when mixed.

That said, whether a vodka and rum cocktail tastes good and is potent also depends largely on your choice of brand.

In most cases, mixing flavored rum with vodka or vice versa will result in a more enjoyable drink in terms of overall mouthfeel.

How Do You Mix Rum And Vodka?

When mixing only rum and vodka, place them in a cocktail shaker or pour them in the same glass. To tame their alcoholic taste, add ice or use chilled rum and vodka.

Depending on your desired result, you can either shake them in a mixer or stir them in a glass. Most cocktails made with rum and vodka are best served with ice or chilled.

Can You Mix White Rum And Vodka?

You can mix white rum and vodka, although chances are high that the resulting drink will have less flavor than a cocktail of dark rum and vodka.

Furthermore, white rum is extremely similar to vodka because of its neutral color and subtle taste. It’s because of these shared traits that they rarely complement one another.

To produce a more palatable rum and vodka cocktail, it’s highly recommended that you stick with dark rum.

Can You Mix Spiced Rum And Vodka? 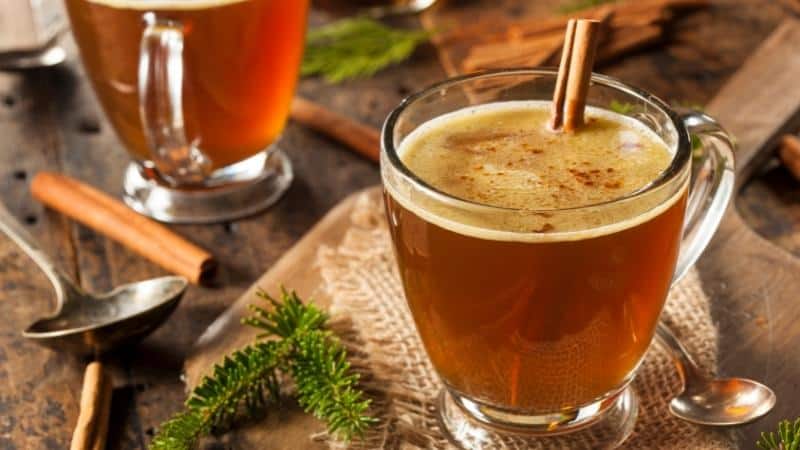 Vodka and spiced rum can be mixed to produce a delectable drink that has botanical, cinnamon, ginger, and vanilla notes.

However, when spiced rum and vodka are mixed without additional ingredients, it can be severely intoxicating.

Can You Mix Coconut Rum And Vodka?

You can mix coconut rum and vodka to achieve a delicious drink. Oftentimes, this cocktail includes ingredients such as cream, curacao, simple syrup, grenadine, and pineapples.

Contrary to popular belief, a coconut rum and vodka cocktail is not the same as a Malibu, which is a coconut flavored liqueur that uses Caribbean rum as its base spirit.

Is Rum Stronger Than Vodka?

Whether rum is stronger than vodka depends on the brands you are comparing, your alcohol tolerance, and your preferences.

Like vodka, rum must have a minimum alcohol by volume (ABV) of 40%. Nonetheless, this value can go up or down depending on the type of rum.

Both flavored vodkas and flavored rums usually have an ABV lower than 40%, while their regular counterparts can have an ABV as high as 80%.

That said, a vodka brand called Spirytus Rektyfikowany has 96% ABV. In terms of proof, vodka is significantly stronger than rum.

However, rum is definitely stronger than vodka flavor-wise. While vodka can have nuanced notes and textures, rum has richer tastes and aromas.

Is White Rum Stronger Than Vodka?

Whether white rum is stronger than vodka depends on several factors.

In terms of flavor, white rum has more distinguishable tastes and aromas. While most vodkas are not entirely flavorless, they are neutral compared to white rum.

However, white rum and vodka often have the same ABV of 40%, and they both have varieties that exceed 80 proof.

Ultimately, whichever is stronger depends on the brands you consume and your alcohol tolerance.

Do Rum And Vodka Taste The Same?

Rum and vodka do not taste the same. While white rum may have a more neutral flavor compared to dark rum, it still has a distinguishable taste that regular vodkas don’t have.

Rum and vodka mixed together make for a potent drink that can easily intoxicate people with low alcohol tolerance.

When it comes to producing a rum and vodka cocktail with a richer flavor, it’s better to use dark rum than white rum. Since white rum has a subtle flavor like vodka, they don’t usually complement one another. At most, the resulting drink would be slightly sweet and extremely powerful.

In most cases, it’s better to mix rum and vodka with other non-alcoholic beverages and garnishes to lower its alcohol content and create richer tastes and aromas.