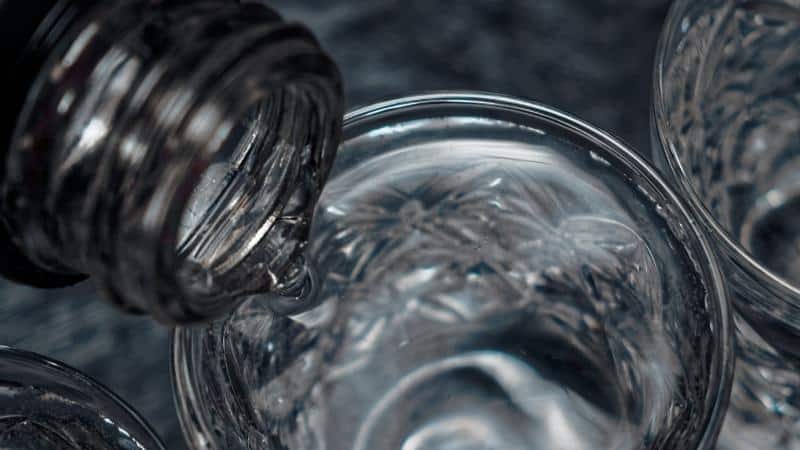 Vodka is typically made of 40% pure ethanol which makes it a very powerful drink. For some people, it’s too powerful and this makes them wonder if there’s another way to drink vodka.

If you’re not keen on mixing vodka with fresh juice or other alcoholic drinks, you may be interested in knowing whether you can simply mix vodka with water. Here’s what I found!

Can You Mix Vodka With Water?

Mixing vodka with water is common practice and people find that it helps them stay hydrated and prevents severe hangovers. In fact, vodka and water has become a common drink in bars in recent years, specifically among women. Done right, vodka water can help you appreciate the subtle flavors of vodka and avoid getting drunk too quickly.

If you want to learn more about vodka water, its benefits, and the type of water you can use for a delicious drink, keep on reading!

What Happens If You Add Water To Vodka?

Adding water to vodka has different effects depending on the type of vodka and water you mix, as well as the ratio you use.

In general, adding water to vodka can prevent you from getting dehydrated and drunk, given that you don’t finish the entire bottle or drink too much in one sitting.

While additional water may dilute the vodka, the alcohol content remains the same. It’s just that the ethanol’s ABV is decreased but it’s still potent if you drink too much.

Moreover, mixing more water with your vodka, which is already 60% water, can reduce the chances of getting a hangover.

This is especially true with top-shelf vodkas because they are usually distilled enough times to limit the congeners in the ethanol which are huge contributors to hangovers.

For you to enjoy vodka that is mixed with water, it’s best if you use mineral water as it is more likely to bring out the subtle tastes of vodka that the alcohol conceals.

A lot of people tend to disregard the role water plays in creating high-quality vodka. After all, vodka consists of 60% water making its impact on the vodka’s mouthfeel integral.

This means that the better the quality of the water you use, the more likely you are to enjoy drinking vodka that has been watered down.

Nevertheless, if you want more flavor and zest to your vodka, consider soda water, seltzer, or tonic water. These mix well with vodka and can make it more bearable to drink.

What Is Vodka And Water Called?

When you mix vodka and water, it’s called vodka water.

It’s different from vodka tonic because tonic water is a carbonated soft drink that is commonly used to mix liquors.

Is Vodka And Water Nice?

Whether vodka water is nice depends on your preference.

If you like drinking vodka straight but don’t like the burn and the hangover that normally accompanies it, diluting it with water is a great idea.

As for the taste, that depends largely on the type of vodka and water you use, as well as how you mix them.

However, mixing top-shelf vodka with mineral water is usually enough because the vodka itself is diluted sufficiently to prevent strong burns and severe hangovers.

Additionally, you’ll find vodka water a reliable go-to drink when you want to control your calorie and overall alcohol intake.

Does Adding Water To Vodka Make It Weaker?

Adding water to vodka decreases the alcohol by volume (ABV) of your drink because the ratio of water to ethanol changes.

Nonetheless, a diluted 750 ml bottle of vodka that has 80 proof would still contain 40% ethanol. It’s just the volume that changes in relation to water.

In that sense, the vodka isn’t weakened by the water.

Is Vodka Water A Drink? 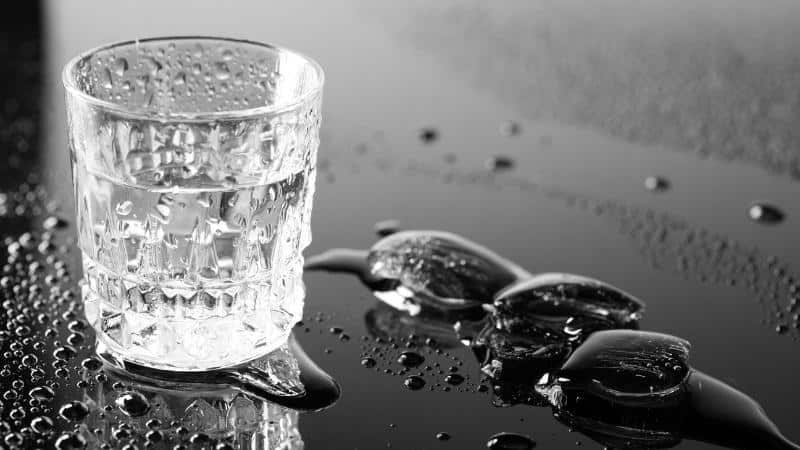 Vodka water is a drink that has been gaining popularity in bars all over America in recent years.

It’s usually ordered by women and is more commonly associated with sorority girls and college campuses.

How Much Water Do You Mix With Vodka?

There’s no standard ratio of water to vodka when you’re making vodka water. Most of the time, it’s up to you to decide what amount of water makes your vodka more tolerable.

Ideally, you should start with small amounts and keep on adding water to the vodka until you’re satisfied with the taste.

Can I Drink Vodka With Hot Water?

You can drink vodka with hot water by combining them or taking them separately.

If you opt for mixing them, the hot water could possibly cause the ethanol to evaporate and lower the alcohol concentration of your drink.

However, vodka is used to spike homemade lemon tea and green tea, and there are dozens of recipes you can try to see if vodka with hot water suits your taste.

On the other hand, taking vodka and hot water separately might amplify any burning sensation you feel in your mouth and throat so it is often not recommended.

Can You Mix Vodka With Sparkling Water?

You can mix vodka and sparkling water to create a delicious drink that has a lot of zest and kick in it.

Depending on your preference, you can make it taste as strong or as tame as you want and maybe add in a slice of fresh fruit for extra flavor.

Sparkling water is the same as seltzer which is just carbonated water with zero additives. You can purchase them separately and mix them or opt for a ready-made store-bought product.

To make your own, fill a drink shaker with ice, add a shot of vodka, and then a half can of sparkling water. Shake the mixer but not too much that the seltzer bubbles and overflows.

Can You Mix Vodka With Tonic Water?

Vodka tonic is a combination of vodka and tonic water. It’s a common drink in most bars and it’s easy to make at home.

Tonic is a great mixer just like vodka and combining both results in a refreshing drink that is just strong enough without being overwhelming.

You can mix vodka with water to varying results.

Many people combine them for different reasons. Some do it to reduce the burn of the alcohol, while others do it to prevent dehydration.

Additionally, there are people who drink vodka water to emphasize the flavors concealed by the alcohol or to cover the alcohol taste altogether through tonic or flavored water.

Furthermore, you can order vodka water in bars or make them yourself at home.