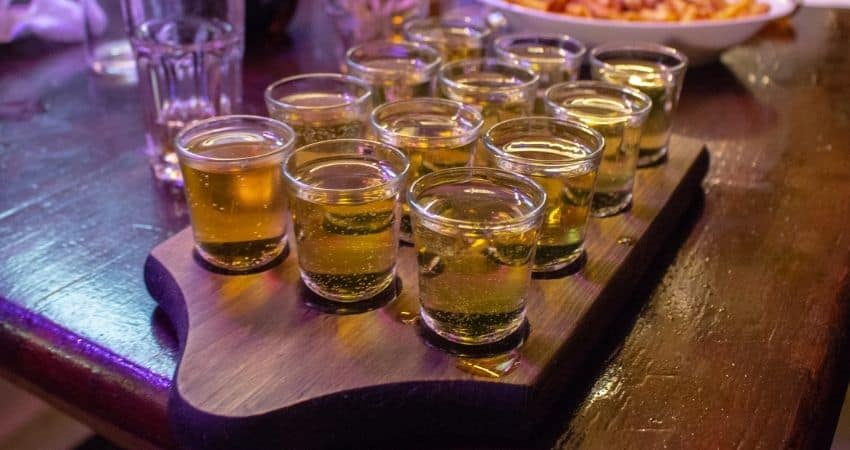 Vodka is the perfect spirit to use in mixed drinks, and if you have tried blending vodka with every fruit juice in the market, you might be tempted to switch to energy drinks like Red Bull.

If you are new to the idea, you might be wondering what Red Bull and vodka is and if it is any good. I looked into it and here is what I found!

What Is Red Bull And Vodka?

Red Bull and vodka, also known as R.V., is a caffeinated alcoholic mixed drink usually served in a highball glass with ice and is a combination of Red Bull and any unflavored vodka of your choice. Additionally, you can mix vodka and Red Bull in varying ratios, but caution is recommended because Red Bull vodka is extremely potent.

Can You Mix Vodka With Red Bull?

Mixing Red Bull with vodka is a common practice, mainly because it is an easy drink to make and many people like how vodka Red Bull tastes.

Nonetheless, mixing Red Bull with vodka results in a potent drink with high amounts of caffeine and alcohol, and this can quickly cause intoxication and other side effects.

What Is Red Bull And Vodka Called?

While establishments normally call Red Bull and vodka as such, they may come up with creative alternatives to make the Red Bull vodka sound fresh on their menu.

What Do Red Bull And Vodka Do?

A Red Bull vodka can get you more intoxicated than plain vodka.

While Red Bull does not increase the alcohol content of your drink, Red Bull gives you more energy and fights off the drowsiness you may feel as a result of consuming alcohol.

Additionally, Red Bull’s caffeine, sugar, and other ingredients will overpower the taste of vodka and make it difficult to monitor your alcohol intake.

Since you are alert for much longer, you are likely to drink more alcohol than you normally would and suffer from severe intoxication and a hangover as a result. 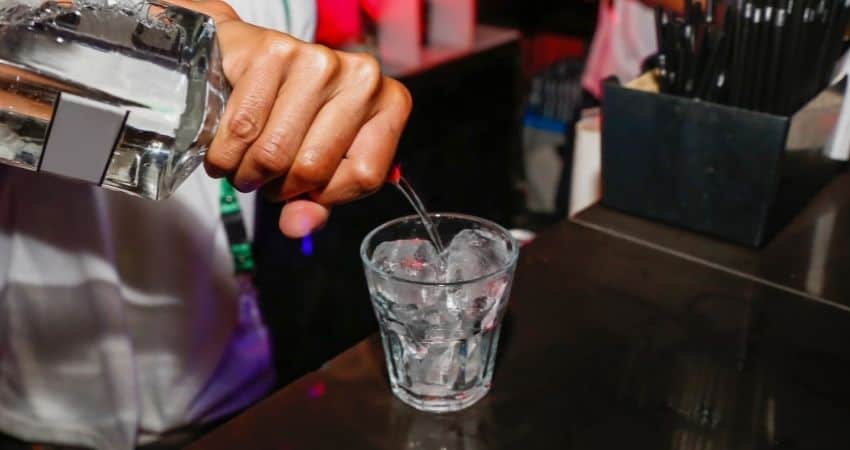 If you like how Red Bull tastes, there is a good chance that you will also like the taste of Red Bull vodka. Since vodka is a neutral drink, vodka will simply adapt the flavor of Red Bull.

Moreover, vodka gives Red Bull a mild heat that can quench your cravings for alcohol without being overwhelmed with any alcoholic taste.

However, if you are not a fan of Red Bull, vodka Red Bull might not be for you.

Red Bull vodka typically tastes just like Red Bull, but with a tang of alcohol accompanied by a mild burn or heat. Mostly, the taste depends on the type of Red Bull and vodka you mix.

Generally, Red Bull vodka tastes bitter and slightly sweet because of the caffeine and sugar content. If you use a fruit-flavored Red Bull, your Red Bull vodka will taste tart and fruity.

In case you use the original Red Bull, expect that your Red Bull vodka will be less bitter and sweeter, mixed with metallic notes and hints of cough syrup.

Why Do People Drink Vodka With Red Bull?

There are several reasons why people drink Red Bull vodka.

One of them is that a lot of people like Red Bull’s taste, and mixing Red Bull with vodka gives them a tasty alcoholic drink.

Additionally, Red Bull vodka keeps them awake even after they have surpassed their normal alcohol intake, allowing them to drink more or participate in other activities.

Other times, people simply do not like how vodka tastes, and Red Bull is one of the strongest-tasting mixers available in most homes and bars.

How To Make Red Bull And Vodka?

Red Bull vodka is easy to make. You can simply mix vodka and Red Bull in a glass using any ratio you want, although typically, you should add 1-2 shots of vodka at most.

For a professional-looking and tasting Red Bull vodka, you will want to use a highball glass filled with ice.

Add two shots or 3 ounces of unflavored vodka and pour as much Red Bull as you want. Typically, you can empty an entire can of Red Bull to make one Red Bull vodka drink.

How Many Shots Go In A Red Bull Vodka?

To make your Red Bull vodka alcoholic enough, it is recommended that you use 2 shots or 3 ounces of vodka at most.

Anything lower might prevent you from enjoying the effects of vodka, and anything higher might be too alcoholic.

Does Red Bull And Vodka Keep You Awake?

Since Red Bull is a caffeinated drink designed to keep you alert, you are going to stay wide awake even if you mix Red Bull with vodka.

It is best to keep in mind that Red Bull is a stimulant, and since you are drinking a higher ratio of Red Bull in your mixed drink, you will feel the signs of intoxication minus the drowsiness.

Does Red Bull And Vodka Make You Angry?

Research showed that Red Bull vodka increases the likelihood of a person participating in risky and even aggressive behavior.

Since Red Bull keeps you awake for longer, you are prone to drinking more, and intoxication will affect your ability to make rational decisions.

When severely intoxicated but awake, you can end up in fights or dangerous situations due to your lack of inhibition.

Why Is Red Bull And Vodka Dangerous?

Red Bull vodka is considered dangerous because vodka Red Bull is a combination of a powerful stimulant and an equally powerful depressant.

When mixed, you can be severely drunk without getting sleepy, and all the energy you have because of the Red Bull can result in risky behavior.

If you want to learn what French vodka is, what a vodka cruiser is, and what a vodka soda is, check out our related articles.

Red Bull vodka is a delicious drink surrounded by plenty of controversies, specifically because it is not advisable to mix energy drinks with alcohol.

Since Red Bull is a stimulant, you are likely to consume more alcohol than usual, and severe intoxication may result in fights and other dangerous behaviors.