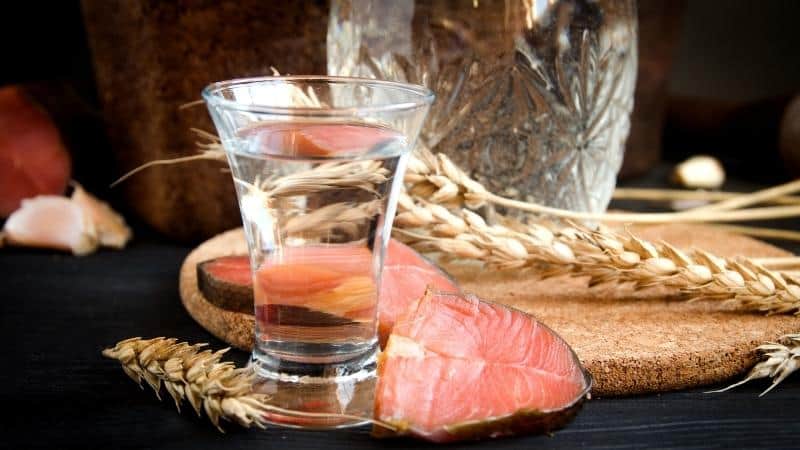 The more you drink vodka, the more familiar you become with its different tastes, textures, and aromas.

Whether novice or connoisseur, you might’ve come across grainy flavors that made you wonder whether vodka is made from wheat. I did the research and here’s what I found out!

Is Vodka Made From Wheat?

Dozens of vodka brands worldwide are made from wheat. Most of them come from major wheat-producing countries like Russia, Ukraine, and France. Moreover, wheat is the preferred base ingredient of many vodka enthusiasts thanks to its creamy texture and citrusy notes. Some of the most popular wheat-based vodka brands include Absolut, Pinnacle, and Ketel One.

If you want to learn more about wheat-based vodka, which countries distribute it, and what it tastes like, keep on reading!

Which Vodkas Are Made From Wheat?

Wheat remains the most commonly used base ingredient for vodka today. Distilleries all over the world use a wide assortment of wheat to achieve distinct tastes.

Here’s a list of the wheat-based vodkas that you can refer to:

Some brands like Belaya Rus, Dragon Bleu, and Van Gogh use a combination of wheat, rye, and other ingredients, while some like Lotus and Pinnacle use 100% wheat.

Is Most Vodka Made From Wheat?

A large percentage of vodka today is made from wheat and is mostly distributed by countries like Belarus, Denmark, France, Netherlands, Russia, and Ukraine.

Among these, Russia, Ukraine, and France are recognized as some of the top wheat-producing countries in the world.

Apart from quality, it’s accessibility and affordability that influence a distiller’s choice in base ingredient, which explains why a lot of wheat-based vodkas come from these countries.

While a lot of other vodkas are made from grain, wheat-based vodka offers a distinct lightness and crispness that makes it the preferred drink of many vodka enthusiasts.

Drinking wheat-based vodka neat—meaning without ice or other drinks—would expose you to its smooth and creamy texture and subtle notes that are reminiscent of baked bread.

Moreover, the overall mouthfeel of wheat-based vodka is ideal for mixing. This explains why brands like Absolut and Pinnacle make great mixers.

Is Vodka Made From Wheat Gluten-Free?

In general, pure vodka is considered gluten-free, and this is acknowledged by the National Celiac Association.

Even wheat-based vodka has no gluten thanks to the distillation it undergoes to extract the alcohol from the fermented wheat.

Once the distillation is repeated enough times, the gluten in the wheat’s carbohydrates is eliminated along with all its fiber, sodium, sugar, fat, cholesterol, and minerals.

Nonetheless, distillers may add ingredients to their vodka that contain gluten, and this usually happens when they make flavored vodka.

In addition to that, some people contest that vodka is not entirely gluten-free because the distillation process doesn’t get rid of the gluten in grains like wheat.

Others yet believe that cross-contact can happen in facilities that process products containing gluten.

In light of this, it’s best to look for gluten-free labels on the bottle and to stick with vodka made from grapes, corn, and potatoes. 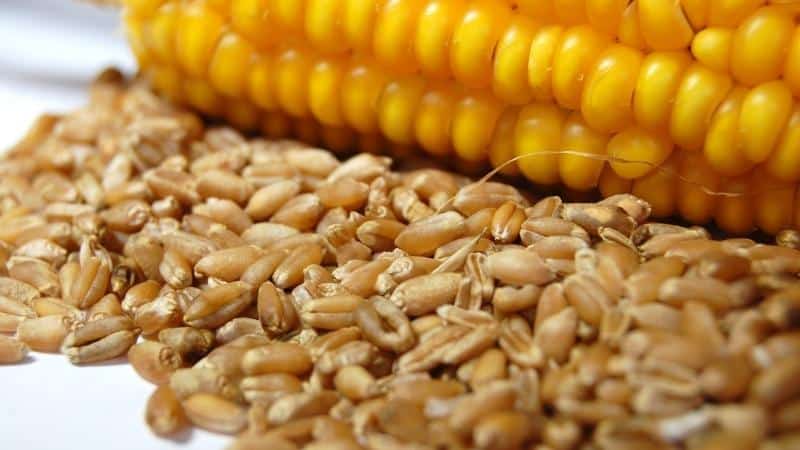 In most cases, however, it’s difficult to tell one from the other unless you drink them neat and you pay close attention to their mouthfeel.

If you like to mix your vodka with tonic, juice, and other alcoholic beverages, chances are small that you’ll be able to enjoy the distinct mouthfeel of wheat and corn-based vodkas.

In general, wheat-based vodka is clean, crisp, and light with notes of fresh citrus.

Corn-based vodka, on the other hand, tends to be sweet, creamy, and buttery in a way that will remind you of cornbread or popcorn.

Both can be equally enjoyable, but your ultimate preference depends on which mouthfeel you favor more.

Also, it’s important to note that not all wheat and corn-based vodkas are made the same. Trying different brands will help you decide which distillery uses wheat or corn better.

Is Absolut Vodka Made From Wheat?

Absolut vodka is made from winter wheat that is sourced from southern Sweden, particularly the Skåne region.

After being planted in September, the winter wheat hibernates in the winter months and resumes growing in the Spring. This process gives it a high starch content, which is valuable in making quality vodka.

Moreover, Absolut uses water from a well in Ahus that is free from impurities, and this adds to the overall mouthfeel of the vodka.

Is Svedka Vodka Made From Wheat?

Svedka Vodka is made from Swedish winter wheat and spring water. It’s distilled five times which ensures that all impurities are removed.

Is Belvedere Vodka Made From Wheat?

Belvedere is a Polish vodka brand made from Polska rye, not wheat. Rye and wheat are both cereal grains, but rye has more carbs and wheat has more proteins and fats.

Furthermore, rye-based vodka has spicy notes to it while wheat-based vodka is mostly smooth and creamy.

There are more than two dozen vodka brands in circulation today that are made from wheat.

This could be down to the fact that wheat contains a lot of starch that makes it ideal for making vodka.

In addition, it produces citrusy notes and creamy textures that many vodka enthusiasts like.

Major wheat-producing countries like France, Ukraine, and Russia generate the most number of wheat-based vodkas.

Some of these brands include Grey Goose and Jean-Marc XO from France, Stolichnaya and Youri Dolgoruki from Russia, and Khortytsia and Nemiroff from Ukraine.

Nonetheless, well-known brands like Absolut and Pinnacle come from Sweden and America respectively.