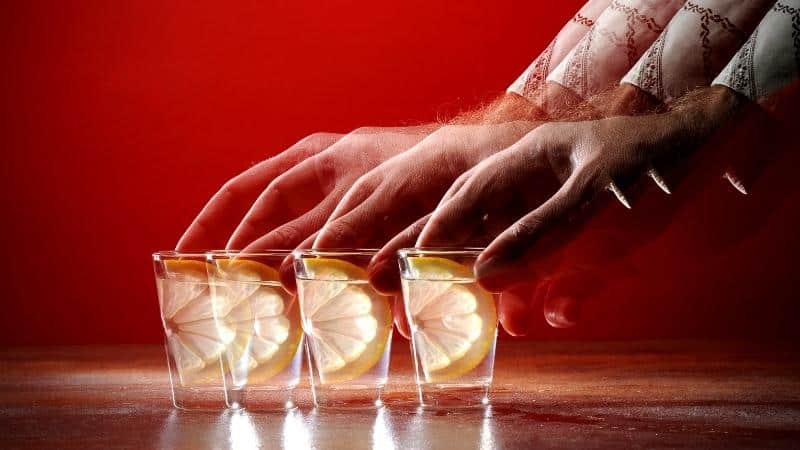 In a world of hyperconsumerism, it’s important for Muslims to know what is halal, especially in terms of alcohol. Similarly, people who have Muslim friends benefit from this knowledge.

With vodka being a popular spirit, you’d naturally be wondering whether it is halal. I did the research and here’s what I discovered!

Vodka is considered haram, not halal in Islam. In general, anything produced via anaerobic fermentation is forbidden, making all alcoholic drinks haram. While ethyl alcohol is not haram in itself, it has to be less than 1% to be considered halal. Unfortunately, vodka has 40% alcohol by volume, making it prohibited due to its intoxicating nature.

If you want to learn more about vodka and how it is viewed by Muslims, why it is considered haram, and when it can be classified as halal, keep on reading!

Is Vodka Halal In Islam?

Vodka is not halal or permissible in Islam because of its intoxicating nature.

Basically, all alcoholic drinks are haram or forbidden because the Prophet Muhammad relayed through the Quran that the potential for sin is great when alcohol is consumed.

However, countries like Lebanon, Egypt, Tunisia, Jordan, and Morocco, which are predominantly Islamic, have shops, restaurants, and bars that sell alcohol.

In contrast, countries like Iran, Libya, Sudan, Saudi Arabia, and Kuwait have alcohol prohibitions due to their Islamic beliefs.

It is believed that only conservative Muslim countries ban alcohol and there are a good number of Muslims that indulge in spirits like vodka.

In fact, illegal production and sale of alcohol in Saudi Arabia are problems that the Saudi police are still dealing with. Likewise, Iran has locals that take vodka shots regularly.

Is Vodka Halal To Drink?

Vodka is not halal because it has minimum alcohol by volume of 40%.

For anything containing ethanol to be considered halal, it has to be produced via natural fermentation and contain less than 1% alcohol.

This is because an alcohol content of less than 1% is seen as a preserving agent, therefore it is classified as halal.

However, when ethanol is produced via anaerobic fermentation—-which is what alcohol fermentation is—-it is considered haram.

Nevertheless, there are a large number of Muslims that consume spirits like vodka due to their differing views on the Quran and its teachings.

According to certain interpretations, the Quran warns against consuming alcohol only because it could cause harm to others and to oneself.

Their solution is to consume alcohol moderately to prevent drunk driving and adultery.

Additionally, some Muslims believe that they can be more liberal in their early years because they can eventually ask for forgiveness through pilgrimage when they are older.

Is Vodka Halal Or Haram?

While vodka is haram when consumed, some Muslims believe that it is halal when used as a disinfectant or cleaning agent.

Furthermore, alcohol can be seen as halal out of necessity. If, for example, a doctor must use vodka to disinfect a patient’s wound, it is perfectly okay.

Likewise, cleaning using vodka due to a shortage of disinfectants is allowed if there is no choice because it’s perceived as a necessity for survival.

Similarly, if drinking vodka to survive in a brutal winter is an option, it’s halal and even encouraged to avoid death.

Nonetheless, these views aren’t shared by all Muslim sects and some are more liberal than others in respect to alcohol usage. 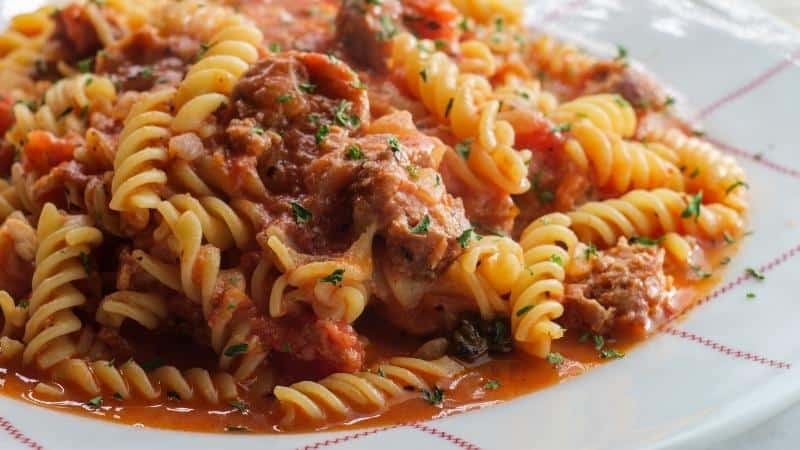 When vodka and other alcoholic drinks are consumed in any way, they are considered haram.

Additionally, since the vodka in the sauce will be more than 1% and won’t serve as a preserving agent, it is classified as forbidden to Muslims.

Nevertheless, some people argue that vodka evaporates when cooked, therefore there won’t be any alcohol left in the sauce for it to be considered haram.

It should be mentioned, however, that alcohol takes around three hours of cooking to completely evaporate. Anything cooked for less than three hours would still contain alcohol.

If you’re a Muslim or someone serving food to a Muslim, it’s best to use a vodka substitute like lemon zest.

Vodka pizza is not halal because adding any alcohol to food is forbidden in Islam. Moreover, it takes time and a certain degree of heat to burn off alcohol in any dish.

Similar to vodka sauce, it’s better to use a substitute for vodka when making food for Muslims.

AU vodka is not halal.

In general, AU vodka is made of wheat and undergoes anaerobic fermentation to extract the starch and produce alcohol.

Additionally, AU vodka maintains a 40% ABV which is far more than the allowed ethanol content to be considered halal.

Ciroc Vodka is haram, not halal.

Since Ciroc is made of grapes and is deeply intoxicating, Muslims are not allowed to consume it.

Moreover, Ciroc is similar to wine in that they share the same base ingredient, which is grapes. Wine is widely known as haram in Islam because of its intoxicating nature.

Interestingly, grapes are halal because by themselves, they won’t intoxicate a person. It’s when they undergo anaerobic fermentation to produce alcohol that they become haram.

Absolut Vodka is not considered halal for many reasons.

Apart from the fact that Absolut is an intoxicating drink with 40% ABV, its grains are not naturally fermented. To extract starch from grains, yeast must be added to it.

Any forced fermentation is forbidden, especially when the goal is to produce alcohol with more than 1% ABV for consumption.

Vodka is not classified as halal in Islam because it causes intoxication and when a person is intoxicated, they aren’t capable of praying or behaving as per the laws of Islam.

However, views regarding the consumption of vodka and similar alcoholic drinks vary per sect and individual.

While some Muslims strictly avoid alcohol, there are others that believe it is okay to partake of as long as they don’t get intoxicated.