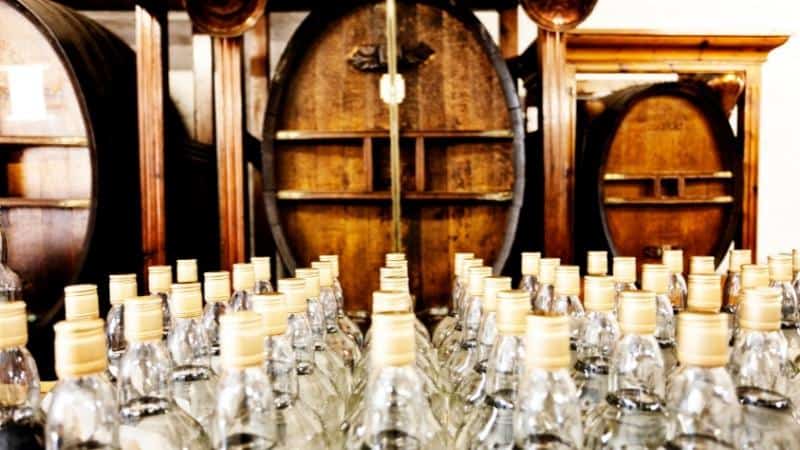 Compared to other spirits, producing vodka is pretty straightforward. Regular vodka isn’t aged, and most distillers include on their labels the number of times they distill their vodkas.

Since vodka is often likened to whiskey and rum, you might be wondering if, like them, vodka is also fermented before it’s distilled. I did the research and here’s what I discovered!

Vodka is a fermented drink. It wouldn’t be possible to produce alcohol from base ingredients like potatoes and grains without undergoing fermentation. Additionally, most distillers prefer to use yeast in fermenting vodka because it yields more predictable results. However, the distilling process that comes afterwards ensures that the resulting vodka is completely yeast-free.

If you want to learn more about the fermentation process of vodka, how it’s done, how long it takes, and the importance of yeast in fermentation, keep on reading!

Is Vodka Fermented Or Distilled?

Vodka is both fermented and distilled.

Fermentation is a crucial process in creating spirits like vodka because without it, the distillation process wouldn’t be effective.

Likewise, without distilling the fermented base ingredients of vodka, the resulting alcohol would have only around 16% alcohol by volume (ABV), which is too low.

Additionally, the Bureau of Alcohol, Tobacco, Firearms and Explosives requires all vodka in America to have a minimum ABV of 40% or 80 proof.

To achieve that, the fermented foodstuff must be distilled. This is why, in creating vodka, these two steps are immensely crucial.

Is Vodka Made From Yeast?

Technically, vodka isn’t made from yeast. It is made from base ingredients like grains, potatoes, and other foodstuffs that contain sugar or starch.

However, yeast serves a crucial purpose in the fermenting stage of vodka, because without it, no alcohol would be produced from any base ingredient apart from grapes and berries.

That said, distilleries prefer to use yeast instead of letting fruits like grapes and berries undergo “wild fermentation,” which is less predictable.

How Do You Ferment Vodka? 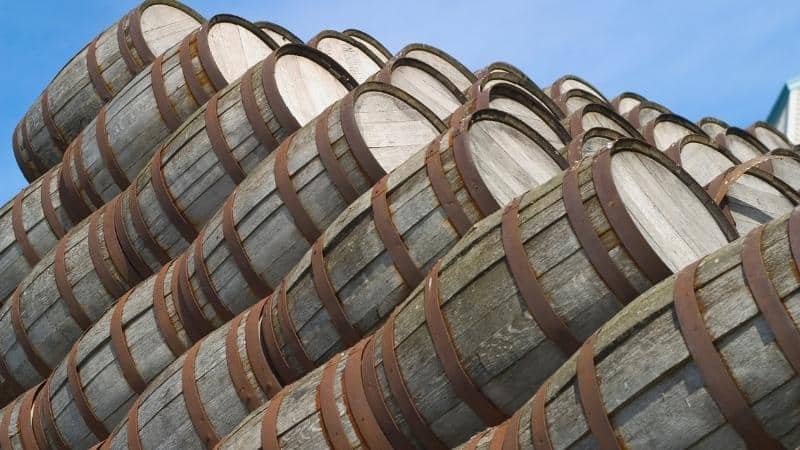 Fermenting vodka can be simple or complex, depending on the number of base ingredients you’re using and the amount of foodstuff you’re fermenting.

Moreover, specific steps may vary per distiller and homebrewer, but they all follow general procedures in order to bring out the alcohol in their chosen foodstuff.

Firstly, you must prepare the base ingredients by either peeling or cooking them to make a mash.

Afterwards, you have to gelatinize them so that the sugars can be broken down. Once gelatinized, you must add the appropriate amount of water, malt meal, and yeast.

Malt converts grain starch into sugar, while yeast reinforces the food cells’ capacity to extract oxygen from the foodstuff to generate alcohol.

Upon completing the fermentation, strain the solution to separate the fermented solids from the ethanol.

How Long Does Vodka Take To Ferment?

Fermenting vodka can take from days to weeks, depending on your base ingredient.

In general, grains take about 3 to 5 days to ferment, while potatoes can take as long as two weeks. Grapes can take anywhere from 10 to 14 days.

Since alcohol is produced by extracting alcohol from sugar through fermentation, vodka can be considered fermented sugar, in a sense.

During fermentation, malt and yeast work together to extract sugar or convert the starch in the foodstuff into sugar. Only then is it possible to produce alcohol.

Moreover, it is possible to use sugar, particularly sugar cane and sugar beet, as the base ingredient of vodka.

Some examples are BĒT Vodka, L’etoile Vodka from Du Nord Craft Spirits, and Felene Vodka. In this context, vodka is literally fermented sugar that has been distilled.

When a distiller uses potatoes as the base ingredient for their vodka, it’s safe to say that the vodka is fermented potatoes.

Nevertheless, it’s important to note that distillation follows the fermentation, which is why you won’t taste the potatoes and the vodka has a high alcohol by volume.

Just like other alcoholic beverages, Tito’s Vodka ferments its base ingredient in order to produce ethanol.

Some people may think that Tito’s Vodka isn’t fermented because it’s certified gluten-free by the Gluten-Free Certification Organization.

When a vodka is gluten-free, it has no residues from the fermented mash from which the alcohol is derived.

However, this certification is due to the thorough distillation process of Tito’s Vodka that results in liquor that has no mash residues, and therefore no gluten.

Gin isn’t fermented vodka. Both gin and vodka require fermentation in order to produce ethanol, but the process of distilling and achieving their flavors are completely different.

Interestingly, vodka can be used as a base spirit for gin, which is why some people tend to believe that gin is flavored vodka.

However, after fermenting the vodka, it is immediately distilled, diluted, and bottled.

On the other hand, gin has to be fermented and steeped with juniper berries and other botanicals before it can be distilled.

What Vodka Is Not Fermented?

Vodka is yeast-free alcohol that is fermented just like other liquors.

Fermentation is a crucial part of vodka production. Yeast is an important ingredient in fermenting vodka’s base ingredient. However, during the distillation process, all impurities including yeast are removed.

Vodka is a fermented drink that can be made from a wide variety of base ingredients. In order to ferment these ingredients, they have to be mashed and mixed with yeast.

Fermentation is a critical step in producing vodka because without it, distillers won’t be able to extract ethanol from these base ingredients.