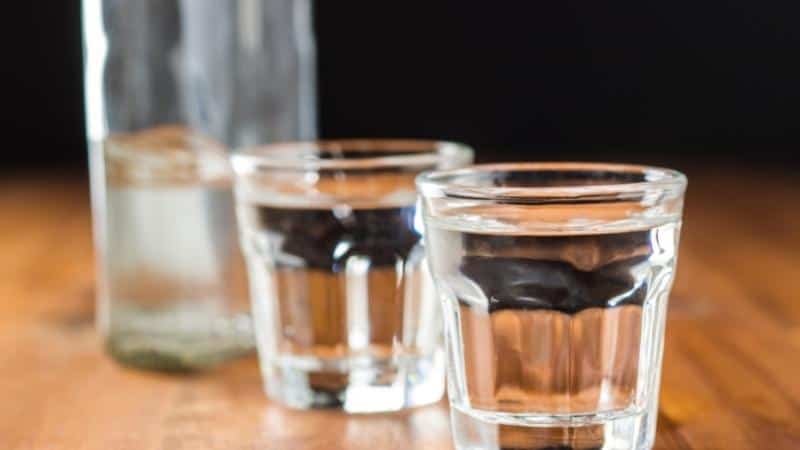 Alcoholic drinks like vodka can have many classifications and oftentimes, liquor terminology is confusing.

If you’re steering clear from grains in your drinks, you might be wondering whether vodka is grain alcohol. I did the research and here’s what I discovered!

Contents show
1 Is Vodka A Grain Alcohol?
1.1 What Is The Difference Between Grain Alcohol And Vodka?
1.2 Is Vodka Neutral Grain Spirit?
1.3 Are There Grains In Vodka?
1.4 Which Vodkas Are Made From Grain?
1.5 Is Vodka Made From Potatoes Or Grain?
1.6 What Is A Non-Grain Vodka?
1.7 Conclusion

Is Vodka A Grain Alcohol?

If you’re curious about grain alcohol and vodka, what their differences are, and whether vodka contains grain, read on to find out more!

What Is The Difference Between Grain Alcohol And Vodka?

Vodka and grain alcohol have plenty of differences, starting with their legal definition which describes the range of their ingredients, flavor profiles, and alcohol by volume (ABV).

Based on the Bureau of Alcohol, Firearms and Explosives, vodka is supposed to be tasteless and odorless with a minimum ABV of 40% or 80 proof.

Unlike other distilled spirits, vodka can be made from a wide range of ingredients like rye, corn, and grapes. Basically, any food with starch or sugar can be used for vodka.

In contrast, grain alcohol must be made strictly from grains and undergoes repeated distillation until the alcohol level reaches a minimum ABV of 95%.

That said, grain alcohol isn’t supposed to be consumed neat because of its potency. In fact, its bacteria-killing properties make it fit for industrial use, specifically as antiseptic and fuel.

Some examples of consumable grain alcohol include Everclear, Alcohol-95, and Golden Grain. These are often watered down or mixed with other beverages to decrease their ABV.

On the other hand, vodka’s fermenting and distilling processes are simpler and laxer. It’s up to the distiller how many times they want to distill the vodka to achieve a certain flavor.

Once ready, the pure ethanol is diluted in water. Usually, the ratio of ethanol to water is 40 to 60, giving the vodka 80 proof.

Distillers of premium vodka often have protected wells from which they get their water as this will impact the final product’s taste.

Additionally, vodka can be infused with herbs, fruits, and vegetables for additional flavor, but the same cannot be said for grain alcohol. 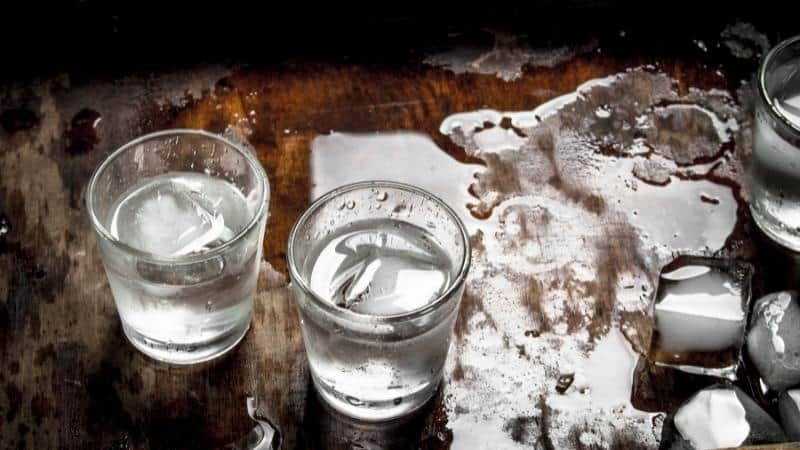 Vodka isn’t a neutral grain spirit but it is made with one.

Additionally, neutral grain spirit is just another term for grain alcohol which is classified under neutral spirits. Neutral spirits are distilled ethyl alcohol that has 95% ABV.

Moreover, neutral grain spirit (NGS) is the same as grain neutral spirit (GNS) and neutral grain alcohol. All these terms can be used interchangeably.

To create vodka, a neutral grain spirit is diluted with water before bottling. Since the NGS is now mixed with another liquid and has a lower ABV, it’s technically not an NGS anymore.

Are There Grains In Vodka?

Many popular vodkas today are made from grains like wheat, barley, and rye, but once they undergo distillation, all traces of grain are eliminated, leaving the vodka tasteless.

This makes plain vodka gluten-free, regardless of its base ingredient, and this is recognized by the National Celiac Association.

Neutral grain spirits are also free from any traces of grain due to their extensive distillation and high alcohol content.

Nevertheless, some distillers may infuse their vodka with additives that contain gluten, which is why it’s important to read the label on the vodka bottle before consuming it.

Which Vodkas Are Made From Grain?

A large number of vodkas worldwide are made from grains. Here are some of them from countries like Australia, Belarus, Finland, France, and America:

Is Vodka Made From Potatoes Or Grain?

While neutral grain spirits can be used to make vodka, distillers can also use ingredients like potatoes to generate ethyl alcohol.

Potato-based vodkas are naturally gluten-free and tend to have more flavor than grain-based vodka.

In contrast, the more neutral flavor of grain-based vodka makes it ideal for cocktails and mixed drinks.

What Is A Non-Grain Vodka?

A non-grain vodka is a vodka that doesn’t use grains as its base ingredient. While grain is the dominant base ingredient worldwide, distillers also use grapes, corn, and even apples.

Here are a few examples of non-grain vodka:

If you want to learn more about vodka, you can see our related posts on whether vodka is made from wheat, if vodka is fermented, and if vodka is halal.

Grain alcohol can be used as a base for spirits like vodka. Technically, when grain alcohol or neutral grain spirit is diluted with water, it’s considered vodka.

Nonetheless, that doesn’t make vodka grain alcohol. By definition, grain alcohol must have at least 95% ABV, which is higher than vodka’s minimum 40% ABV.