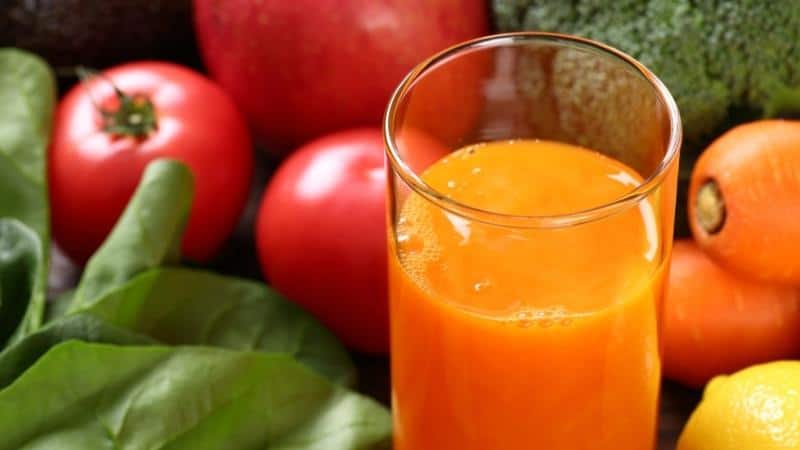 There are times in life when you want to try something new. For instance, you might fancy going on a vegan diet. But before you commit, you want to know what you can keep and what you have to give up.

It goes without saying that not everything healthy is vegan and you don’t know where your favorite beverage stands. Is orange juice vegan? I did the research so you won’t have to and here’s what I found!

Freshly squeezed orange juice is vegan as it is 100% made from the pure extracts of oranges. However, store-bought orange juice can either be vegan or non-vegan depending on the ingredients and additives used. Moreover, fortified orange juice is not vegan-friendly because it contains vitamin D sourced from animals.

Curious about what makes orange juice vegan or not? The information below is what you’re looking for!

There are different aspects of orange juice that determine whether it is vegan or not. This includes colors, flavors, added vitamins, and sugar.

Identifying whether the coloring and flavorings of orange juice are plant-based is not a straightforward task. This is because companies rarely indicate it on their labeling.

Added sugar is also something to worry about. Although it is sourced from beet or sugar canes, the manufacturing process of added sugar itself may not be vegan-friendly. So if you’re an ethical vegan, buying products without added sugar is your best bet.

What’s more, the additional vitamins might be questionable because they can be sourced from both animals and plants.

Some added nutrients are made from wool, which means the orange juice is not vegan-friendly.

It’s made from 100% orange extract, with no added coloring, sugars, or preservatives. You practically- drink it straight from the pulp with no non-vegan methods involved.

There are instances when natural orange juice is not vegan-friendly. Sometimes, the wax coating used to preserve freshness and provide shine to fruits is not a vegan product. But this might be nit-picking. 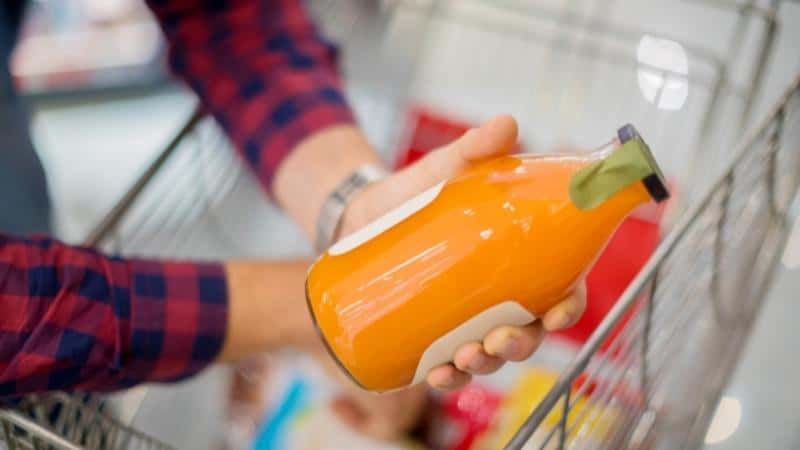 Pasteurized orange juice is vegan as long as there are no extra coloring or flavors added.

OJ that underwent the pasteurization process is regular orange juice subjected to heat treatment. It is done to remove bacteria and improve shelf life.

By itself, pasteurized orange juice is considered a vegan-friendly beverage. But most companies add coloring and flavor packs to make the drink more attractive.

It’s important to note that while flavor packs are mostly artificially made, they are sometimes tested on animals.

That being said, when an orange juice has labeled its added color as ‘natural’, it is vegan-friendly.

More often than not, fortified orange juice is not vegan-friendly.

After pasteurization, fortified orange juice undergoes an extra manufacturing process to improve its formula. It is infused with additional vitamins and minerals to make it an even healthier drink. Vitamin D is one of these additives.

Fortified orange juice formula usually contains either vitamin D2 or D3. While vitamin D2 is usually made from plants and synthetic substances and is vegan-friendly, vitamin D3 can be sourced from animals, specifically sheep’s wool.

To add to these, another common additive in fortified orange juice is calcium. This mineral can easily be found in a lot of animals, including cows and dairy. However, calcium supplements can also be vegan.

In the end, fortified orange juice can be vegan depending on the steps used to strengthen its formulation.

They are made from 100% orange juice and use plant-based sugars and nutrient additives. Their vitamin D, vitamin C, calcium, and zinc are also safe for vegan diets.

However, some varieties have fish oil and gelatin in their formula.

There are many Minute Maid variants in the market. Those that do not contain vitamin D are vegan.

Vitamin D can either be sourced from plants or animals. In particular, you should avoid vitamin D3 if you’re on a vegan diet because it comes from fatty fish and egg yolks.

All Sunny D orange juice products are formulated for vegans and are even gluten-free. Each one contains vitamin D sourced from plants, particularly mushrooms.

Orange juice can either be vegan or non-vegan. The key to determining whether they’re suitable for a vegan diet is the ingredients and additives used in manufacturing them.

If your orange juice contains natural flavorings and colors, plant-based sugars, and added vitamins that are artificial or derived from plants, then it is vegan-friendly!