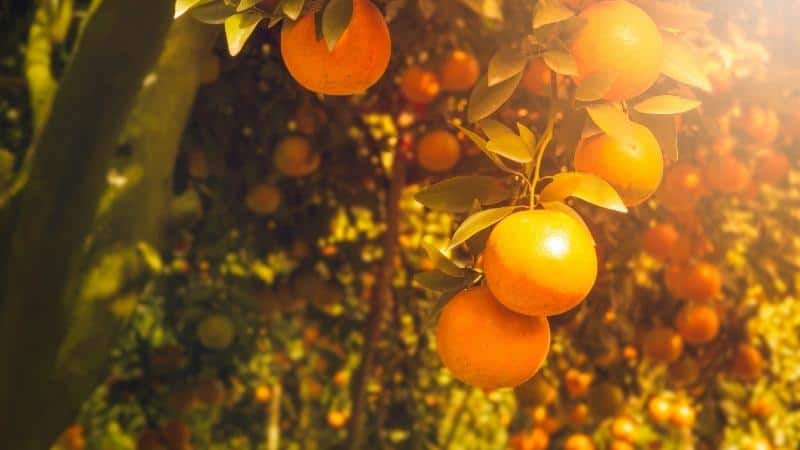 Despite consumers such as yourself purchasing large quantities of orange juice, supermarkets seem to never run out of bottles, cartons, and cans of this beverage to showcase on their dry shelves and in their fridges.

This unlimited supply might have caused you to pause and wonder where exactly orange juice comes from? I looked into it and here’s what I found!

Where Does Orange Juice Come From?

Orange juice is sourced from different subtropical countries across the globe with Brazil accounting for thirty percent of world demand. The USA is the second-largest supplier of orange juice producing ten percent, most of this collected from Florida. Meanwhile, China comes third, making up eight percent of the global market.

To know more about where orange juice comes from, its leading exporters, and much more, keep on reading!

Where Was Orange Juice Invented?

Orange juice was first invented in the orange groves of Florida as a marketing ploy to discard excess oranges.

Although the fruit extract existed way back in the 17th century, it was not until 1916 that it was enjoyed as a beverage.

Because oranges were considered a luxury before that time, they were only used as a flavoring in various medieval cuisine.

How Was Orange Juice First Made?

California Fruit Growers Exchange realized that they had oranges in amounts many times greater than the demand. They hired advertisement expert Albert Lasker to solve the problem of oversupply.

To start with, Lasker changed the company’s name to Sunkist. He then publicized his ‘Drink an Orange’ campaign that included an extractor and a bundle of oranges.

Moreover, Lasker advertised that a glass of orange juice took only 2 to 3 oranges, and sold the needed materials for as little as ten cents.

The idea became a huge hit and orange sales soared to a 400% increase.

Where Does Orange Juice Concentrate Come From?

Freshly squeezed orange juice is heated to remove a large amount of water. Pasteurization is then performed to ensure that bacteria are destroyed. Following this, additives are infused.

Where Do Most Of The Orange Juice Come From?

Thirty percent of the world’s orange juice is sourced from Brazil. It is also the main exporter of orange fruits.

Brazil has the right conditions to host orange groves because it has a subtropical climate. Here are other countries that contribute to the OJ global market:

Where Does Orange Juice Pulp Come From? 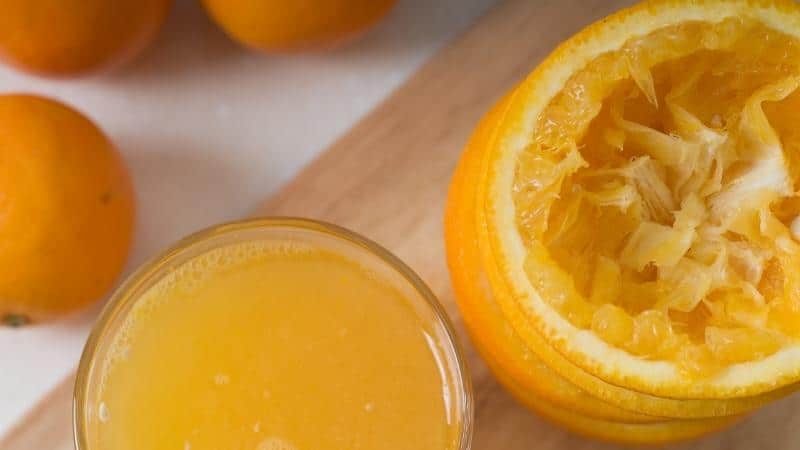 Orange juice pulp is a part of the orange fruit that contains the juice. Every citrus has pulp that makes up its innermost layer.

OJ pulp is usually strained by ultrafiltration to prevent the juice from being cloudy. This pulp is then subjected to pasteurization and recombined to the orange juice to produce adequate content.

Additionally, there are OJ types that have no pulp concentration. However, some contain more pulp because it is healthier.

Where Does Tropicana Orange Juice Come From?

Tropicana orange juice is sourced from the US. It is primarily made with Valencia oranges, which are mainly produced in Florida.

Another source of Tropicana’s OJ are navel oranges grown in the same state. These give the famous brand a sweet, juicy flavor.

Tropicana’s main processing plant manufactures  2.5 million cartons a day which are then transported to other states and countries.

Where Does McDonald’s Orange Juice Come From?

McDonald’s is partnered with Minute Maid.

Minute Maid Premium orange juice is made in Florida from valencia oranges known for their sweetness and rich flavor.

Where Does Trader Joe’s Orange Juice Come From?

Trader Joe’s all-natural, unpasteurized orange juice is made from blood oranges which are tarty in flavor.

What Other Orange Juice Is Made In The USA?

Aside from the big companies in the USA, there are several small businesses that offer high-quality orange juice for a lower price.

Florida’s Natural is one good example. It gets its oranges from its own cooperative known as Florida’s Natural Growers. They are based in Lake Wales and deliver to most of the grocery stores in the state.

Uncle Matt’s Organic Orange Juice is another example. It is known for its 100% organic ingredients. It also has a pulp-free variant.

Where Did Drinking Orange Juice For Breakfast Start?

Americans started drinking a glass of orange juice for breakfast after the effective marketing strategy of Albert Lasker in 1916.

Moreover, the orange juice craze increased two years later because of a flu pandemic. This marked the time when orange juice first surpassed the orange fruit itself in terms of consumption.

Orange juice comes from three leading producers that make up most of the orange global market—Brazil, USA, and China.

The majority of the orange juice in the USA, including those from big brands, is made from oranges grown in Florida.

In addition, orange juice concentrate comes from freshly squeezed orange juice that underwent a lengthy process to improve shelf-life, while orange pulp is made from the innermost section of the fruit which was pasteurized and re-combined with the juice once more.