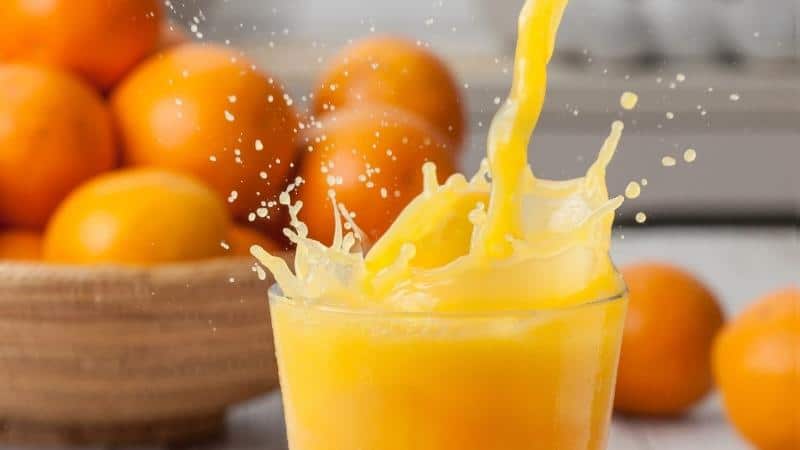 Orange juice is a popular stand-alone drink and added flavoring to various recipes, enough for it to become an ever-constant resident in the refrigerator or kitchen pantry.

Have you ever wondered who’s behind the ingenuity of orange juice and the exact timeline it was invented? I scoured through the records and here’s what I found!

When Was Orange Juice Invented?

Orange juice has existed since the 17th century, but it was in 1916 that freshly squeezed orange juice was introduced as a refreshing beverage. Canned orange juice was formulated in 1931 which retained the juice’s natural flavors. Frozen orange juice concentrate was invented in 1945 during WWII to supply American soldiers with vitamin C.

Thirsty for juicy bits about the history of orange juice including the pioneers of its different varieties? You’re in the right place so keep on reading!

Who Made The First Orange Juice?

Albert Lasker is the man behind the invention of freshly-squeezed orange juice.

It all started in 1916 when the California Fruit Growers Exchange was stuck in a dilemma of what to do with the excess oranges.

They hired Albert Lasker who was working in the advertisement industry to help them get rid of the extra.

Lasker changed the company’s name to Sunkist and marketed a glass of orange juice made from two to three oranges to the public.

Since drinking freshly squeezed orange juice was still a foreign concept back then, his ‘Drink an orange’ advertisement worked well and sold several bundles of oranges with a juice extractor for ten cents.

Where Was Orange Juice Invented?

Orange juice was first invented in the orange groves of Florida.

It was devised as part of the marketing plan to put the overproduction of oranges to good use. Prior to this, orange juice was considered uncommon and a luxury.

Orange juice has since spread to different parts of the world including Brazil which became the leading producer of citrus beverages.

How Long Has Orange Juice Been Around?

Orange juice has existed ever since the 17th century. It was a widely used ingredient for several dishes, including medieval marmalade.

However, it was in the early 1900s that OJ was introduced as a refreshing all-natural beverage. Since then, many varieties of orange juice emerged including the ones we find in the present market.

When Was Canned Orange Juice Invented?

Canned orange juice was invented in the year 1931.

It was the efforts of Dr. Philip Phillips that made it possible for canned orange juice to exist.

Dr. Phillips developed a method called flash pasteurization which improved the formula of single-strength orange juice. This made it possible to eliminate the metallic taste of orange juice stored in a can.

Additionally, the invention of canned OJ paved the way for orange juice concentrate.

At the time, the U.S. Army was eager to supply its soldiers with Vitamin C which was vital to keep them in tip-top shape.

The quartermaster offered huge sums of money in the year 1942 but it was three years after that the invention of the frozen OJ concentrate occurred.

Richard Stetson Morse was the man behind the formulation of frozen concentrate orange juice.

When the American army was looking for someone to make decent-tasting orange juice possible, a group of United States Department of Agriculture scientists took the challenge.

Before the lucrative US offer, these scientists were already hard at work in producing orange juice that wouldn’t taste stale even after traveling long distances. This was between the 1930s and the 1940s.

Morse came into the picture and founded the National Research Corporation. He developed a process involving a vacuum that was able to dehydrate and powder food.

He did it without sacrificing the taste or the nutrients orange juice contains in the form of a frozen concentrate.

When Did Americans Start Drinking Orange Juice For Breakfast? 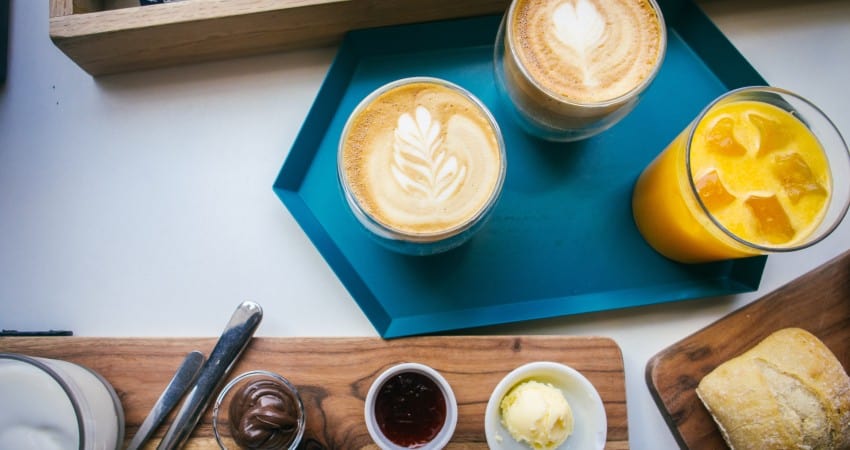 Americans started drinking orange juice for breakfast after it was marketed as a refreshment by Albert Lasker.

The ‘Drink an Orange’ slogan was so effective in convincing the public that orange juices were a great way to start the day.

The practice became rampant even more after two years due to an epidemic. This was because OJ was discovered to contain two ingredients: vitamin C and calcium.

Since then, Americans have been consuming millions of gallons of orange juice yearly, making it the second most popular breakfast beverage after coffee.

When was Tropicana Orange Juice Started?

Tropicana orange juice was made in 1947.

Rossi began the chilled juice trend in 1954 by developing a flash pasteurization method that extended the shelf life of his freshly-squeezed orange juice to three months without losing its taste.

Additionally, the OJ could be stored in bottles without chilling or turning them into a concentrate. This made Tropicana a unique juice at the time and it became the largest company to sell fresh orange beverages.

When Were Oranges Brought To Florida?

Oranges were brought to Florida in the mid-1500s by Ponce De Leon.

The origins of oranges can be traced back to China but they were brought to St. Augustine by early Spanish explorers where they quickly flourished because of the state’s subtropical climate.

Orange juice started in the groves of Florida in 1916. It was marketed by Albert Lasker as a great beverage for starting the day.

Additionally, frozen orange juice concentrate was successfully formulated by Richard Stetson Mores in 1945 with the aim of extending its shelf life for transport.