The selection of orange juice variants available is pretty long. It’s only natural considering that this fruit drink is America’s second-favorite breakfast beverage.

Whether you’re just curious about it or you’re looking for a guide, you’ve come to the right place. Here’s a list of the types of orange juice!

Freshly squeezed orange juice is 100% fruit juice extracted straight from orange fruit either by squeezing or reaming. It is the raw form for commercial orange juice variants.

It will only take two to three medium oranges to fill a cup with freshly-squeezed orange juice. Since it is organic, it has no preservatives or added sugar and can be served as is.

For this very reason, however, this type of orange juice goes bad immediately and should be refrigerated to last for two to three days.

Moreover, you could store it in the freezer and it will last three to six months but should not be re-frozen once thawed for use.

Orange juice with pulp is the variant that has not been filtered and mostly contains solid particles including the pulp and some parts of the flesh.

Orange pulp, in particular, is the sack that holds the tasty, liquid portion of the fruit. While you may think that its use ends there, it is also rich in fiber, flavonoids, and holds most of the nutrients of an orange.

Fresh orange juice will always have pulp and cell membranes floating on the surface unless strained.

On the other hand, in commercial orange juice with pulp, the pulp is added after being pasteurized.

Some orange juice has more pulp than others because companies can add in extra to cater to consumers’ preferences.

Pulp-free orange juice is pure liquid orange juice that does not have any fiber floating nor does it contain solid particles.

This type of orange juice is ultra-filtered to remove the pulp and other sediments involved in the extraction process.

Once the unwanted pulp is extracted, it is either added to other orange juice variants or processed for other commercial uses.

Additionally, some companies add an extra step in their manufacturing process known as homogenization wherein the pulp is blended to ensure that it turns into 100% liquid.

Frozen concentrated orange juice is a commercially-processed fruit juice that is dehydrated to make it more potent.

It was first invented in 1945 during WWII  to supply American soldiers with much-needed vitamin C on the frontlines.

USDA scientists pioneered the process of creating concentrated orange juice by evaporating the liquid part through exposure to light temperatures.

Frozen concentrated orange juice is regular orange juice that has undergone dehydration after being exposed to heat treatment to remove bacteria, water, and most liquid particles.

Since orange juice is 90% water, the pulp and other semi-solid nutrients are what’s left when this liquid portion is removed.

In concentrated orange juice, most of the water is separated until it becomes a viscous consistency with an extended shelf life.

Frozen concentrated orange juice lasts for about eight to twelve months. However, if you keep it in the freezer at a constant 0°F while tightly sealed, it will last indefinitely.

5. Not From Concentrate Orange Juice

Not from concentrate orange juice is not dehydrated and can still be called 100% orange juice.

This type of orange juice is only pasteurized to remove pathogens but the components are still the same with a few preservatives in the mix.

In addition, not from concentrate means that the orange juice isn’t diluted with water but may contain orange peel for extra taste.

Moreover, it also has added sugar, flavor packs, and extra coloring to make it more attractive in the market.

As for the shelf life, not from concentrated orange juice will last three to six months as long as it is unopened and stored in the freezer or the pantry.

On the other hand, if it is unsealed, it will last only one to two weeks in the refrigerator. 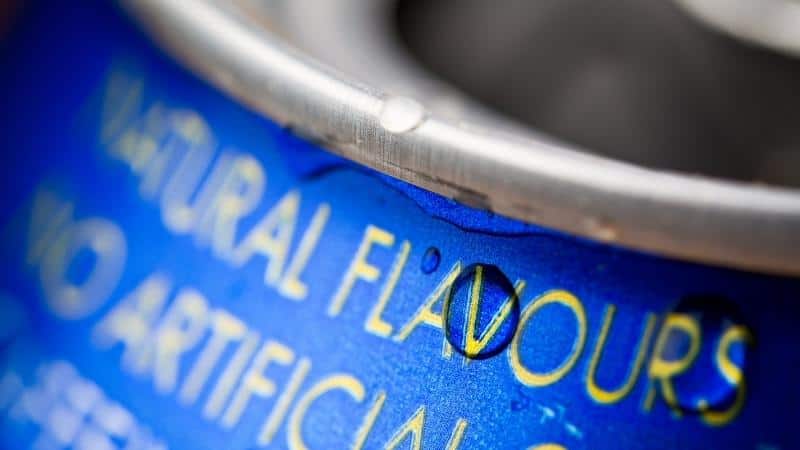 However, it is heat-treated through a flash-pasteurization method pioneered by Dr. Philip Phillips and subjected to extreme heat within fifteen seconds.

By subjecting the orange juice to exceedingly high temperatures in a short amount of time, it will retain its taste, flavor, and color while still having a long shelf life.

Canned orange juice that is sealed lasts up to one year in the pantry, but when opened, it will only retain its freshness for seven days in the refrigerator.

Fortified orange juice is the variant that has added vitamins and minerals in the mix. It can contain any fusion of vitamin D, C, calcium, or zinc in the formulation to enhance the nutrients it offers.

Although this OJ variation contains extra multi nutrients, it tastes no different from regular orange juice except for certain exceptions.

In particular, those fortified with calcium may vary in taste because their calcium content has different flavors.

Based On Orange Used

Blood orange juice has a strong sweet and tangy flavor. It is made from blood oranges famous for their scarlet flesh which tastes like raspberries with a slight hint of bitterness.

The unique flavor and coloring make blood orange juice a distinguished ingredient in desserts. It can be extracted every fall to winter and is commonly used as a marmalade or an iced refreshment.

Valencia orange juice is known for its sweetness with almost no hint of bitterness in the juice extract.

It is sourced from valencia oranges which are famous for being the queen orange of Florida due to their thin skin and thick flesh ideal for juicing.

These oranges are also known as summer oranges because of their harvest season from March to July.

Valencia orange juice can also be used as a cocktail mix due to its saccharine taste that goes well with a few alcoholic brews.

In addition, valencia orange juice lasts longer than typical OJ. This is because the presence of limonene which makes the extract bitter is in valencia’s seeds and not in the pulp or the juice itself.

Navel orange juice is sourced from the most popular variety of orange fruit which is seedless and has loose skin making it ideal for juicing. It tastes a little tarty, sweet, and strongly aromatic.

These oranges are harvested during the winter season and their juice can be used as a flavoring in soups or added to tea to warm the body.

In addition, this juice is also used in bread, muffins, and salads due to its slightly tangy flavor and strong sweet scent.

When you’re planning to drink it as an organic refreshment, it is best to consume navel orange juice upon extraction as it contains limonene and will taste bitter and sour within an hour.

Clementine orange juice is pure sweetness without the signature tartness of oranges. It is extracted from clementines characterized by a small, bright orange appearance.

Since clementine orange juice is known for its honey-like sweetness and even has little acidity, it is often used as salad flavoring or fruit cakes.

In addition, it can be a great stand-alone smoothie but will also go well with vanilla yogurt to make a frothy beverage.

Tangelo orange juice has a unique flavor combination of the sweetness of mandarin and the tarty taste of pomelo as it is sourced from a hybrid of orange and pomelo fruit.

Tangelos are hard to peel and characterized by their uncommon tarty taste thanks to their pomelo part.

However, tangelos also have stronger notes of sweetness over the bitter taste which makes them ideal for juicing.

Tangelo orange juice is often used in cakes, sauces, and even as a marinade due to its notable properties.

In addition, it can also be added to stir-fry dishes in Asian cuisine giving the meat a tender, fruity taste.

Orange juice can be classified into two types: based on the production process and according to the kind of oranges used.

There are a lot of orange juices based on the source used but the most popular ones are blood orange, Valencia, navel, clementine, and tangelo.

On the other hand, orange juice classified according to production includes freshly squeezed, with pulp, no pulp, concentrated, not from concentrate, canned, and fortified.