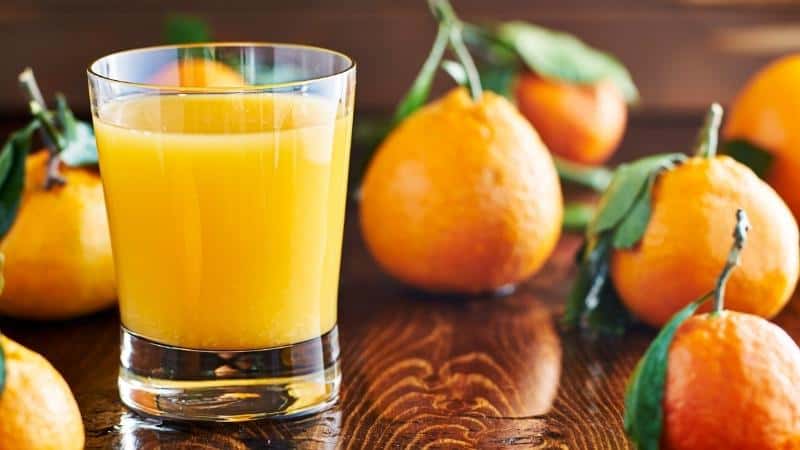 It’s known as sunshine in a cup with its bright orange color and sweet citrus taste. But there’s a lot more to your cold glass of orange juice than meets the eye.

If you’re looking for all things orange juice, you’ve come to the right place. Here are some very interesting orange juice facts!

1. Orange juice originated in the groves of Florida in the 1920s.

While people have been using the juice of oranges since the 17th century in different recipes, drinking the fruit extract as a beverage was not done until the 1920s.

This is because oranges were considered a luxury at the time and they could only be enjoyed during certain seasons.

However, as farming technology advanced, orange production increased exponentially and in a flash, the citrus groves of Florida experienced an unprecedented boom and overproduction.

Farmers and grove owners employed marketing services to dispose of this excess resulting in the invention of orange juice as a commercial drink.

2. Albert Lasker is the man behind the success of orange juice as a beverage.

One of the major grove owners in Florida facing a dilemma during the orange overproduction was the California Fruit Grower’s Exchange.

They hired a marketing man named Albert Lasker to solve this issue and urge people to consume more oranges.

Lasker began by renaming the company Sunkist and formulating a concept that would lead to the quick consumption of oranges.

He put forward that it would take 2 to 3 oranges to fill a glass and sold them by the bundle together with his Sunkist orange extractor worth ten cents.

Lasker’s idea was so well received that the consumption of oranges rose to a whopping 400%.

Lasker successfully got rid of the excess oranges through his innovative idea of drinking orange juice, however, it did not end there.

Lasker advertised orange juice as ‘healthfulness’ itself. This was crucial because Americans were particular about healthy foods due to the 1918 pandemic.

Lasker further claimed orange juice was a breakfast beverage because of its calcium and vitamin C content.

By the 1930s, orange juice had become a part of every American breakfast table and was the second most popular beverage after morning coffee.

4. Frozen concentrated orange juice is supposed to be a WWII product.

During WWII, the American government was desperate to supply vitamin C to their soldiers through delicious orange juice.

However, they were unable to do so because their orange juice tended to go bad after leaving the farm.

However, the war ended before the product was transported. It was released in the commercial market instead. It was named Minute Maid due to ease of use and it became a breakfast staple.

5. Orange juice is the most popular category of juice drinks

Twenty-three percent of the sales made by the beverage industry comes from refrigerated juice and juice drinks revenue, thus making orange juice the leading juice variant worth almost $30M in the market share.

6. Tropicana is the leading orange juice company in the USA.

Tropicana Premium is the leading orange juice brand in the US market.

On top of this, Tropicana owns more than 70% of the United States’ sales when it comes to the not-from-concentrate, refrigerated orange juice sector.

Brazil is responsible for cultivating 34% of the global orange production and in turn, accounts for 62% of the worldwide orange juice supply.

In fact, there is a huge gap difference between Brazil’s production and the USA’s, which is the second-largest producer of orange juice accounting for 10% of the global demand. 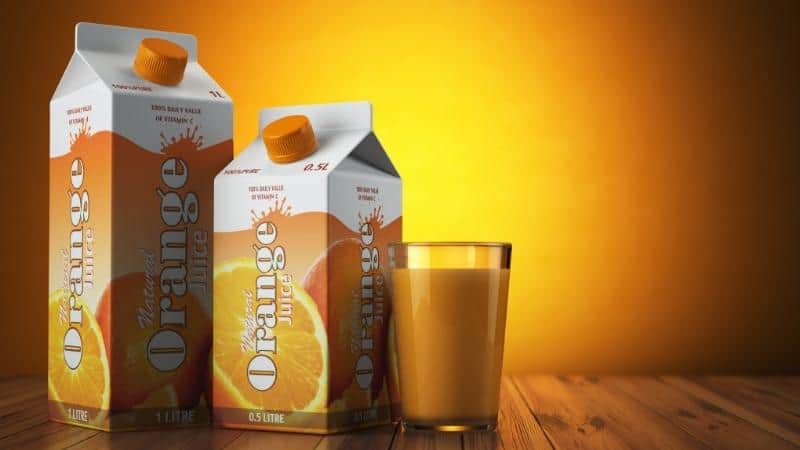 It is a misconception that the more processed the orange juice is, the lesser nutrients it contains.

Freshly squeezed orange juice and the store-bought variants have the same amounts of vitamins and minerals.

Commercial orange juice is minimally processed, either by pasteurization or by applying high pressure to remove pathogens and foreign microorganisms.

These processes are neither harsh nor are they able to destroy the nutritional content of the orange juice.

9. Aside from boosting the immune system, orange juice can literally make you giddy.

Orange juice is well known for being a good source of vitamin C which helps boost the immune system and stave off infections and flu.

In addition to keeping you in tip-top shape, orange juice can also make you feel happy and enthusiastic.

Vitamin C stimulates the production of good emotions, making you feel happy and ready to start the day.

Moreover, orange juice is bright in color which is proven to stimulate feelings of satisfaction and positivity.

10. Fortified orange juice is for the lactose-intolerant.

In particular, a variant made with added calcium is a great way for the lactose-intolerant population to get their calcium fix without consuming milk-based products.

11. Tang orange juice was a visitor in space.

Tang reached the depths of outer space by traveling alongside the Gemini and Apollo programs after being appointed as NASA’s official orange juice drink in the 1960s.

Contrary to popular belief, NASA is not the creator of Tang. The powdered juice brand existed long before the space mission.

Due to its versatility and taste, Tang orange juice was used to sweeten the unusual water supply during space travel.

12. Fermented orange juice is safe to drink when intentionally made.

This orange juice variety is left to go bad using yeast present in the air but is safe for drinking because other pathogens are not present.

Storing orange juice in the refrigerator can extend its shelf life and prevent it from going bad after a few days.

When it comes to concentrated frozen orange juice which naturally lasts a long time, freezing it at 0°F will ensure freshness indefinitely.

Orange juice can be traced all the way back to the 17th century but it was only used as a beverage in the 1920s due to a hit marketing strategy.

Albert Lasker, the marketing genius behind the rise of the orange industry, also paved the way for it to become a staple breakfast drink.

Orange juice is now the most consumed juice drink in the beverage sector, not only for its great taste but also for all the health benefits it is packed with.