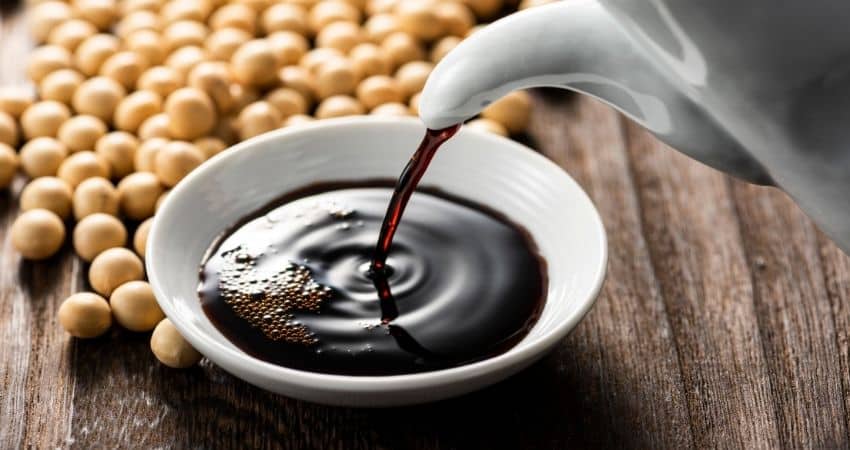 There are so many brands of soy sauce available for you to use in your kitchen for all your dishes.

If you’ve ever heard of Yamasa soy sauce, you might be wondering if it is good. You don’t have to wonder anymore because I did the research, and here’s what I found!

What Is Yamasa Soy Sauce?

Do you want to learn more facts about Yamasa soy sauce? Keep reading the rest of the article to find out!

One of Yamasa’s most popular soy sauces is their regular soy sauce, which is a rich soy sauce that has a tangy and strong savory taste with a mild saltiness.

For instance, those who like stronger yet less salty flavors may prefer Yamasa soy sauce whereas others may prefer Kikkoman soy sauce because Kikkoman has a smoother and saltier taste.

Therefore, how good Yamasa soy sauce is will be based on your tastes, but Yamasa is a decent soy sauce brand for most cooking purposes.

Where Is Yamasa Soy Sauce Made?

To create Yamasa soy sauce, the manufacturers get an equal amount of soybeans and wheat. Soybeans get steamed while the wheat gets crushed and roasted, then the wheat and soybeans are combined.

Next, Yamasa manufacturers add a purely cultured seed Koji-mold to the wheat and soybeans, and the mixture gets left to develop for several days.

Salt gets dissolved into water then mixed into the Koji, wheat, and soybeans mixture and this mixture ferments for several months.

Once the fermentation process is complete, the mixture gets squeezed to separate the liquid, which is raw soy sauce.

Manufacturers then heat the raw soy sauce to a specific temperature to pasteurize the soy sauce, getting rid of the bacteria.

Once pasteurization is finished, the finished soy sauce gets inspected then bottled.

How Old Is Yamasa Soy Sauce?

Yamasa Corporation was founded back in 1645 and the company was incorporated in 1928.

What Kinds Of Yamasa Soy Sauce Are There?

Yamasa creates a variety of soy sauces, and their most popular soy sauce is Yamasa Regular Soy Sauce because you can use Yamasa regular soy sauce in most recipes.

How Do You Use Yamasa Soy Sauce? 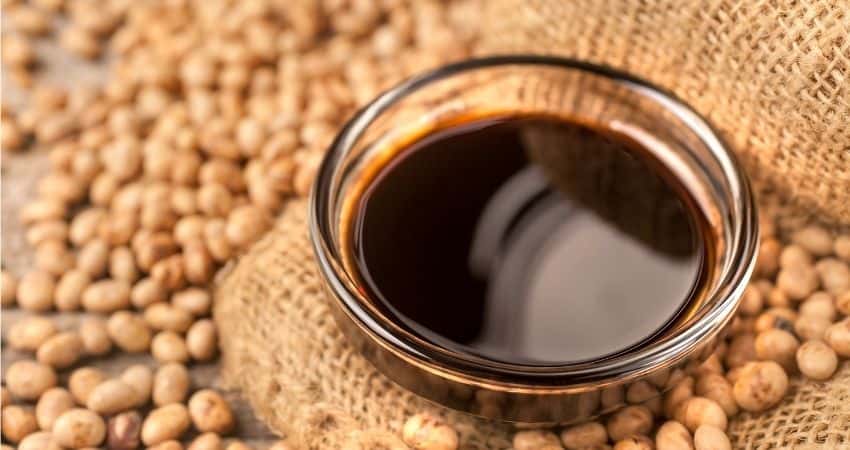 For instance, Yamasa regular soy sauce can be used in nearly every recipe that calls for normal soy sauce.

Additionally, Yamasa has Less Salt Soy Sauce, which you can use for recipes that need soy sauce without consuming the same amount of sodium.

Moreover, Yamasa soy sauce creates other soy sauces with more specific uses, such as Sashimi Soy Sauce and Sushi soy sauce which are used to dip sashimi and sushi, respectively.

How Much Alcohol Is In Yamasa Soy Sauce?

Yamasa soy sauce is vegan because it does not contain any animal products nor does Yamasa require animals in the process of making soy sauces.

What Can You Substitute Yamasa Soy Sauce For?

However, it may be worth noting that Japanese-style soy sauces may be the best replacement for Yamasa soy sauce since Yamasa creates Japanese soy sauces.

For instance, Kikkoman Naturally Brewed Soy Sauce can be a good replacement for Yamasa soy sauce because they are both Japanese soy sauces.

However, you can still use other soy sauces, such as Chinese-style soy sauces like Lee Kum Kee, but there might be a slightly different flavor.

Therefore, you cannot use different types of soy sauces to replace Yamasa soy sauce, it has to be the same kind of soy sauce.

For example, you cannot use light soy sauce to replace Yamasa Less Salt Soy Sauce because they have very different colors and flavors.

Feel free to read our related articles to learn about more kinds of Japanese soy sauce substitutes, vegan soy sauces, and what soy sauce tastes like.

Yamasa soy sauce is a type of Japanese-style soy sauce and Yamasa is an old soy sauce manufacturer from Japan.

Yamasa creates a variety of soy sauces that are excellent choices if you need to use soy sauce, especially if you are following a Japanese recipe.