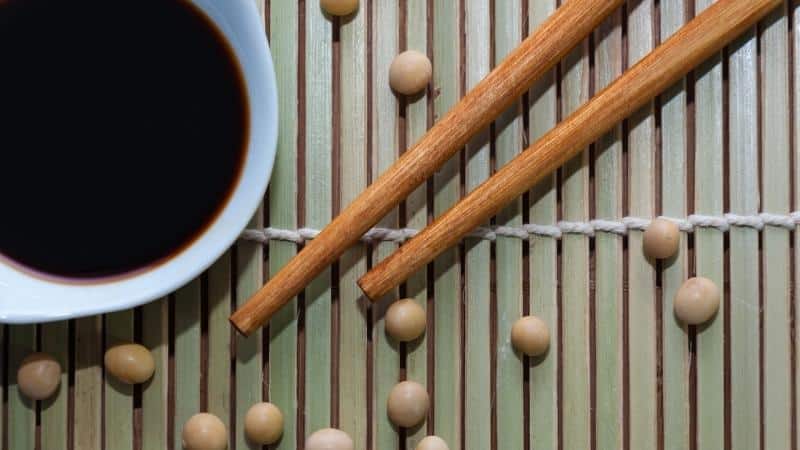 Soy sauce is a popular condiment that we commonly add to many dishes to enhance their flavors and color. It goes great with all kinds of recipes, whether with fish, meat, or vegetables.

Perhaps its name and versatility have you wondering whether soy sauce is vegan or vegetarian. I did the research and here’s what I found out!

Soy sauce is safe for both vegetarians and vegans because it contains plant-based ingredients like soybeans and wheat, and the process of making soy sauce does not involve animals. However, it is important to check if the brand tests its products on animals before consuming them to ensure that it is vegan.

Are you curious about which soy sauces are vegan and vegetarian-friendly and what alternatives there are? Keep on reading to learn more!

Why Is Soy Sauce Vegetarian?

Soy sauce is vegetarian because it does not contain any meat, poultry, or seafood in it. Its ingredients include wheat, soybeans, salt, and water.

Why Is Soy Sauce Vegan?

Most soy sauces are vegan because they are plant-based and usually have no animal products or by-products in them. Moreover, the process of making soy sauce does not involve animals at all.

However, it is important to double-check because some brands may test their products on animals.

For instance, Kikkoman is officially vegan but they formerly tested their products on animals.

Does Soy Sauce Have Fish?

Modern soy sauce does not contain any fish or fish by-products in it, making it safe for vegans and vegetarians to consume.

Soy sauce from the Zhou dynasty used to have fermented fish in it but it was eventually replaced with soybeans.

Does Soy Sauce Have Meat?

Soy sauce does not contain any meat or meat by-products in it despite it having a natural savory and almost meaty flavor to it.

Umami flavor is naturally created during the brewing and fermentation process so soy sauce does not need added meat or meat by-products.

Does Soy Sauce Have Lactic Acid?

Lactic acid in itself is technically safe for vegans to consume but it will depend on where it comes from as it can also be taken from animals.

Most trusted brands like Kikkoman are safe for vegans because they brew soy sauce the traditional way, meaning their products contain lactic acid that comes from plant fermentation.

Does The Process of Making Soy Sauce Involve Animals? 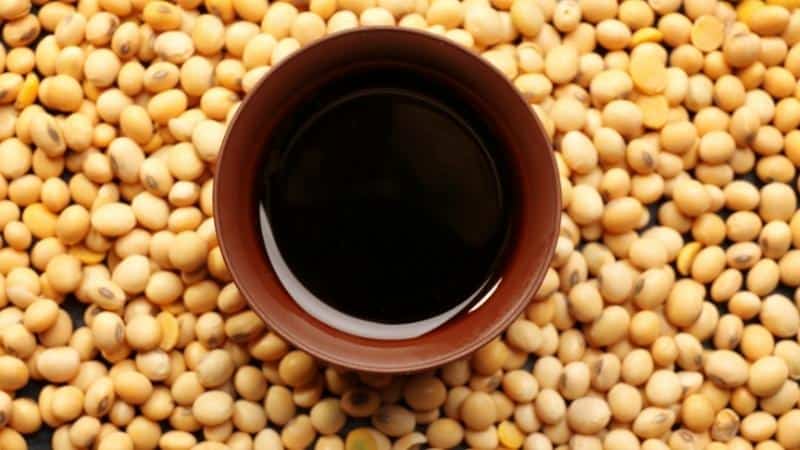 Creating soy sauce does not currently involve animals because it relies on a fermentation and aging process.

Soy sauce is made by brewing soybeans with water, salt, and roasted wheat, adding fermentation agents like yeast to encourage the mixture to ferment.

Typically, it takes at least 5 months or longer to create soy sauce but the process does not require any animal products or animal testing.

Light soy sauce is safe for vegetarians and vegans because it does not contain any animal products.

Vegetarians and vegans can have dark soy sauce because it is made out of plant-based products and salt.

As a result, Kikkoman is safe for vegetarians and it is now officially safe for vegans to consume as well.

Fresh soy sauce is another name for light soy sauce which is vegetarian and vegan-friendly.

Tamari soy sauce is safe for vegetarians and vegans to eat. Moreover, it is also gluten-free because it does not contain any wheat.

Other Vegan Alternatives To Soy Sauce

If you are unsure whether your soy sauce is vegan-friendly, here are some alternatives you can try.

Coconut aminos is a vegan-friendly alternative to soy sauce because it only contains fermented coconut sap and salt.

Its umami and salty flavors make coconut aminos a good replacement for soy sauce. However, it will taste a bit sweeter than traditional soy sauce.

Liquid aminos is a naturally vegan substitute for soy sauce because it is made by using an acidic solution to break soybeans down into amino acids, similar to making soy sauce.

With a milder taste compared to traditional soy sauce, liquid aminos have a bit of sweetness to it. It also has a similar texture and color to soy sauce making it a good addition to many recipes.

Unlike coconut aminos where there is added salt, liquid aminos have naturally occurring sodium.

Miso paste is a fermented paste made from salt, soybeans, and grains, and it can replace soy sauce in some recipes.

This substitute has a savory and sweet flavor profile like soy sauce, but it is a bit milder. It works best in sauces with lots of liquid and soups.

If you want to use miso paste to replace soy sauce, mix the paste with a little water before using it in your recipe.

Plain salt can replace soy sauce in some dishes because salt is one of the main flavors of soy sauce.

However, salt will lack the complete flavor that soy sauce provides because it is not savory. Moreover, salt cannot add the color and texture that soy sauce can offer in recipes.

Most soy sauces are vegetarian and vegan-friendly because they are completely plant-based and they do not require any animal products in their creation process.

However, it is important to check if the brand does tests on animals and where they source their lactic acid from to ensure that your soy sauce is vegan.