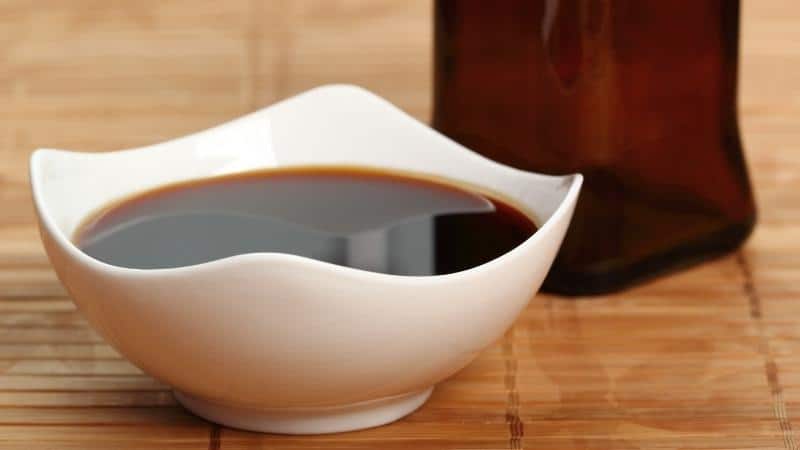 Soy sauce is a very popular go-to for seasoning food and an excellent condiment for many dishes.

However, you may be wondering if soy sauce is halal. I did the research and here’s what I learned!

Traditional soy sauce is technically not halal because it contains alcohol. But it is usually just 2-3% alcohol and it is only consumed in small amounts so it is not enough to intoxicate a person. However, there are non-alcoholic alternatives to soy sauce like all-purpose soy sauce that are considered halal.

Are you wondering why soy sauce contains alcohol, what soy sauces are halal, and more? Keep reading to find out!

Why Is Traditional Soy Sauce Not Halal?

Why Does Soy Sauce Contain Alcohol?

Traditional soy sauce almost always contains alcohol because it is created from the brewing process.

Most soy sauces are made from water, salt, wheat, and soybeans that are brewed and fermented, similar to how beer is made.

Manufacturers add yeast and bacteria into the soy sauce, encouraging it to create a culture. Bacteria and yeast help break down the wheat starches to turn them into sugar, and some of this sugar will turn into alcohol.

How Do I Know If Soy Sauce Is Halal?

The best way to find out whether your soy sauce is halal is to check the ingredients on the label to see if alcohol is listed.

However, it is possible that your soy sauce contains alcohol without it being on the ingredients list. In this case, you can tell if soy sauce is halal or not by knowing what brewing method was used.

Traditional brewing methods will contain alcohol as it is a part of the fermentation process. But some brands add alcohol as a preservative, particularly if it is non-fermented soy sauce.

Dark soy sauce usually is not halal because it contains around 2% of alcohol by volume from the fermentation process.

Light soy sauce contains less alcohol than its dark counterpart but it is still not halal.

Natural Kikkoman soy sauce is not halal because it has about 1.5-2% alcohol by volume. However, certain variants of Kikkoman, like tamari gluten-free soy sauce, are halal.

Certain tamari soy sauces, like San-J, are not halal because they contain around 2% alcohol by volume from food-derived alcohols. However, Kikkoman Tamari Gluten-Free soy sauce is halal. 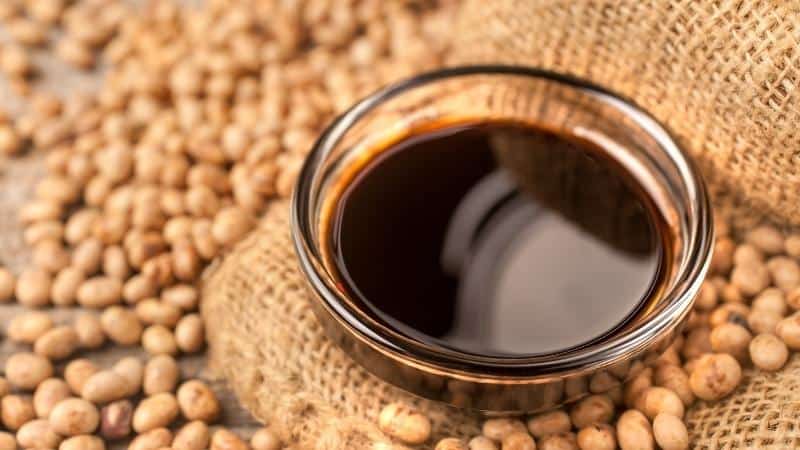 Low-sodium soy sauce is not halal because it still contains alcohol from the fermentation process. It is only different from regular soy sauce because it has less salt in it.

Many gluten-free soy sauces are not halal because they can contain natural or added alcohol. An exception would be Kikkoman Tamari Gluten-Free soy sauce which is halal.

What Soy Sauce Is Halal?

Real soy sauce almost always contains alcohol because of the fermentation process. However, there are some non-traditional soy sauces that are free of alcohol.

Chemically processed, or non-brewed, soy sauces are halal because they do not contain alcohol unless stated otherwise.

Non-brewed soy sauce only takes a few days to create because it does not ferment and create alcohol, unlike traditional soy sauce, which can take 6 months to make.

If you are looking for more substitutes for soy sauce that are halal, you can try these options:

Liquid aminos make a great alcohol-free replacement for soy sauce because it looks and tastes like soy sauce. It is also made from soybeans but it is not fermented.

This dark and salty sauce is a bit sweeter than traditional soy sauce. It is also very similar to tamari soy sauce since it does not contain gluten.

Lea & Perrins Worcestershire sauce is a fermented sauce made out of natural ingredients that are halal certified, making it safe to consume.

Worcestershire sauce is another dark sauce that works well as a seasoning replacement for soy sauce. It is salty with deep flavors that can mimic soy sauce, but it has a more distinct flavor.

It is important to note that not all brands of Worcestershire sauce are halal. The ones that are halal should have a certification that they are completely free of alcohol.

Made out of coconut sap and salt, coconut aminos are a bit salty with a touch of sweetness. This flavor profile can substitute soy sauce in certain recipes.

If you want to learn more about soy sauce, you can see our related posts on whether soy sauce has alcohol, if soy sauce is fermented, and soy sauce substitutes.

Almost all soy sauces are not halal because the traditional way to make them creates natural alcohol from fermentation. Some brands may also add alcohol to preserve their soy sauce.

Non-brewed soy sauce is halal soy sauce because it is chemically processed and free of alcohol, but it does not have the same taste and consistency as traditionally brewed soy sauce.