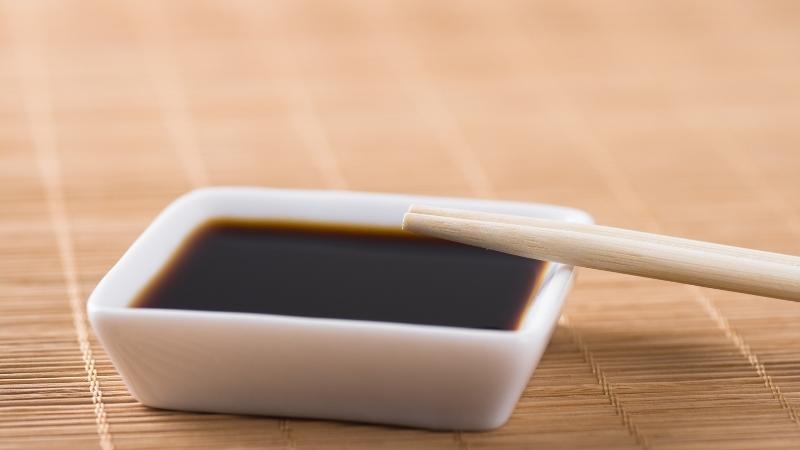 Soy sauce is a versatile ingredient that is used in many recipes. It originated in Asian cuisine but it has gained popularity around the world.

Having crossed so many international culinary borders, you might be wondering what exactly soy sauce truly tastes like. I looked into it and here’s what I found out!

Are you still curious about the main flavors of soy sauce, what the different types of soy sauce taste like, and more? Keep on reading to find out!

What Are The Main Flavors Of Soy Sauce?

The main flavors of soy sauce are salty and umami, with saltiness being the stronger of the two.

You may notice a level of sweetness in your soy sauce and a slightly bitter taste at the end which many people do not taste due to the strong salty and umami flavors.

Typically, these flavors all combine well to create soy sauce, which is how it adds a complete flavor to many recipes.

Umami is the fifth core taste along with the four other basic tastes which include sweet, sour, bitter, and salty.

Typically, umami is described as a meaty and savory flavor and tastes like MSG or monosodium glutamate.

Why Is My Soy Sauce So Salty?

Soy sauce is very salty because one of the main ingredients is salt.

Salt not only provides the primary flavor but also helps preserve the soy sauce since bacteria and mold have a hard time growing in salty environments.

Why Is My Soy Sauce Bitter?

Soy sauce has lots of flavor compounds that create complex and delicious tastes, including a bitter flavor.

Bitterness is not usually the main flavor of soy sauce because it is a “hidden” flavor that adds to the overall profile of soy sauce.

Why Is My Soy Sauce Sour? 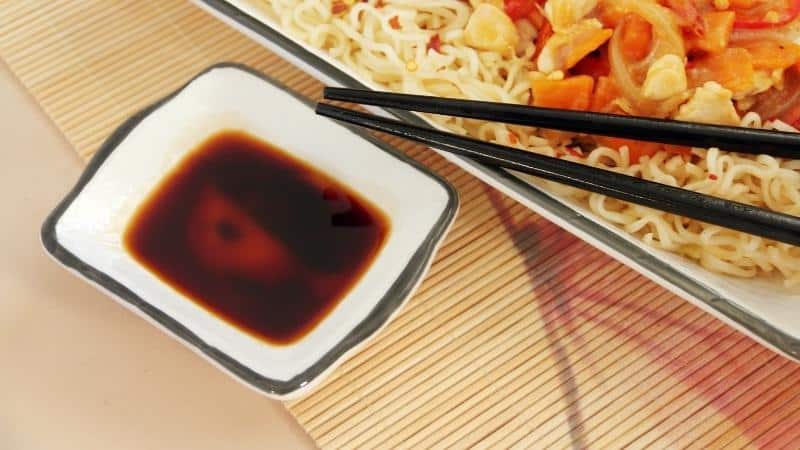 Fresh soy sauce is not naturally sour since the main flavors you should notice are salty, sweet, and bitter. If it is noticeably and unpleasantly sour, your soy sauce may have gone bad.

Soy sauce can go bad several months after you open it, especially if you leave it improperly sealed and unrefrigerated.

Bacteria and mold can go through the container and multiply in the soy sauce, causing it to taste sour.

Light soy sauce is a soy sauce that is milder in flavor compared to traditional soy sauce but it is also much saltier with a mild sweet flavor.

Dark soy sauce tastes a bit sweeter than light soy sauce but it is still salty with umami flavors.

Dark soy sauce contains a lot of salt but it’s not easy to tell because the sweetness balances out the saltiness.

Kikkoman soy sauce’s main flavor is salty with a complex mix of sour and sweet flavors.

Sweet soy sauce has a sweet, molasses-like taste that is very noticeable but you can still taste how salty the soy sauce is as well.

Tamari soy sauce has a less salty and more mellow flavor than regular soy sauce but it still has strong umami flavors.

Mushroom soy sauce tastes like regular soy sauce but with a rich and earthy taste that adds more depth to a recipe.

Expired soy sauce typically tastes incredibly sour and unpleasant but the exact taste will depend on how expired it is or what caused your soy sauce to spoil.

Soy sauce primarily tastes like salt followed by strong savory flavors of umami, notes of sweetness, and a hint of bitterness.