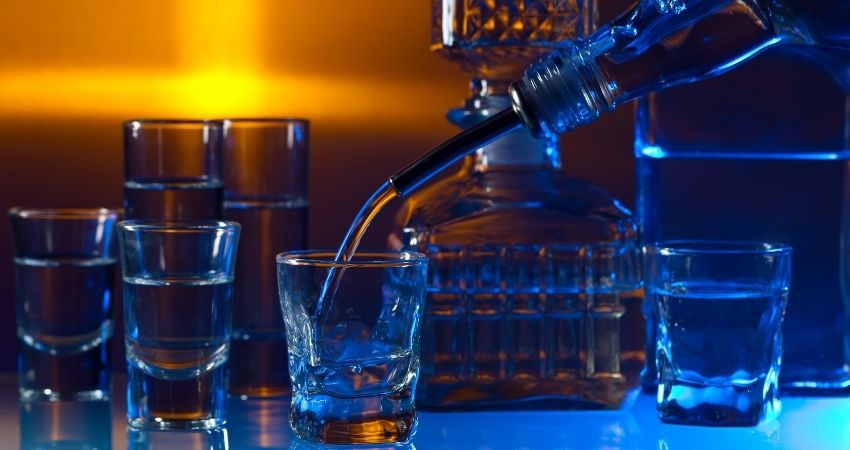 Today’s drinking culture is saturated with jargon that might make you feel out of your depth, especially when you’re drinking with your more experienced companions.

An especially confusing term you might’ve heard at bars is “well vodka.” Is it a brand, a cocktail, or a category? What is well vodka? I looked into it and here is what I found!

What Is Well Vodka?

Well vodka is a vodka stored where bartenders keep their most frequently used spirits and juices. Typically, well vodkas are lined up on the speed rail in front of the bartender for accessibility. While well vodkas are generally low-cost brands, some establishments keep premium brands in their “well” to cater to affluent clients.

If you are eager to learn more about well vodkas and what brands are usually classified as well vodka, keep on reading!

Why Do They Call It Well Vodka?

Well vodkas are termed as such because well vodkas are commonly found in the “well,” which is a speed rail typically positioned in a bar at the bartender’s waist height.

Additionally, speed rails are racks that typically resemble a well both in appearance and function, but this well holds spirits instead of water.

What Is Considered Well Vodka?

Moreover, the well vodkas brands available depend on the establishment because different businesses cater to different types of consumers.

If an establishment serves low to middle-class clients, they usually have the cheapest vodkas in the market in their well.

On the other hand, higher-end establishments would keep middle and top-shelf brands in their well to cater to the tastes of their clients.

Is Grey Goose A Well Vodka?

Grey Goose is a top-shelf vodka brand that is not usually used as a well liquor.

Furthermore, a bottle of Grey Goose costs more than its middle to bottom-shelf counterparts, so if Grey Goose is used as well liquor, the prices of mixed drinks served with the Grey Goose will be higher.

Is Tito’s A Well Vodka?

Tito’s Handmade Vodka is a high-quality brand with an affordable price tag. Given Tito’s taste, price, and popularity, Tito’s Vodka is usually used as a well vodka.

Is White Russian A Well Drink?

White Russian is a type of alcoholic drink and since the Kahlúa and milk can overpower vodka’s taste, almost any vodka brand can be used to make a good White Russian.

A Vodka Red Bull may be listed as a well drink in some establishments, but vodka Red Bulls will typically cost higher because energy drinks like Red Bull are expensive.

Generally, you might be charged more when you choose energy drinks as your mixer.

Is Vodka And Cranberry A Well Drink?

Is A Cherry Vodka Sour A Well Drink?

A cherry vodka sour is a well drink in some establishments, and not in others often because good quality grenadine can be costly.

What Is A Good Well Vodka Drink To Order? 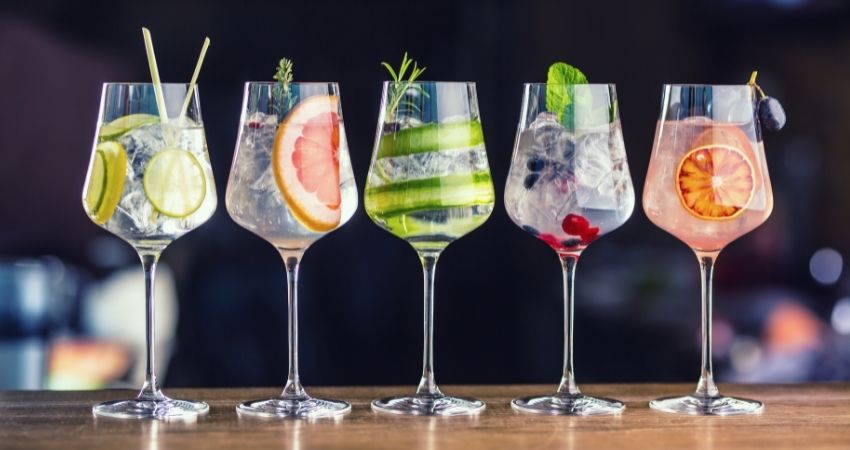 Some of the most popular well vodka drinks you can order are screwdriver, vodka cranberry, Moscow Mule, bay breeze, Black Russian, and Bloody Mary.

What Is the Difference Between Well And Top-Shelf?

Well vodkas are usually synonymous with bottom-shelf vodkas because well vodkas are the cheapest vodkas in the establishment or the market.

On the other hand, top-shelf vodkas are premium brands that cost more and are typically sold in sleek, eye-catching bottles.

Additionally, top-shelf vodkas are often displayed on the bar’s top shelf where consumers can request them by name.

In contrast, well vodkas are hidden behind the bar out of the customer’s eyesight but still within easy access of bartenders.

Nonetheless, whether a certain vodka brand is considered a well vodka doesn’t automatically mean that the vodka is bottom-shelf.

What’s The Difference Between Rail Vodka And Well Vodka?

Rail vodka is another term for well vodka. In most liquor-selling establishments, cheap liquors like vodka are stored in a speed rail behind the bar.

Since the rail resembles a well, the liquors stored in the rail are sometimes called “well” liquors.

What’s The Difference Between Call Vodka And Well Vodka?

Call vodka is the opposite of a well vodka. Like its name implies, a call vodka is usually requested or “called” by name because the client wants to drink a specific brand.

In contrast, well vodka is hidden behind the counter, and the client doesn’t normally know or care what type of vodka is used on the mixed drink they order.

What Brands Are Well Vodka?

Some of the most popular well vodka brands are Tito’s Handmade Vodka, Svedka, Smirnoff No. 21, Sobiesky, and Wodka.

All of these brands are known to be high-quality and affordable, making them the ideal vodkas to be used in mixed drinks.

Take a look at our other articles to learn where Tito’s Vodka is made, how many times Grey Goose vodka is distilled, and how to drink vodka without tasting it.

Well vodka refers to vodkas that are kept in the speed rail of a bar for easy access of bartenders, and well vodkas are often used to make mixed drinks.

While well vodkas are normally associated with bottom-shelf brands, that’s not always the case. Some establishments can use top-shelf brands to create a “premium well.”