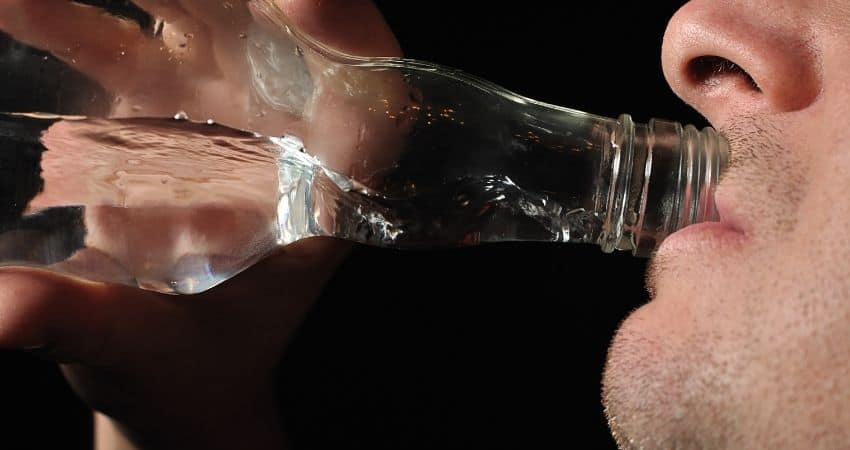 Knocking back shots is often enough to get a lot of people’s adrenaline pumping, especially when it’s the harsh alcoholic taste of vodka they’re gearing up to take.

If you’re sick of cringing from the unsavory flavor of vodka but still want to drink vodka, here’s a complete list of methods you can try on your next Friday night out.

How To Drink Vodka Without Tasting It? (Complete List)

It may look silly, but there is a strong scientific basis for why pinching your nostrils shut is effective to block the taste of spirits like vodka.

Around 80% of your taste perception happens through the nose, which is why pinching your nose can neutralize the harsh flavors when drinking vodka.

Be sure to exhale before unpinching your nose, otherwise, you’ll still taste the vodka.

2. Breath Out And Swallow

Another method that focuses on your sense of smell is breathing out before swallowing the vodka.

Basically, exhaling before and after each shot prevents you from tasting the vodka.

When you exhale before a shot, it helps you close your nasal passage and prevent the taste from reaching your nose as you drink.

After knocking back a shot, breathing out again ensures that the fresh alcoholic taste on your tongue leaves through your mouth and doesn’t pass through your nasal passage.

Succeeding in this method might take practice for some, but a lot of people state that exhaling works.

3. Press Your Tongue Against The Roof Of Your Mouth

If breathing out before a shot is too hard to remember when there’s alcohol in your system, you’ll find that pressing your tongue against the roof of your mouth is much simpler.

Once the vodka is in your mouth, apply pressure to the roof of your mouth using your tongue and hold your tongue’s position for a couple of seconds after swallowing.

Theoretically, doing this tenses a muscle in your mouth that plugs up your sinuses and prevents the scent from reaching your nose.

A slightly different method requires you to press your lips together while your tongue is pushed against the top of your mouth after you drink the vodka.

Breathe out through your nose and count to fifteen. Once you open your mouth, you shouldn’t be able to notice the vodka’s taste.

You might have to excuse yourself for this one, but if you really can’t stomach the taste of vodka then consider wiping your tongue and mouth dry with a napkin.

However, you’ll have to take a shot immediately after drying your mouth since your saliva replenishes within a couple of seconds.

An effective and less embarrassing way to do this method is to dehydrate your mouth with caffeinated drinks and avoid consuming water. 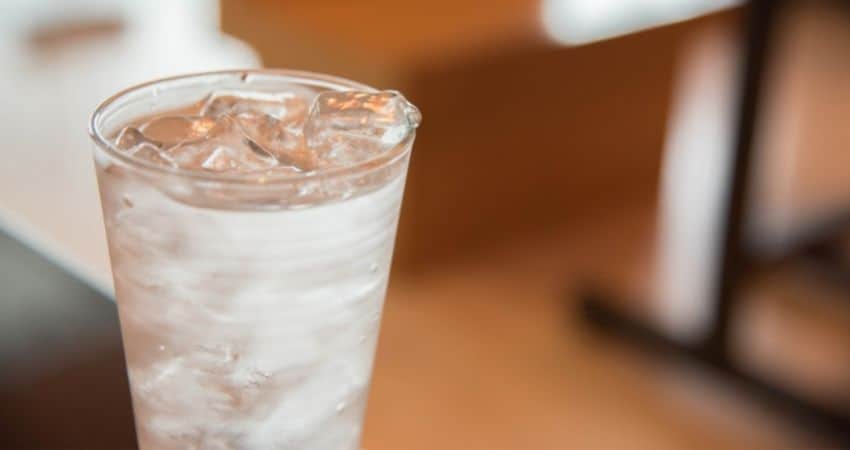 Before taking a shot of vodka, order a tall glass of cold water with ice cubes. Generally, the cold temperature will numb your tongue and make your tongue incapable of perceiving taste.

Nevertheless, this might not work if you don’t take the shot right after drinking cold water since your breath will warm up your mouth quickly.

Make sure that you time it correctly so that your efforts to down ice water and chew some ice cubes are duly rewarded.

You can use peppermint mouthwash before downing a shot of vodka to dampen the taste of vodka.

Peppermint mouthwash is effective to numb your taste buds and should reduce or eliminate the taste of every vodka shot.

While vodkas don’t freeze due to their high alcohol content, they can get cold enough that any harsh flavors are mellowed out.

Therefore, you can keep a bottle of vodka in the freezer before you drink the vodka.

For optimum results, take out the vodka only when you’re ready to pour the shots.

Mixing your vodka with soda water, tonic, cranberry juice, or other fruit juices is a straightforward way to make any vodka less potent.

Granted, that means you’re not taking vodka shots anymore, but if you want to skip the shot glass while still drinking vodka, a highball glass of vodka tonic will do.

First off, make sure to knock back every shot quickly so that the vodka heads straight to your throat. Next, sniff a portion of dark rye bread or use pickles as a chaser.

For the next round of shots, sip tea or eat dried fish. This method works because instead of numbing your taste buds, the food overpowers the vodka before you can even taste it.

Again, if shots are not in the cards for you, consider making a mixer using a top-shelf vodka and high-quality fruit juice and drinking your vodka mixer with a straw.

Straws are effective because they reduce the vodka’s contact with your tongue, making sure that the straw will shoot the vodka straight to your throat.

If you want to find out if vodka can freeze, if vodka is whiskey, and the best grey goose vodka mixers and cocktails, read our related articles.

Enjoying your vodka doesn’t require you to endure whatever harsh flavors you dislike about vodka since there are several methods to knock back a shot of vodka without tasting vodka.

By pinching your nose, using peppermint mouthwash, or drinking your vodka chilled, you’re getting the alcoholic goodness of vodka while skipping the bad taste.