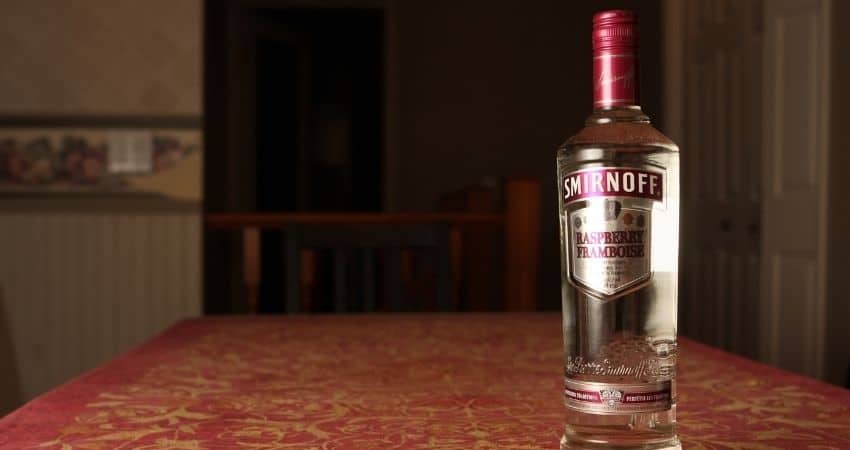 If you are new to the vodka scene, there are a few vodka brands that are so common you would have seen them in almost every store that sells liquor.

One of those common brands is Smirnoff Vodka. Consequently, you might be wondering what Smirnoff vodka is and whether it is worth drinking. I looked into it, and here is what I found!

What Is Smirnoff Vodka?

Smirnoff is a best-selling vodka that originated in Russia and is currently being mass-produced in America. Moreover, Smirnoff is named after its founder, Pytor Smirnov, who used the French version of his surname to represent his vodka brand. With Smirnoff’s rich history and impressive sales, Smirnoff vodka is currently considered one of the best vodka brands today.

What Does Smirnoff Stand For?

Smirnoff is the proprietary name of a vodka brand that originated in Russia and is currently produced in America by British beverage giant Diageo.

Additionally, Smirnoff is the French form of its founder’s surname which is Smirnov.

During the Bolshevik revolution, Pyotr Alexandrovich Smirnov’s descendant, Vladimir Smirnov, fled Russia and continued the business in Europe under the name Smirnoff.

What Alcohol Is Smirnoff Vodka?

Smirnoff is a spirit, specifically vodka. On account of Smirnoff’s neutral flavor profile, ingredients, manufacturing process, and alcohol content, Smirnoff is legally classified as a vodka.

Smirnoff is considered a real vodka because Smirnoff fits the legal definition of one.

As per the Alcohol and Tobacco Tax and Trade Bureau’s definition of vodka, vodka is an unaged neutral spirit that can possess a distinctive character and is bottled at a minimum of 80 proof.

Nonetheless, purists may argue that because Smirnoff is made from corn and not the traditional grains like barley, wheat, and rye, Smirnoff is not real vodka.

What Is Smirnoff Vodka Made Of?

Smirnoff is made from corn. However, Smirnoff does not disclose where they get their corn and the water they use to dilute the ethanol they derive from it.

As for flavored Smirnoff, Smirnoff claims that they use all-natural ingredients. Nonetheless, there is no mention of the specific ingredients and their corresponding sources.

Smirnoff is originally a Russian brand, but since Smirnoff moved their headquarters outside of Russia and gained global acclaim, Smirnoff is now primarily based in America.

Additionally, Smirnoff has been produced in America as far back as the 1930s, making Smirnoff vodka an American brand in this sense.

Smirnoff is not an Indian product. Nevertheless, Diageo does have a branch in India under the name United Spirits Limited.

Moreover, United Spirits Limited bottles Smirnoff in India but does not manufacture the Smirnoff vodka itself.

Why Smirnoff Is The Best Vodka? 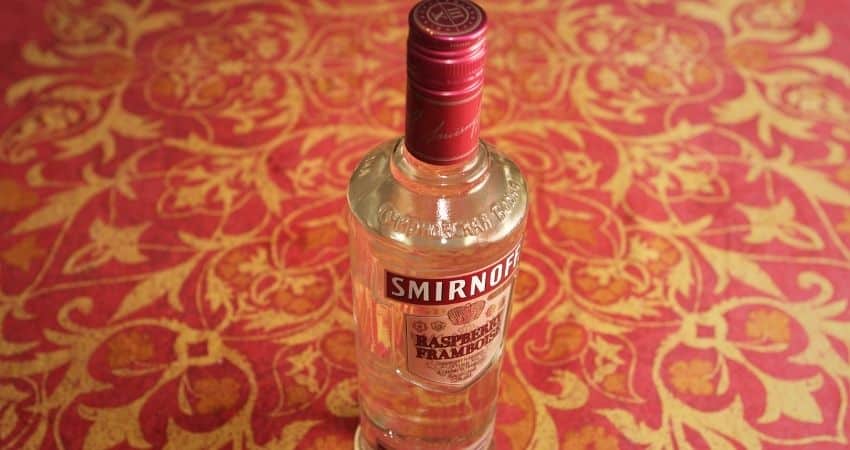 Generally, Smirnoff is considered the best vodka in terms of global sales volume and taste.

Based on 2020 statistics, Smirnoff Vodka had a sales volume of 23 million 9 liter cases, beating brands like Khortytsa and Absolut by a huge margin.

In 2021, Smirnoff experienced a small decline in sales but managed to remain the best-selling vodka in the world.

Moreover, Smirnoff is triple distilled, which is commonplace in the vodka industry, but Smirnoff vodka is also filtered 10 times, something that few brands do.

Smirnoff vodka’s flagship vodka, Smirnoff No. 21, is bottled at 40% ABV or 80 proof. Compared to alcoholic drinks, 80 proof is strong.

Additionally, Smirnoff has 100 proof vodka, making it extremely potent. Based on alcohol content, Smirnoff is considered strong, but fairly average compared to other spirits.

Does Smirnoff Vodka Get You Drunk?

Smirnoff Vodka can get you drunk, especially if you do not monitor how much you drink. Since Smirnoff is typically bottled at 80 proof, Smirnoff vodka can easily get you intoxicated.

However, the amount of Smirnoff it takes to get a person drunk depends on the person, and whether you take Smirnoff as shots or as a mixed drink.

How Many Shots Of Smirnoff Get You Drunk?

Assuming you’re taking Smirnoff No. 21 which has 40% ABV, it will take around 5 to 6 shots to show signs of intoxication if you are a woman.

However, it all depends on your alcohol tolerance, whether you ate, and the amount of time that lapses before you take each shot.

Is Svedka Or Smirnoff Better?

Whether Svedka or Smirnoff is the better vodka depends on a person’s preferences. Nonetheless, there are factors wherein Svedka and Smirnoff can be objectively compared.

In terms of sales, Smirnoff is better. While Svedka also has large global sales, Svedka does not come close to the volume Smirnoff can achieve annually.

With regards to taste, Svedka tends to be sweeter and smoother, which can be attributed to Svedka’s distillation process and use of spring water.

Nonetheless, if you do not have a keen sense of taste, Svedka and Smirnoff will come off as extremely similar.

Based on the quality of ingredients, taste, and price, Svedka is better, but the difference is so small that Smirnoff still manages to come off as the superior vodka for most people.

Read our related articles to learn what Smirnoff vodka is made from, if Smirnoff is Russian, and why your vodka freezes.

Smirnoff is a corn-based vodka brand that has continually proven to be the best-selling vodka in the world.

Additionally, Smirnoff has a long and colorful history that goes back to 1864 Russia as the vodka of choice of none other than the Russian royal family itself.