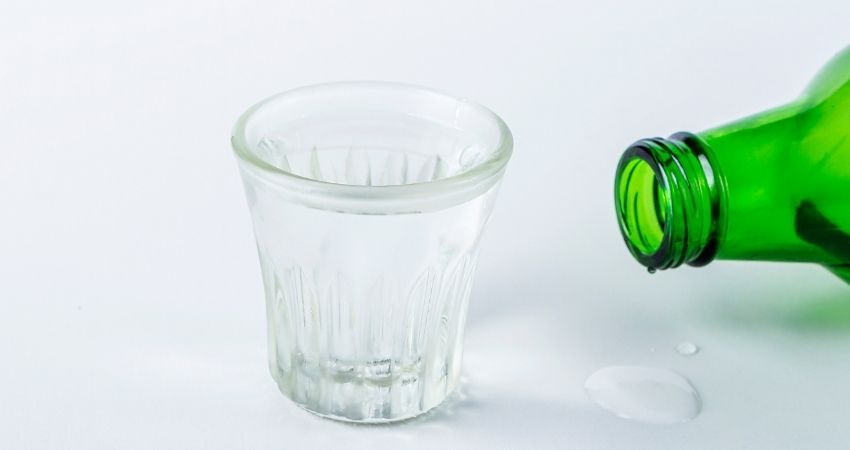 Vodka is a versatile spirit that can be made from almost any agricultural product, which is why distillers have been straying from traditional wheat and potato vodkas.

In case you have come across rice vodka, you may be wondering what rice vodka is. I did the research and here is what I found!

What Is Rice Vodka?

If you want to learn more about rice vodka and what sets it apart from other types of vodkas, keep on reading!

What Is Rice Vodka Called?

Rice vodka is referred to as rice vodka unless there is a specific brand you have in mind. However, some people sometimes mistake rice vodka for Japanese sake or Korean soju.

Both sake and soju are alcoholic drinks traditionally made from rice, but neither of them can be classified as vodka.

Can Vodka Be Made From Rice?

What Are The Ingredients Of Rice Vodka?

Some distillers prefer to use spring water from artesian wells while others favor mineral or alkaline water. Whichever the distiller uses has an impact on the overall taste of rice vodka.

Additionally, there are distillers that “correct” or treat their rice vodkas by adding glycerol or citric acid before the rice vodka is bottled.

Ultimately, it depends on the distiller what additional ingredients they use, if ever they decide to use any.

How Do You Make Rice Vodka?

Rice vodka is created by producing alcohol from rice, and to do that, distillers first have to make a mash by mixing the rice with yeast, water, and malt meal that then gets cooked.

After cooking the mash, the yeast and malt meal will convert the rice’s sugar content into ethyl alcohol through a process called fermentation.

At the end of the fermentation, the resulting liquid is distilled a certain number of times to purify the liquid and create a spirit with higher alcohol content.

Finally, the spirit is diluted with water to bottling strength, which is typically 40% ABV. Some distillers choose to filter their vodka before bottling them, while others don’t. 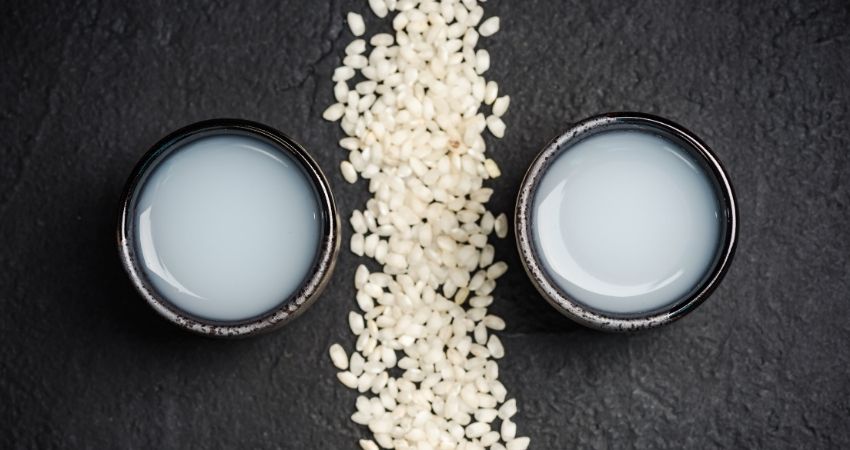 Rice vodka generally has the same alcohol content as other types of vodkas, which is 40% ABV or 80 proof. Otherwise, rice vodka would not be classified as vodka in America.

In Europe and other parts of the world, the minimum ABV for vodka is slightly lower at 37.5% ABV or 75 proof.

Nonetheless, it depends on the distiller if they want to bottle their vodka at a higher strength, as long as they meet the minimum alcohol content for vodka in the countries they are distributing to.

How Do You Drink Rice Vodka?

Generally, it is recommended that you take rice vodka neat so that you can enjoy the starchy mouthfeel and sweet notes. Additionally, you should sip rice vodka instead of taking it as a shot.

In case the rice vodka is too strong for you, let the bottle chill in the freezer first to mellow out any harsh flavors that the rice vodka may have.

What Is The Difference Between Rice Vodka And Sake?

Rice vodka and sake may both be made with rice, but they undergo different treatments.

Which Is Better, Rice Vodka Or Potato Vodka?

Whether rice vodka is better than potato vodka and vice versa depends on a person’s preferences. Both rice and potato vodkas have distinct traits that you may like or dislike.

How Many Calories Does Rice Vodka Have?

Haku Vodka, the first-ever vodka made from rice, contains 49 calories per shot, as well as 1 gram each of fat, carbohydrates, and protein.

In comparison, other types of vodkas typically have around 85-95 calories per shot but with zero fats, carbs, and proteins.

What Brand Of Vodka Is Made From Rice?

Currently, there are not a lot of vodka brands made from rice.

Haku is a Japanese craft vodka considered to be the world’s first rice vodka. Another Japanese rice vodka distributed worldwide is Kissui, which means “absolutely pure.”

On the other hand, Han Vodka is a Korean product that uses a mix of barley and rice, and Vinn is an Oregon-based craft rice vodka.

If you want to learn about what whipped vodka is, what rye vodka is, and what well vodka is, check out our other articles.

Rice vodka is a vodka made partly or purely from rice. Currently, there are only a few brands that make rice vodka, namely Haku, Kissui, Han, and Vinn vodka.

Compared to other types of vodka, rice vodka has a soft but starchier mouthfeel. Additionally, rice vodka possesses sweet notes with lingering undertones of cracked pepper.