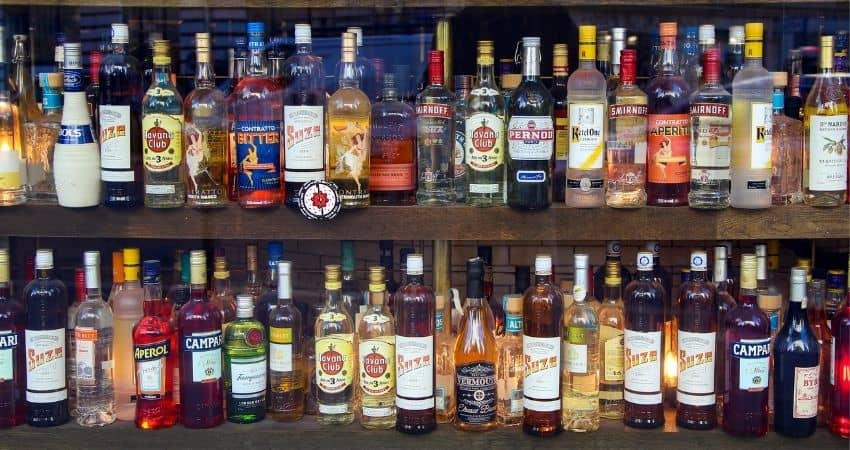 Vodka brands use a large variety of marketing techniques to get consumers to choose their product, and one of them is through the way they label their bottles.

In case you picked up a vodka bottle labeled as a rye vodka, you might be wondering just what rye vodka means. I looked into it, and here is what I discovered!

What Is Rye Vodka?

Rye vodka is a vodka that uses rye as the primary or sole base ingredient. Compared to vodkas that use other ingredients, rye tends to produce vodka with a drier and thinner body. Additionally, many distillers consider these valuable traits in vodka, which is why many brands today prefer rye over other grains.

If you want to learn more about rye vodka and what makes vodka stand out from other base ingredients, keep reading!

Is Vodka Made Out Of Rye?

Vodka can be made out of any agricultural product that contains sugar or starch. While a lot of vodka brands today are made with rye, rye is just one of the many ingredients used today.

Some of the other popular ingredients vodka distillers use are wheat, potatoes, and potatoes. Moreover, some distillers make vodka out of grapes, milk, and whey.

Does Vodka Have Rye?

Some distillers combine rye with other base ingredients like wheat, barley, and potatoes. However, the majority of vodkas today are made from only one type of ingredient.

There is no official study to confirm which base ingredient produces the best vodka. Additionally, whether rye vodka is better than other types of vodka is purely subjective.

Nonetheless, there are plenty of good reasons why rye vodka is the preferred ingredient of many distillers.

Mainly, rye is known to give vodka a spiciness and a rich cereal flavor that are absent in other ingredients. Moreover, rye vodka has a leaner body and dryer mouthfeel.

If you prefer vodka for sipping and mixing in cocktails, rye vodka is a prime candidate.

This is especially true if you want your drink to be more savory and not sweet.

Nonetheless, distillers have various ways of producing rye vodka, and the small nuances in their ingredients and manufacturing process can make a huge difference in terms of taste.

Smirnoff is made from non-GMO corn, not rye. Additionally, there is nothing to suggest that Smirnoff had ever used rye to make vodka or that Smirnoff mixes their corn with rye.

Is Grey Goose Made From Rye?

Grey Goose Vodka is made from Picardie winter wheat, not rye. While both grains are closely related, they are not interchangeable.

Is There Rye In Tito’s Vodka? 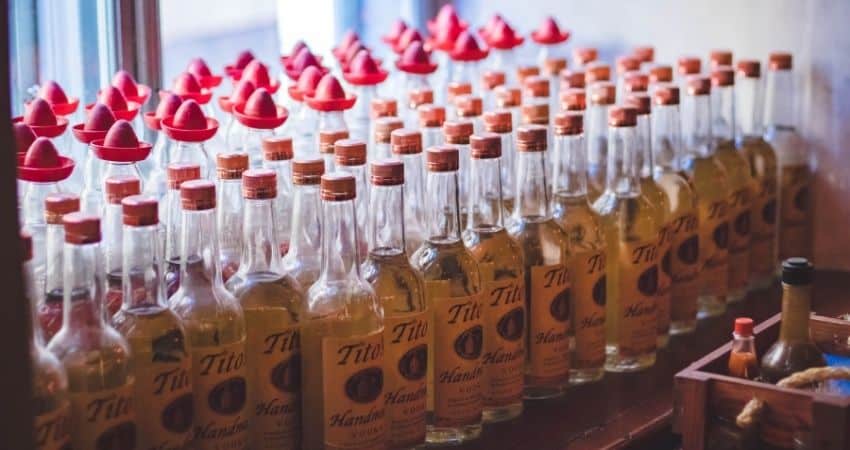 Tito’s Handmade Vodka is made from corn, and Titos does not use rye in any of their products either as a corn replacement or an enhancer.

What Brand Of Vodka Is Made From Rye?

A good portion of the vodkas in the market today are made partially or purely with rye. Here is a list of all the brands that use rye in their vodka:

Which Is Better, Rye Or Potato Vodka?

Whether rye vodka is better than potato vodka depends on the person.

Both types of vodkas generally have a neutral profile, but if you want something more nuanced in terms of notes and texture, you will prefer potato vodka.

Potato vodkas generally have a thicker and oilier texture, and potato vodka’s mouthfeel tends to be grainy. Moreover, potato vodkas have a wider variety of fruit and vegetable notes.

Nevertheless, people who prefer their vodka to be spicy and creamy with mineral notes will favor rye vodka.

Additionally, rye vodka tends to be stronger due to its peppery taste, but rye vodka does not upset the stomach the way other types of vodka sometimes do.

Which Is Better, Rye Or Wheat Vodka?

It depends on the person if they think rye vodka is better than wheat vodka. Moreover, there are no studies to prove which type of vodka is superior.

Generally, rye vodka is regarded as gluten-free. While rye may contain gluten, experts believe that the distilling process removes all gluten from the vodka.

By the time the vodka is bottled, vodka should contain no gluten, and if the vodka does have trace amounts of gluten, the small amount of gluten should not be enough to trigger an allergic reaction.

Check out our related articles to discover what whipped vodka is, what rice vodka is, and wheat wheat vodka is.

Rye vodka is one of the most common types of grain vodka in the market today with around two dozen brands in circulation worldwide.

Some of these brands make their vodka with 100% rye while others mix rye with other ingredients like potatoes, barley, and wheat.

Generally, rye vodka tastes more potent than other types of vodka because it has a predominantly spicy flavor. Nonetheless, rye vodka does not cause gut rot as other vodkas do.