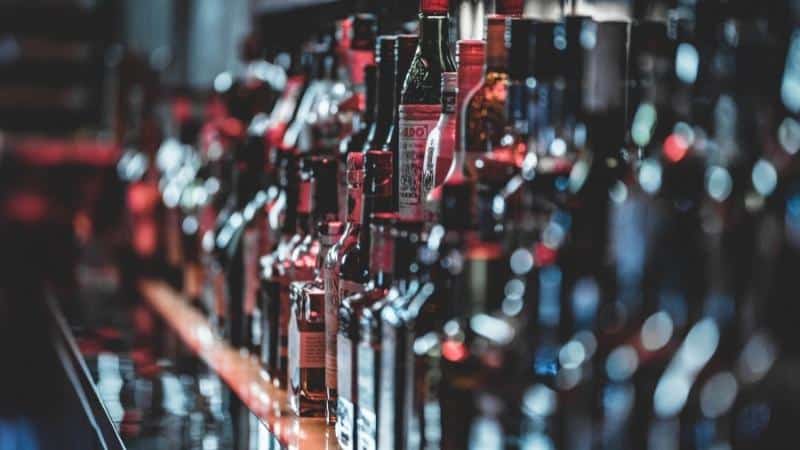 Ciroc is French vodka that was made popular by American rapper P. Diddy. While Ciroc benefits from celebrity affiliations, its quality upholds its stellar reputation.

If you’re interested in adding it to your vodka range, you’ll be interested to know what Ciroc is made from. I looked into it and here’s what I found!

What Is Ciroc Vodka Made From?

Ciroc Vodka is made from two high-quality French grapes, namely the Mauzac Blanc and the Ugni Blanc. Additionally, Ciroc uses locally sourced neutral water to dilute their vodka to bottling strength. As for Ciroc’s flavored vodkas, only natural fruit extracts are used. Ciroc does not use artificial flavoring in order to achieve richer tasting vodkas.

If you want to learn more about the ingredients of Ciroc Vodka, whether Ciroc is considered real vodka, and if Ciroc vodkas contain additives, keep on reading!

What Are The Ingredients Of Ciroc Vodka?

Ciroc Vodka is made from French grapes, specifically ugni blanc and mauzac blanc, and neutral local water. After distilling the vodka five times, it is diluted to bottling strength.

Ciroc French Vanilla is a mixture of vanilla beans sourced from places like Madagascar and infused with a neutral grape-based spirit.

Other Ciroc flavored vodkas are naturally infused with the prominent flavor indicated on the label, and unlike some brands, Ciroc does not use artificial flavoring.

While Ciroc does not use traditional vodka base ingredients like grain and potatoes, it is considered real vodka.

Based on vodka’s legal definition in the US and Europe, vodka can be made from any foodstuff containing sugar and starch. This definition does not discriminate against grapes.

Unlike wine, Ciroc doesn’t stop at the fermenting stage. Once ethanol is derived from the fermented grapes, it is distilled to a higher proof, turning it into a spirit.

Moreover, regular Ciroc Vodka has a minimum of 40% ABV, thereby meeting the standards set by the European Union and the Bureau of Alcohol, Tobacco, Firearms and Explosives.

What Grain is Ciroc Vodka Made From? 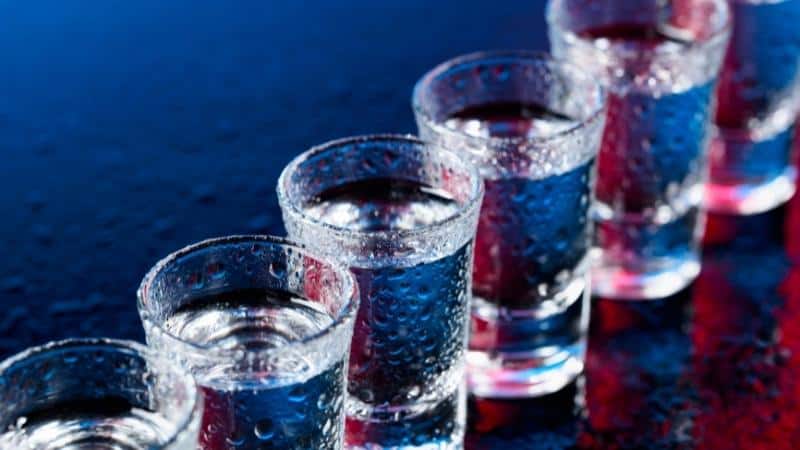 Ciroc Vodka is not made from any grain. Rather, it is made from French grapes that are traditionally used to create wine.

Is Ciroc Vodka Or Grappa?

Ciroc is classified as a vodka, not a grappa. While Ciroc Vodka and grappa have similarities, they have differences in the manufacturing process that set them apart.

With Ciroc, the French grapes are macerated until the pulp and the skin soften and their flavors mix. Meanwhile, grappa uses grape stems, stalks, and seeds.

Additionally, vodkas like Ciroc are required to have a neutral flavor profile while grappa has a rich taste that closely resembles wine.

Finally, Ciroc is made in France and authentic grappa can only be made in Italy. If a grappa is pressed outside Italian territory, it cannot be considered real grappa.

Does Ciroc Have Gelatin?

Ciroc Vodka does not contain gelatin which is an additive typically used to thicken spirits.

Ciroc Vodka is vegan-friendly because no animal products are used in creating it. However, it is not certified as vegan.

How Is Ciroc Vodka If It’s Made From Grapes?

According to the legal definition of vodka, vodka can be made from any agricultural product that contains starch or sugar.

Traditionally, wheat, rye, and potatoes were used to make vodka but in recent years, base ingredients like milk, apples, and grapes have been used by distillers.

Initially, Ciroc’s grapes are fermented and they turn into wine. Since Ciroc takes the next step and distills the wine to a higher proof before diluting it in water, it becomes vodka.

Moreover, Ciroc possesses the required traits of vodka as per the ATF and the European Union, which are a neutral flavor profile and a minimum of 80 proof.

Why Is Ciroc Not A Brandy?

Ciroc Vodka is distilled more times than brandy and it is not aged. In contrast, brandy must be aged for at least eight years before it can be bottled and sold.

Additionally, brandy has a richer flavor, while Ciroc Vodka tastes neutral save for a hint of fruity notes and subtle sweetness.

Nevertheless, the European Union is contemplating whether vodka should only be made from potatoes, grains, and sugar beets.

If the EU ever makes these base ingredients a requirement, then Ciroc may be reclassified as brandy or another spirit altogether.

What Percent Alcohol Is Ciroc?

Regular Ciroc Vodka has 40% ABV or 80 proof, while flavored Ciroc Vodka such as the Ciroc Red Berry has only 35% ABV or 70 proof.

Ciroc Vodka undergoes fermentation in order to produce ethanol from grapes. Unlike other distillers, Ciroc uses cold maceration and fermentation instead of heat.

Does Ciroc Have Sugar?

Both flavored and unflavored Ciroc Vodka contains no sugar.

Is All Ciroc Vodka Made From Grapes?

All Ciroc Vodka is made from grapes, even the flavored variety.

While grapes are the base ingredient for Ciroc, their rich flavor is eliminated during distillation, giving Ciroc a neutral flavor profile.

This neutral flavor profile allows Ciroc to be infused with natural fruit extracts without the taste conflicting with any existing grape flavors.

Ciroc Vodka is made from Mauzac Blanc and Ugni Blanc, two high-quality French grapes. After distillation, the alcohol is diluted in neutral local water to produce Ciroc.

To produce flavored Ciroc, neutral spirits made from Mauzac Blanc and Ugni Blanc are infused with natural fruit extracts.

Throughout the process of making Ciroc Vodka, no animal product is used, thereby making Ciroc vegan-friendly.

Moreover, Ciroc is officially classified as vodka in spite of being made from grapes and regardless of any similarities it may have with the manufacturing processes of grappa and brandy.