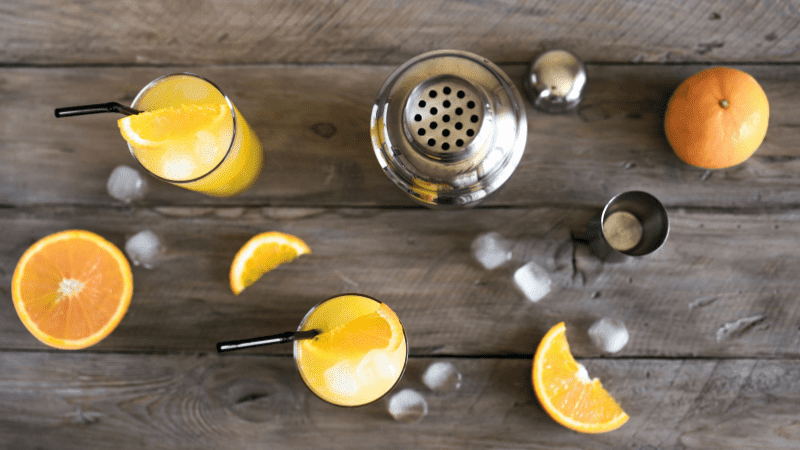 Orange juice is an excellent beverage you can enjoy just as it is at breakfast, or as a chaser to your favorite liquor in the evenings.

If you’re looking to widen your horizons, you may be wondering what other alcohol goes with orange juice. I looked into it and here’s what I found!

What Alcohol Goes With Orange Juice?

Orange juice is a versatile beverage that goes well with a number of alcoholic drinks including bourbon, gin, and vodka. Combined with different kinds of whiskey or rum, orange juice will yield varying flavors. Additionally, orange juice can be mixed with fruity alcohols like champagne and will taste vibrant, bubbly, and light.

If you want to know more about the combination of different alcohols with orange juice, including what each mix tastes like, then keep on reading!

Is Orange Juice And Whiskey Good?

Whiskey is a type of alcohol that tastes malty and yields different flavors when combined with orange juice.

There are several types of whiskey, but the most common ones mixed with OJ are bourbon, Irish, Canadian, and scotch.

Bourbon whiskey with orange juice is sweet, with touches of vanilla, brown sugar, and the tangy flavors of citrus.

On the other hand, Irish whiskey with OJ tastes light and fruity, with hints of cedar and spices.

Additionally, Canadian whiskey mixed with OJ tastes crisp with little amounts of nutmeg and cinnamon while scotch whiskeys will emphasize the flavors of orange juice and give a buttery finish.

A vodka and orange juice mixture tastes smooth and creamy with the tangy flavors of oranges in the mix. It is a foolproof combination with a name of its own: screwdriver cocktail.

It was first made by American oil workers when they mixed vodka in their orange juice and stirred the liquid using a screwdriver. This resulted in one of the most famous cocktails known for their distinct taste.

Since vodka is basically flavorless, mixing orange juice masks the bitter taste of alcohol. The drink then becomes spiked orange juice that tastes a little mellow, juicy, and a little thick.

Orange juice mixes well with any variety of rum, but it really stands out when combined with white varieties.

White rum that has matured brings out the sweetness of citrus and has a signature fruity taste.

On the other hand, when mixed with dark rum, the sour notes of orange juice are combined with caramel hints.

In addition, if you mix your orange juice with Malibu rum, you can easily pinpoint the flavors of coconut and oranges.

Can You Mix Orange Juice With Jack Daniels? 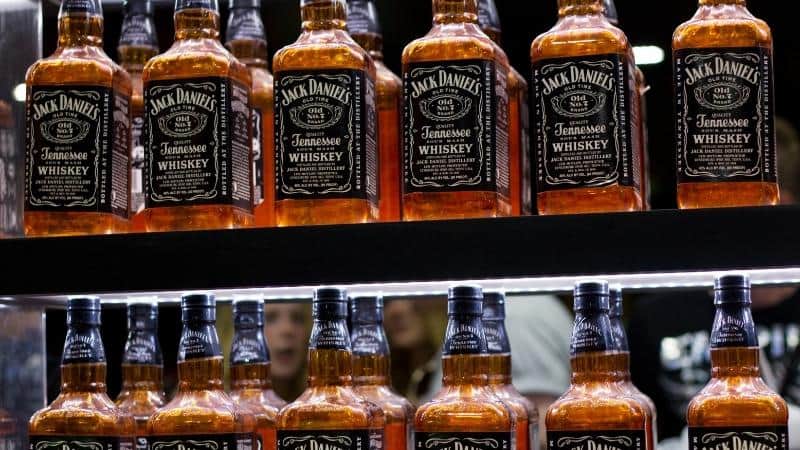 Mixing orange juice and Jack Daniels is common practice when it comes to alcoholic beverages. When you combine the two, the resulting cocktail is called a classic whiskey sour.

Some classic whiskey sour also involves a little bit of freshly-squeezed lemon for added citrus flavor. You can also add a dash of sugar if you prefer your mix with a little bit of sweetness.

Additionally, there is a mixture of Jack Daniels and Sunny D called the Wrench. It is sweet with a punch of malty taste.

What Drink Is Made From Gin And Orange Juice?

The cocktail made by bringing gin and orange juice together is called the Orange Blossom. It tastes strongly of citrus with an equally strong aroma and can be combined with sweet vermouth, grenadine, or lime juice.

You can mix gin with any type of fruit juice but orange juice on the sweeter side makes the best cocktails.

Does Jameson Go With Orange Juice?

Jameson is a type of Irish whiskey known for its buttery, spicy, and subtle nutty flavors. It goes well with orange juice and is called Irish Mimosa often made during St. Patrick’s Day.

Since Jameson is sweeter than other whiskey variations, it goes well with the citrus, tangy taste of freshly squeezed orange juice.

Is Fireball And Orange Juice Good?

Fireball whisky and orange juice is a cocktail that has a unique taste making it a popular drink.

This mix is a blend of the cinnamon taste of Fireball with the sweet, tangy taste of orange juice. You can also opt to include honey and orange peel in the mix for added flavor.

What Drink Is Orange Juice And Champagne?

The combination of orange juice and champagne is called the classic mimosa and is considered a traditional brunch beverage. It has a bubbly, light taste intermingling with the sweet-sour flavor of orange juice.

Classic mimosas can also include triple sec or Grand Marnier which has its own orange flavor. If you find it too sweet, use Cointreau instead to balance the taste.

Every alcohol goes well with blood orange juice as it has a versatile taste consisting of a deep citrus flavor with the subtlety of raspberries.

When you combine blood orange juice with alcoholic beverages, the flavors will be enhanced and there will be an extra red color in the mix.

What Drink Is Orange Juice And Tequila?

The orange juice and tequila mixture is the tequila screwdriver, known as a highball cocktail with a little kick. It tastes citrusy and earthy and is a good substitute for the original vodka-orange juice screwdriver.

In addition, there is a mixture called Tequila Sunrise that uses orange juice and tequila but includes grenadine in the formula. Since the grenadine settles in the middle, there are clear divisions of color mimicking sunrise.

Orange juice can be combined with different alcoholic beverages to create mixtures that are unique from each other.

Some famous cocktail combinations including tequila sunrise, screwdriver, and fireball whisky use orange juice as their main ingredient.

Additionally, you can combine orange juice with other fruity beverages like champagnes and sparkling wines to further enhance the touch of citrus and fruit.