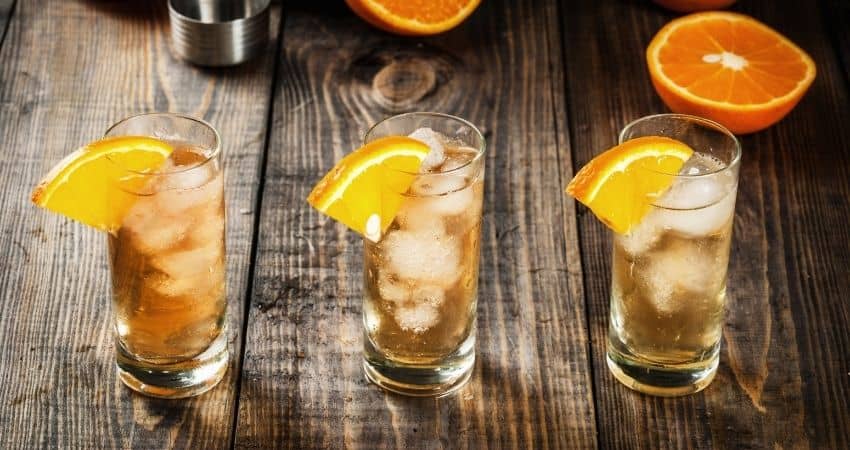 Orange juice is a loved beverage around the world, and most people enjoy orange juice for breakfast or as a refreshing drink during a hot day.

However, people have been mixing alcohol with orange juice, and a popular alcohol orange juice mix you may be curious about is vodka and orange juice. I did some research, and here is what I discovered!

For more information about vodka and orange juice, the different variations, and how to prepare one, keep reading!

Why Do They Call Vodka And Orange Juice A Screwdriver?

They call vodka and orange juice cocktail Screwdriver because of its origins since this traditional blend was created by American oil workers by using a screwdriver to mix orange juice with vodka.

A screwdriver is one of the first-ever vodka-based cocktails. Over the years, different variations emerged but the original Screwdriver remains a classic.

How Do You Create Vodka and Orange Juice Mix At Home?

It is easy to create vodka and orange juice at home even when you do not have a screwdriver on hand since you can use your regular spoon to mix your drink.

Before mixing, you should keep all your ingredients chilled. You will only need four ingredients: vodka, freshly-squeezed orange juice, ice, and orange slices.

You need to mix 1 cup vodka and 1 and a half cups of orange juice in a container. You can add more alcohol or juice depending on your preference.

Once combined, pour the liquid into a glass full of ice. Stir well and add orange wedges for extra flavor.

Can You Mix Vodka and Orange Juice To Create A Sunrise?

Mixing vodka and orange juice to create a variation of the Tequila Sunrise is possible, but you will need an additional ingredient to recreate a Sunrise with vodka instead of tequila.

This mix is called Vodka Sunrise and is quite easy to recreate, and you just need to pour vodka and orange juice into an iced glass, stir, and add grenadine syrup.

Since the grenadine syrup is heavier than the vodka and orange juice, the grenadine will sink to the bottom of the glass and create a division mimicking sunrise.

Generally, a Vodka Sunrise has a strong taste of berry and orange juice. Vodka is typically tasteless, so the vodka only emphasizes the fruity flavors.

Can You Drink Vodka and Orange Juice For Breakfast?

You can drink vodka and orange juice mixture called the Hairy Navel during breakfast, and a Hairy Navel is a fruity vodka highball.

There are no fancy steps needed, you will only need to pour vodka and peach schnapps in a highball glass filled with ice then add your orange juice and blend well.

If you want to take it a notch further, use chocolate-flavored vodka or include soda in the recipe to add additional flavors.

What Do You Call Vodka, Orange Juice, and Grenadine Mixture?

Another vodka and orange juice combination mixed with grenadine is called Sex On The Beach, which is a mix of Hairy Navel and Sunrise complete with an ombre layer.

Sex On The Beach is a little complicated, but it is worth it if you want to complete the layers. First, you need to mix orange juice, peach schnapps, and ice and shake them vigorously.

Next, pour the mixture into a highball glass filled with ice. Add the vodka and slowly pour cranberry juice for the red top layer.

Can You Mix Vodka, Orange Juice, and Heavy Milk? 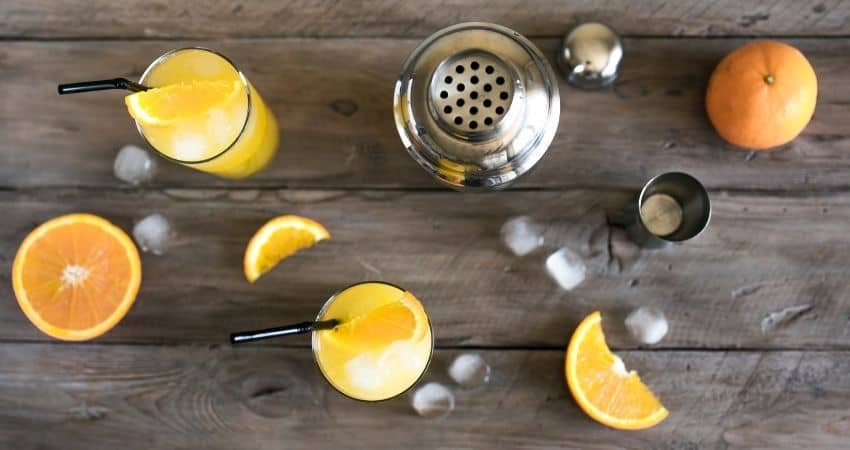 If you want a sweeter mix, you can enjoy vodka, orange juice, and heavy milk to create a cocktail called Creamsicle.

To prepare the Creamsicle, combine vodka, half-and-half, triple sec, and orange juice, shake the mixture well then add ice. For added color and flavor, you may add orange slices.

Can You Make An Orange Juice and Vodka Slushie?

Frozen Vodka Slush is a mixture of frozen OJ and vodka perfect for extremely hot weather since a frozen vodka slush tastes like frozen orange juice with more tanginess and alcoholic punch.

To make a frozen vodka slush at home, you can combine frozen concentrated orange juice and lemon juice in a bowl then pour in simple syrup, green tea, and vodka.

Keep the mixture in the freezer for a few hours to overnight. To prepare for consumption, wait for the slush to soften a little and serve in glasses.

Can You Combine Orange Juice and Vodka With Triple Sec?

Triple Sec is orange-flavored alcohol made from France, which goes well with orange and vodka, and combining the three ingredients will result in a cocktail called Orange Crush, which tastes strongly of sweet oranges.

You need to combine vodka, triple sec, lime, juice, orange juice, and sugar into a cocktail mixer. Once blended well, pour into a glass with ice then add club soda.

For this recipe, it is best to use freshly squeezed orange juice, but you can also opt for store-bought orange juice. However, just control your sugar level as the drink is sweet by itself.

Does Vodka and Orange Juice Mix With Brandy?

You can pair vodka and orange juice with other alcohol, like Brandy, and this cocktail mixture is called the Red Death and also has sloe gin, brandy, and whiskey in the mix.

It is easy to make Red Death, and you can start by pouring orange juice, pineapple juice, sloe gin, triple sec, vodka, Southern Comfort, and Blackberry brandy into a cocktail mixer filled halfway with ice then shake.

Once shaken, pour the drink into a highball glass to enjoy fruity citrus flavors with a kick of alcohol.

You can choose to add orange bitters, rosemary springs, or orange slices to add a bit more tang.

Vodka and orange juice is a classic combination most commonly known as Screwdriver, which is called a Screwdriver because a screwdriver was used to mix the drink.

Over the years, several variations of the vodka-orange juice mixture emerged, which include a Vodka Sunrise, Hairy Navel, Orange Crush, and Frozen Vodka Slush.