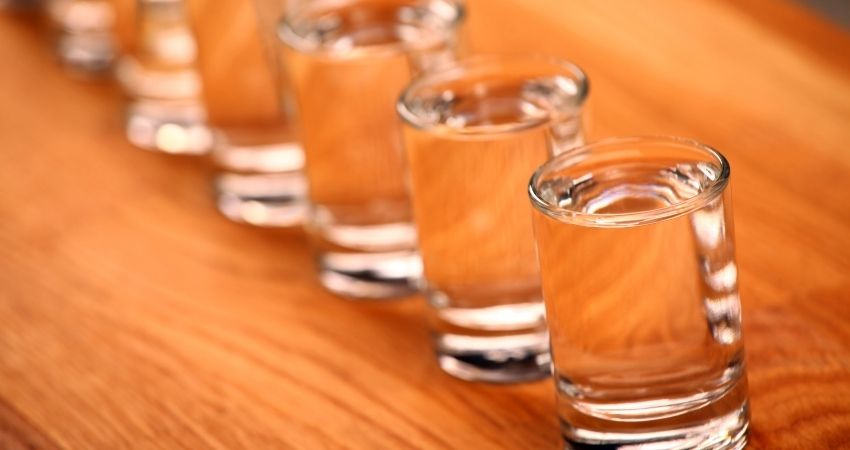 Distillers have been making vodka from all kinds of ingredients over the years, but nothing quite beats the popularity of corn for vodka.

Vodkas Made From Corn

Tito’s Handmade Vodka is one of the best-selling vodka brands in America. Sourced and manufactured in Texas, Tito’s is distilled 6 times and causes little to no hangover.

Additionally, Tito’s has a neutral taste with a sweet and creamy mouthfeel that finishes with the spiciness of black pepper.

Smirnoff Vodka is a best-selling vodka with one of the largest sales volumes globally. While Smirnoff is an American brand, Smirnoff’s roots are Russian.

As for flavor, Smirnoff tastes mildly like minerals and cracked black pepper with minty undertones. Moreover, Smirnoff smells neutral with mild hints of charcoal and pepper.

Cutler’s Vodka is a premium American brand that is distilled 7 times and filtered using charred coconut husks, ensuring that the resulting spirit is as pure as possible.

Additionally, Cutler’s Vodka has a gentle and honey-like aroma and a flavor that is sweet with a mild alcoholic burn at the end.

Stolichnaya Vodka is originally made from wheat and rye grain. However, Stoli recently released a gluten-free version made of 88% corn and 12% buckwheat.

When taken neat, you will find that Stoli has a mildly medicinal aroma and a flavor that has hints of cracked grains, charcoal. Additionally, Stoli tends to be slightly sweet.

Nikka Coffey Vodka is a Japanese brand that uses Coffey distillates to create the perfect blend of corn-and-barley-based vodka.

After combining the separately distilled corn and barley, the corn and barley are filtered in white birch charcoal to produce a vodka with zesty notes and a milky mouthfeel.

Polar Ice Vodka is an award-winning Canadian brand that distills corn 4 times and filters the corn 3 times for a clean and smooth mouthfeel.

Additionally, Polar Ice Vodka is known to be a great brand for sipping and mixing with a wide variety of cocktails.

L’Chaim Vodka is an Israeli brand that uses corn and water collected from the springs of Golan Heights. Moreover, L’Chaim is triple distilled along the coastal plains of Israel.

Furthermore, L’Chaim follows a European recipe taken by Jewish immigrants. Unsurprisingly, L’Chaim has the vanilla notes and spicy finish of most Western vodkas.

After distillation, the spirit is diluted with North Carolina well water, resulting in a clean-tasting vodka with sweet, buttery undertones. 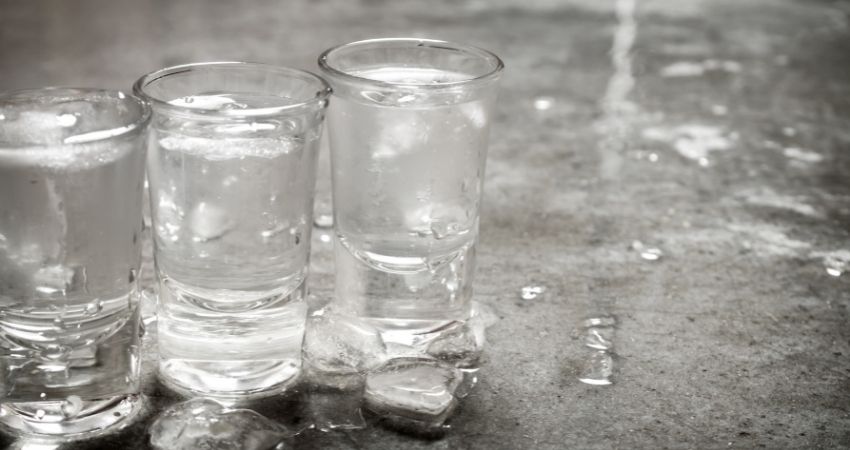 Despite being made from corn, Big Springs vodka has earthy notes that are reminiscent of rye and barley.

On the tongue, UV Vodka is mostly bitter and tends to dry the mouth. Moreover, this bitterness comes with a mild burn that lingers, making a chaser necessary with each sip.

Crystal Head Vodka is an American brand based in California that uses a corn variety called “peaches and cream,” which is a hybrid sweet corn with white and yellow kernels.

Moreover, Crystal Head is diluted with glacial water from Newfoundland and the vodka is filtered through Herkimer diamonds.

On the tongue, Crystal Head is grainy with sweet notes and peppery spice.

Dixie Vodka is an American craft spirit from South Carolina that is made from 100% corn and distilled 6 times.

Rain Vodka is an American brand that uses 100% white corn and undergoes a 20-day production technique, including cold water fermentation and 7 distillations.

Additionally, Rain Vodka is diluted with pure limestone water and filtered thoroughly to achieve a vodka with virtually no impurities.

As a result, Rain Vodka has a bittersweet but pleasant taste with grainy notes.

Vodka 14 is an American brand from Colorado that has a USDA organic certification.

Moreover, Vodka 14 uses a mixture of organic corn and rye that is later diluted with Rocky Mountain spring water collected from the Snake River Aquifer of Idaho.

Despite being made from corn and rye, Vodka 14 is surprisingly neutral with a mildly sweet note and no distinctive character.

Deep Eddy Vodka is a popular American brand made purely from corn and distilled 10 times in column stills. Additionally, Deep Eddy is charcoal filtered to further refine their vodka.

Regarding taste, Deep Eddy starts soft on the palate, but quickly dries and makes way for mild sweet notes. Afterward, the taste turns bitter and peppery with a slight burn.

Taste-wise, Smithworks is mostly neutral with sweet medicinal notes and fruity undercurrents that are reminiscent of red apples and cherries.

Iceberg Vodka is a Canadian brand made with corn and water collected from icebergs in the Canadian Arctic. As a result, Iceberg Vodka has a pleasant mouthfeel that is light and sweet.

Van Gogh is a Dutch vodka brand made from wheat, corn, and barley, and Van Gogh is column-distilled twice then a third time using a pot.

As for taste, Van Gogh has a rich mouthfeel defined by sweet acai, blackberry, and an oily texture.

Corn vodkas are produced worldwide, but the majority of them come from America. Since most of the world’s corn is produced in America, making corn vodka is the best option for distillers economically.

Moreover, corn vodkas from Israel, Canada, the Netherlands, and other countries are also notable for their distinct character and impressive quality.