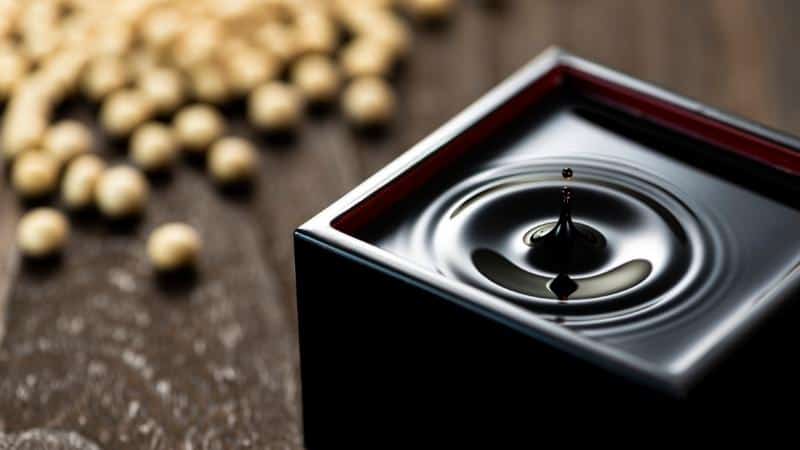 Soy sauce is popular all over the world and a staple for many but have you ever thought about the rich history behind this salty condiment?

Just as interesting as the flavors that soy sauce adds to a dish are the following facts you should know!

While the exact date is not known, many people agree that soy sauce was created 2,200 years ago in ancient China during the Western Han Dynasty.

Soy sauce went through a lot of phases before it had a standard recipe so its origins may date even further back.

2. It Was Used To Stretch Salt

Soy sauce was originally created as a way to stretch salt which was quite expensive. This creation allowed people to get the most use out of their salt.

Initially, fermented fish and salt were first used in ancient China during the Zhou Dynasty. The former was then replaced with soybeans in the Han Dynasty to create the soy sauce we know today.

3. Popular Worldwide For Many Years

This salty condiment made its way out of Asia when exportation started in 1647. Thanks to the Dutch East India Company, soy sauce reached countries all around the world.

Soy sauce is very popular and millions of bottles are constantly being sold around the world.

While there is no exact number for how many bottles of soy sauce are sold in a day, Kikkoman Corporation alone creates 400 million bottles per annum.

Soy sauce is not limited to being salty and dark because there are dozens of variants of soy sauce with different colors and flavor profiles.

For instance, there is light soy sauce that has a golden brown color with a very salty taste. There is also tamari, which is a mellow-tasting soy sauce that is gluten-free.

There are two ways to create soy sauce, the main one being the traditional method of brewing soybeans with other ingredients.

The non-brewed method is a chemical way of creating soy sauce without fermentation. The result is a halal-friendly soy sauce. 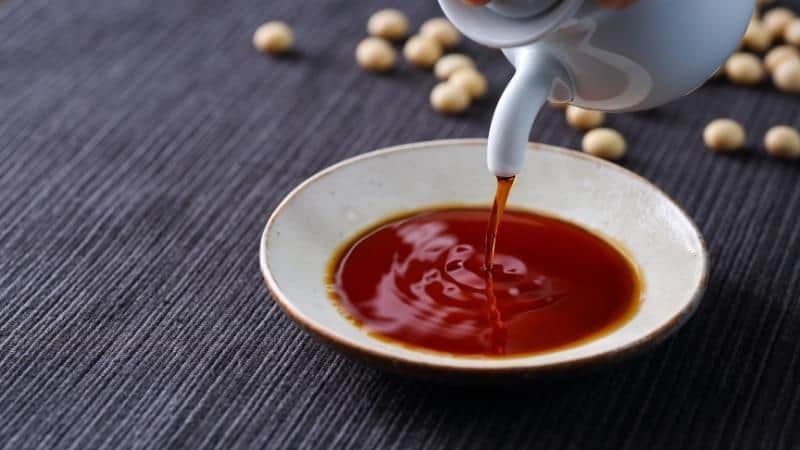 Surprisingly, soy sauce is packed full of antioxidants, having about 10 times more antioxidants than red wine. However, you cannot drink soy sauce the way you would drink red wine.

8. The Reason Behind The Color

Most soy sauces are a dark, almost black color because of the Maillard Reaction that takes place during the brewing process.

9. It Lasts For Years

Soy sauce can last indefinitely when unopened and can last for 2-3 years in the fridge after being unsealed.

This is because the high salt content of soy sauce prevents bacteria from growing in the liquid and keeps it from spoiling quickly.

Traditionally brewing soy sauce can take at least six months because it needs time to properly ferment and get pressed.

However, certain types of soy sauce can take up to two years to create, similar to how long it would take to make wine.

While soy sauce is known for being salty, one of the main flavors of soy sauce is umami, which is the “savory” fifth taste people know.

Umami is a flavor typically found in meaty or fishy foods but soy sauce has a natural umami taste without any meat.

Aspergillus is a fungus that creates a mold called koji, a crucial ingredient in the fermentation process of soy sauce because it gives it its distinct flavor.

Moreover, this fungus is popularly used in Japanese fermentation to create other foods such as sake, vinegar, bean curd seasoning, miso paste, and more.

Soy sauce contains alcohol, typically around 1.5 to 4% of alcohol by volume depending on the brand.

However, the alcohol in soy sauce is naturally created from the fermentation process as the sugars turn into alcohol, similar to wine.

It is very rare for manufacturers to add alcohol to their soy sauce but it may be present in soy sauce alternatives and non-brewed soy sauce.

Moreover, you cannot get inebriated by soy sauce since it contains very little alcohol and is consumed in very small amounts.

One of the main flavors of soy sauce is saltiness as soy sauce contains a lot of salt, having around 1000 milligrams of sodium in one tablespoon.

Moreover, salt acts as a preservative to help extend the shelf life of soy sauce and is a necessary ingredient in creating it.

Soy sauce gets its name because the main ingredient is soybeans. You can create soy sauce without wheat but you can’t make it without soybeans.

There are substitutes such as coconut aminos that you can get if you need soy-free soy sauce, but these are not authentic soy sauce.

If you want to learn more about soy sauce, you can see our related posts on the types of soy sauce, soy sauce brands, and soy sauce substitutes.

Soy sauce is a very versatile condiment that can work in many recipes to enhance the flavor, color, and texture. But more than that, it has been around for thousands of years and has an interesting backstory.