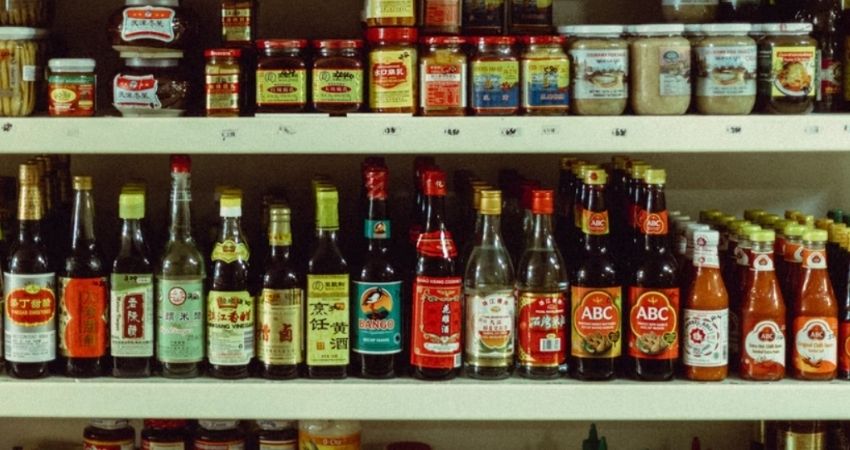 Many recipes call for soy sauce because soy sauce is a fantastic condiment that works as a seasoning, coloring, and dip for many foods.

However, you may be wondering what soy sauce brand is the most loved since there are so many available. I did the research, and here are the top 25 soy sauce brands!

Kikkoman is one of the most popular soy sauce brands in the world, and Kikkoman is the first brand many people remember when they think of soy sauce.

Kikkoman is a soy sauce brand from Japan, and they have many varieties of soy sauce available, such as gluten-free soy sauce, low sodium soy sauce, and much more.

Generally, Kikkoman’s signature soy sauce is their Naturally Brewed Soy Sauce, which has a dark reddish-brown color with a complex mix of flavors, which include salty, savory, and sour.

Additionally, Kikkoman is excellent for many types of Japanese cooking, whether it be for a marinade or a dip. 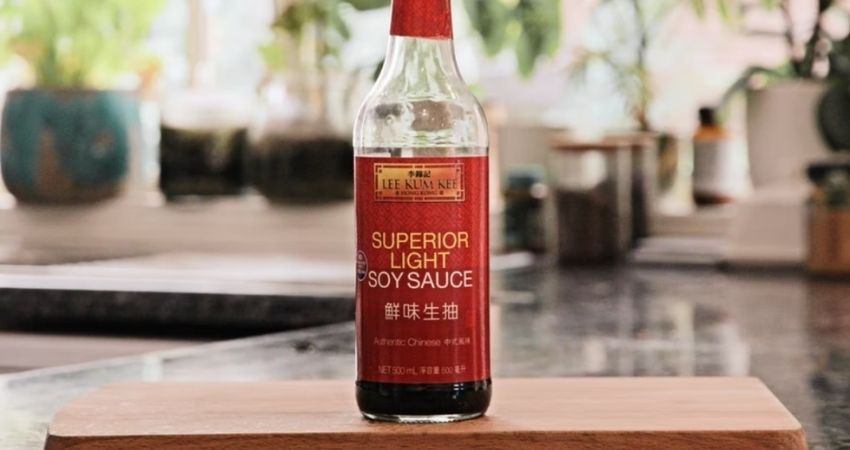 Lee Kum Kee is a well-known soy sauce brand from China, and Lee Kum Kee is renowned throughout China and used by many households.

Lee Kum Kee has many types of soy sauce to offer you options in the kitchen, such as seasoned soy sauce, light soy sauce, mushroom soy sauce, and more.

Pearl River Bridge is another Chinese soy sauce brand that is popular all around the world, and for good reason.

One of the best soy sauces that you can get from Pearl River Bridge is their mushroom soy sauce, which is a kind of dark soy sauce.

For people who want an authentic and premium option, then you can opt for an artisanal soy sauce like Kishibori Shoyu.

Kishibori Shoyu comes from the company Takesan Company, which is considered one of the most premium and best soy sauces in Japan.

If you want a pure Japanese soy sauce, then you can opt for Yamaroku since Yamaroku soy sauce’s ingredients are only water, wheat, salt, and soybeans.

Yamaroku has a soy sauce that has been aged for 4 years, creating deep and distinct flavors that will surely stand out in any dish.

Coconut Secret is a popular brand that offers raw coconut aminos that can be used as a dip, seasoning, and more.

Moreover, there are noticeable sweet notes to this soy sauce, but Coconut Secret is a great brand for an alternative to soy sauce.

One of the best Chinese soy sauces that you can get is from the brand Haitian, especially if you are trying out Cantonese cooking.

Many Chinese soy sauces like Haitian are very dark, rich, and briny, so Haitian soy sauce is an excellent brand to opt for when making a Chinese recipe.

Yamasa soy sauce is another excellent Japanese brand if you want to get soy sauce for Japanese cooking.

Yamasa is excellent for cooking because Yamasa soy sauce is neither too salty nor sweet, and has a strong smell to add a pleasant aroma to your dish.

Despite Yamasa not being too sweet or salty, Yamasa still has a very strong flavor, which is why Yamasa is excellent for cooking with food instead of pouring Yamasa soy sauce on cooked food or as a dip.

Generally, Sempio soy sauce can add a savory and rich flavor to your foods, especially if you are cooking Korean dishes.

Moreover, most Korean cooks use Sempio soy sauce as an all-around soy sauce to make dips, marinades, savory soups, and much more.

Healthy Boy is a soy sauce brand from Thailand, and the most popular soy sauce Healthy Boy has is their Thin Soy Sauce.

While Thai cuisine typically calls for fish sauce for saltiness, many recipes will still call for soy sauce since Thai dishes focus on balancing many flavors.

Despite being called a thin or light soy sauce, Healthy Boy soy sauce packs a lot of flavors that can easily enhance your dishes, and is a very versatile choice for Thai cooking.

Nam Duong is the most popular soy sauce brand in Vietnam because Nam Duong is a high-quality product.

Savory is not a dominant flavor in Vietnamese cuisine, but many people will use Nam Duong soy sauce brand in their marinades and dips.

Typically, Nam Duong soy sauce has a rich taste with a bit of sweetness, making it an excellent option for marinades and cooking hot dishes.

However, you may use this as a dip if you wish, but Nam Duong soy sauce may easily overpower your food if you are not careful.

Filipino cuisine is often savory and salty, which is why Datu Puti’s soy sauce is an excellent choice for Filipino dishes.

ABC is a soy sauce brand that hails from Indonesia, and ABC’s most popular soy sauce is their sweet soy sauce, commonly called kecap manis in Indonesia.

Kecap manis is a sweet soy sauce that is noticeably sweet with salty and savory notes, and kecap manis has a much thicker consistency than regular soy sauce.

Typically, kecap manis is used to balance out other flavors in food, such as the sour flavors of pickled veggies.

Yuan’s is a premium soy sauce brand that comes from Hong Kong, and Yuan’s is an artisanal soy sauce that uses sustainable practices to create an MSG-free and non-GMO soy sauce.

Normally, Yuan’s soy sauce features a pure and deep umami flavor because it has a natural fermentation process that creates high-quality amino acids.

San-J is a brand that is popular for its tamari soy sauce, and San-J was the first Tamari brewing company that was created in the United States.

Despite being created in America, San-J is still a popular brand in many Asian countries including Japan.

San-J’s tamari soy sauce is a good choice for people with gluten sensitivities because San-J soy sauce contains little to no gluten.

However, you may want to avoid San-J soy sauce if you are severely allergic to gluten because there could be trace amounts of gluten in their tamari soy sauce.

If you are looking for an organic soy sauce, then the Gold Mine Natural Food Co Nama Shoyu is an excellent option to try out.

Gold Mine Natural Food Co Nama Shoyu is an unpasteurized soy sauce that features a rich flavor that still has a salty taste while still being naturally low in salt.

What makes their Nama Shoyu more unique is their double-brewing process, which means the soy sauce gets aged for two summer seasons in cedarwood kegs.

Another fantastic option for Chinese soy sauces is Koon Chun, and Koon Chun has a variety of soy sauces for you to use.

Additionally, Koon Chun’s dark soy sauce is an excellent choice for Chinese cooking, especially if you want to add a lot of color to your recipe.

Best of Thailand is a great brand that does not contain any MSG while being safe for vegan and kosher diets.

Normally, Kimlan soy sauce has a neutral and balanced flavor, making Kimlan a good option for most Chinese recipes as an all-purpose soy sauce.

For instance, Kimlan soy sauce does not have an overly salty or sweet flavor so it can be an excellent addition to a stir-fry.

Moreover, Kimlan creates a variety of soy sauces like thicker and aged soy sauces for distinct flavors or a lighter and standard soy sauce for all-around cooking.

Another popular soy sauce brand from Japan is Higashimaru, and Higashimaru has many kinds of soy sauces that you can utilize in your kitchen.

For instance, Higashimaru has a light, thin soy sauce, making Higashimaru soy sauce an excellent option to season dishes without overpowering the flavor.

Another example is Higashimaru Premium Usukuchi Soy Sauce, which features a rich yet mild flavor that enhances a dish’s original flavors while adding some notes of umami.

If you want a soy sauce that offers a unique flavor, then you can opt for Bluegrass Soy Sauce.

Wholly Ganjang is a Korean soy sauce brand that is similar to tamari soy sauce because the only ingredients are soybeans, salt, and water.

365 is a popular brand from Whole Foods Market, and 365 has an organic soy sauce made from raw materials, creating a high-quality soy sauce.

Marukin is one of the most popular soy sauce brands in Japan because Marukin creates high-quality and delicious soy sauce.

Soy sauce is a very popular ingredient, which means that there are tons of soy sauce brands in the market.

If you are not sure which soy sauce to get, you can choose any soy sauce from the list above!