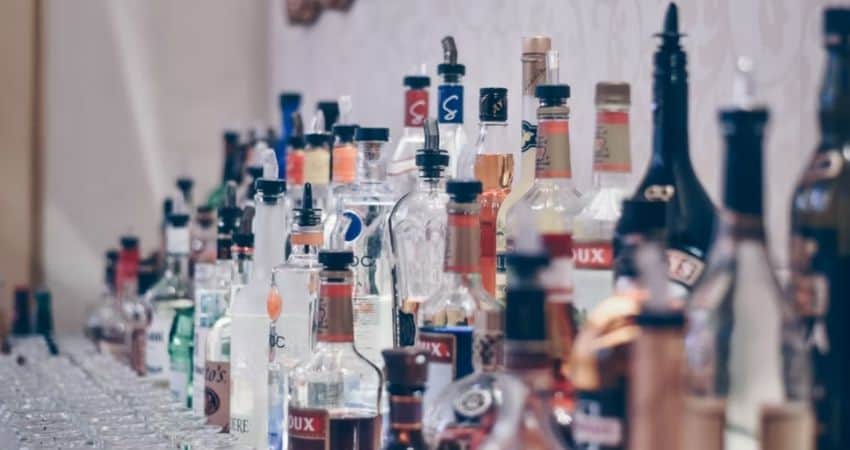 When looking for the perfect vodka to satisfy the palate, one of the main traits people look for is smoothness.

However, smoothness can have different meanings, some of which refer to the vodka’s degree of neutrality, mildness or total absence of aftertaste, or refreshing quality.

Regardless of your definition of vodka fits just one of those descriptions or all of them, you will surely find a brand you will like in this complete list of the smoothest vodka brands.

Reyka Vodka’s smoothness is mainly due to Reyka Vodka’s ingredients, namely barley, wheat, and arctic spring water from Grabok Spring, which has been verified to contain zero impurities.

Additionally, Reyka Vodka is handcrafted, giving it the human touch and attention to detail that purely automated distilleries often lack.

Moreover, Reyka Vodka’s distilling process is so meticulous and unique that each batch produces only 255 cases.

Since Reyka Vodka uses a copper still called the Carter-Head, Reyka Vodka can retain their vodka’s high level of cleanliness and reduce the distillation to only one round.

Finally, Reyka Vodka is filtered through lava rock and bottled at 80 proof, resulting in a taste that is silky with notes of lemon, pepper, lavender, and rose.

On the tongue, Infuse Spirits Vodka is mildly sweet with almond and charcoal notes and a crisp texture.

After diluting to 40% ABV, Wyborowa Vodka is filtered using natural cellulose plates and mesh filters before getting bottled at 40% ABV.

As a result, Wyborowa Vodka has a velvety texture and a flavor that is clean and neutral, accentuated by a subtle sweetness and some bitter almond notes.

By taking advantage of the unique terroir in the Råbelöf  Estate, Absolut Elyx achieves a cleaner and sharper taste with pleasant grainy notes.

Additionally, Boyd & Blair Potato Vodka has fruity and mineral notes that end with a vanilla taste and a mild alcohol burn.

Boyd & Blair Potato Vodka made this possible by distilling their vodka three times, filtering the vodka through charcoal, and tasting the vodka twenty times to ensure its excellence.

In case you want something smoother from Boyd & Blair, Boyd & Blair also has a 151 proof format that you can use to create cocktails and delicious-tasting liqueurs. 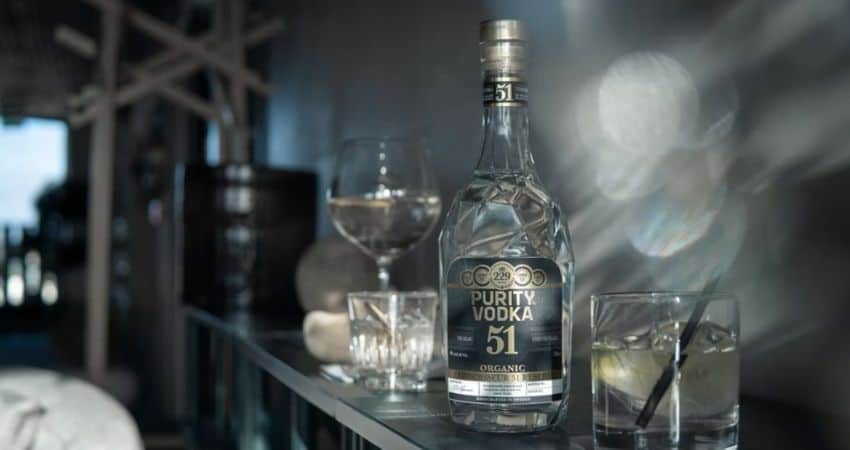 Purity Vodka is a Swedish brand made from organic winter wheat and barley. Additionally, Purity Vodka is handcrafted in small batches and distilled using a 600-liter copper pot still.

Unlike other brands, Purity Vodka takes the long and tedious route of creating their vodka by warming their ingredients and collecting the resulting vapor.

Afterward, the manufacturer refines the spirit until Purity Vodka tastes clean and clear and produces only a mild aftertaste.

This makes Purity Vodka a big hit for vodka drinkers who want the buzz that comes with drinking vodka minus any unpleasant alcoholic taste lingering on their tongues.

Moreover, Elit Vodka has a clean taste and a finish that has undertones of cracked black pepper, making  Elit Vodka both an excellent sipper and base spirit for cocktails.

To produce their vodka, Elit uses a combination of high-quality rye, wheat, and water and processes them through a traditional Russian distilling technique.

One of those is called “freeze filtration,” which further eliminates the impurities in Elit vodka, resulting in a product that is purer than most brands.

After undergoing distillation four times, Belvedere Vodka is diluted with purified water from an artesian well. Next, Belvedere is filtered and bottled at 80 proof.

If you want to enjoy cleaner and smoother versions of the classic Belvedere Vodka, you can also get the 100 proof format or the unfiltered format.

Ketel One Vodka is a Dutch brand made from 100% winter wheat and is triple distilled through a combination of copper pot stills and column stills.

Additionally, Ketel One is filtered over loose charcoal and rested in tile-lined tanks for a brief period before being bottled.

As for its taste, Ketel One Vodka has a smooth and soft texture with hints of grains and pepper. Moreover, the peppery taste lingers before concluding with a dry finish.

Furthermore, Ketel One Vodka released a 325th Anniversary Edition in 2015 that is still available in some online stores.

Apart from coming in an elegant-looking bottle, Ketel One’s commemorative edition has received praise for Ketel One Vodka’s refined flavor.

Given Skyy Vodka’s affordable price tag, you would not expect the degree of smoothness that it delivers.

Moreover, Skyy Vodka is considered one of the most inexpensive high-quality vodkas in the market because of the value you get for Skyy Vodka’s price.

Alongside Skyy’s smooth and creamy palate are notes of coriander, aniseed, and pepper. Keen drinkers will also observe the tastes of powdered sugar and peppercorns.

JCB Vodka is a premium French brand that is distilled from Chardonnay and Pinot Noir grapes harvested from Côte-d’Or in the Burgundy region.

Unlike other grape-based vodkas, JCB ferments their grapes and ages the resulting wine in oak barrels for six months before distilling them a total of seven times.

As a result of this meticulous process, JCB Vodka has a clean taste with a combination of fruit, charcoal, and cinnamon undertones.

Charbay Vodka is an American brand that is produced in California from Midwest grains, specifically corn and rye.

Furthermore, Charbay Vodka is distilled once in a 4-column still to produce a well-rounded vodka that is smooth from beginning to end.

Unlike other brands, Charbay Vodka is not filtered at all because Charbay Vodka believes that their vodkas are good enough without the help of diamond and charcoal filters.

Another outstanding product from Charbay that is known for being flavorful and smooth is their Charbay Blood Orange Vodka.

Made from real organic blood oranges, Charbay Blood Orange Vodka has a clean and predominantly sweet taste that is reminiscent of mandarin oranges.

While there is no standard measure for how smooth vodka is, everyone agrees that a smooth vodka must be easy on the tongue and ideal for taking neat.

These brands have proven to numerous vodka lovers over the years that they are not only some of the smoothest vodkas in the market but also the highest quality ones.