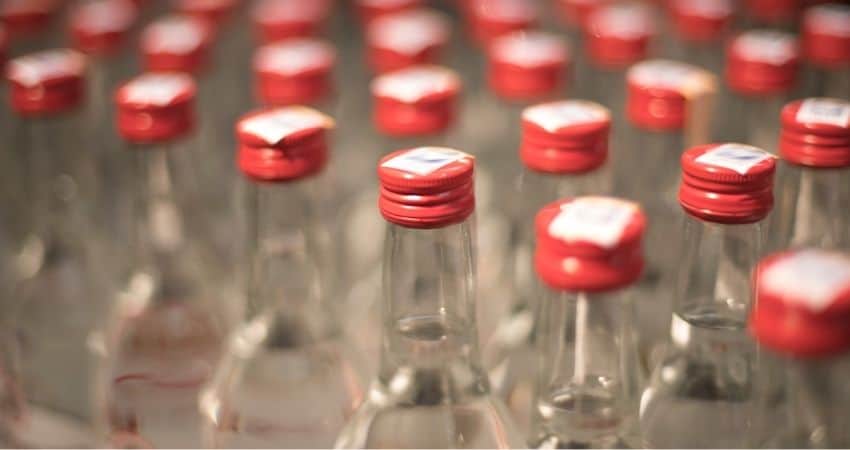 While vodka is popularly known to be originally Russian, there is evidence that points to the Poles making vodka first. Hence, if you want authentic vodka, Polish vodka is a must-try.

Wyborowa vodka is a certified Polish vodka by the Polish Vodka Association. While Wyborowa vodka is made from 100% rye, Wyborowa is considered gluten-free due to the thorough distillation process. Furthermore, Wyborowa is also recognized as non-GMO and Kosher. Additionally, Wyborowa Vodka is owned by Pernod Ricard, the same beverage company that produces Absolut and Luksusowa vodka.

If you want to know more about Wyborowa Vodka’s origins and how Wyborowa Vodka compares to brands like Absolut and Smirnoff, keep reading!

What Is Wyborowa Vodka Made From?

Wyborowa vodka is made from 100% Polish rye and local well water. Consequently, Wyborowa vodka bears the Polish Vodka Association’s official stamp because it fully qualifies to be a Polish vodka.

However, Wyborowa vodka does not disclose the specific origin of their rye and well water.

Nevertheless, since the Wyborowa distillery is located in Western Poland, it is safe to assume that both the rye and the water are sourced there.

Additionally, when the Swiss TV RTS mandated analysis of Wyborowa vodka, traces of sugar cane or corn was found.

How Many Calories Does Wyborowa Vodka Have?

A standard 1.5-ounce shot of Wyborowa vodka has 97 calories with zero carbohydrates, proteins, or fats.

Wyborowa vodka may be made with rye, but it is gluten-free. During the distilling process, all the gluten in the rye is eliminated, making tWyborowa vodka safe for celiac sufferers to drink.

How Do You Drink Wyborowa?

If you want to use Wyborowa vodka for cocktails, you have a wide variety of options including Moscow Mule, Bay Breeze, Screwdriver, and White Russian.

Since Wyborowa contains the natural spiciness of rum mixed with notes of wholemeal bread and Brazil nut, you will either want to mask this rich flavor or dilute them with a club soda.

Where Is Wyborowa Vodka Made?

Wyborowa Vodka is made in the Wyborowa distillery in Western Poland.

There, around 30 privately-owned agricultural distilleries produce the raw spirit that the Wyborowa distillery rectifies and turns into vodka.

Since Wyborowa is a certified Polish Vodka, every step of the vodka manufacturing process is guaranteed to be done in Poland.

Wyborowa Vodka was originally owned by the Poznań distillery, but during the economic transition in the early 1980s, Wyborowa vodka was bought by Pernod Ricard to save it from bankruptcy.

Pernod Ricard is a French beverage company that owns numerous liquor brands. Some of them are popular vodka brands like Absolut, Fris, Luksusowa, Siwucha, and FUEL.

What Is The ABV Of Wyborowa Vodka? 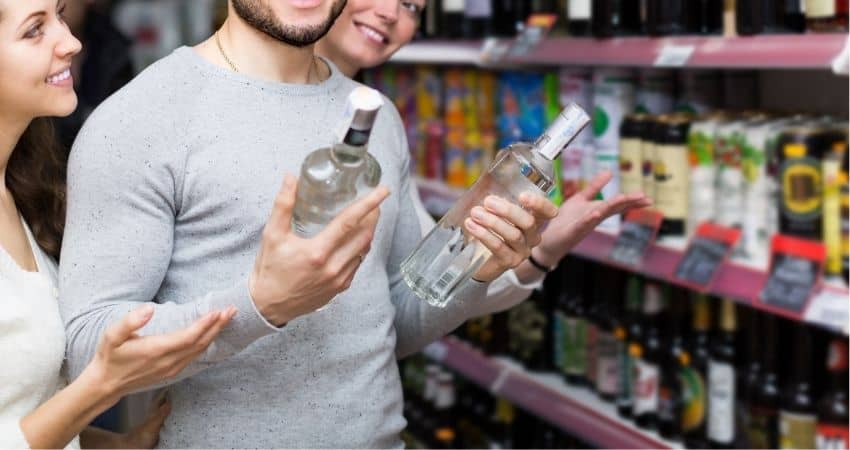 Both Wyborowa and Grey Goose are considered high-quality vodkas made from the finest grains, but whether one is better than the other depends on the person drinking.

Quality-wise, Grey Goose and Wyborowa vodka use top-grade ingredients and strict manufacturing processes to maintain the excellence of their products.

However, since Wyborowa and Grey Goose use different types of grains, they naturally have different textures and notes.

On the tongue, Grey Goose is lighter and almost tasteless, but keen drinkers will notice sweet notes and a crisp finish.  Some people observe a subtle burn, while others do not.

If you prefer a more neutral-tasting spirit, Grey Goose will be your preferred vodka. However, if you want something with a richer flavor, you will like Wyborowa Vodka better.

Is Wyborowa Vodka Better Than Absolut?

Whether Wyborowa is better than Absolut is subjective. In terms of competitions judging Absolut and Wyborowa’s taste, both have received numerous awards and accolades.

Regarding sales, Absolut proves to be the better vodka not just in America, but worldwide. In comparison, Wyborowa’s global sales volume does not come close to Absolut’s.

When it comes to taste, Absolut vodka has a thicker body and the distinct traits of grain. Additionally, Absolut contains sweet notes with hints of dried fruit.

In contrast, Wybrowa has a more delicate and grainy texture followed by hints of Brazil nuts and a crisp finish.

Ultimately, whichever is superior depends on the type of vodka you prefer and whether you want to drink the vodka neat or in a cocktail.

Is Wyborowa Vodka Better Than Smirnoff?

There has been no official blind test or study to confirm whether Wyborowa is better than Smirnoff and vice versa. Additionally, whichever is better depends on a person’s preference.

In terms of sales and popularity, Smirnoff is better than Wyborowa. Quality-wise, however, Wyborowa has more credibility since it’s a certified Polish vodka.

As for taste, Smirnoff has more nuance compared to Wyborowa.

While Wyborowa is delicate and nutty, Smirnoff is light, dry, and peppery with hints of cereal, milk, and rye toast.

Moreover, Smirnoff’s use of corn as its base ingredient naturally makes it sweeter than Wyborowa.

If you want to learn what Red Bull and vodka is, what Everclear is, and Effen vodka owner, read our related articles.

Wyborowa vodka is a Polish brand made from rye. When its original owner was at risk of filing for bankruptcy, Pernod Ricard saw Wyborowa’s potential and bought Wyborowa vodka.

While Wyborowa vodka isn’t at par with brands like Smirnoff, Absolut, and Grey Goose in terms of sales and marketing, Wyborowa vodka tastes good enough to have a loyal following.