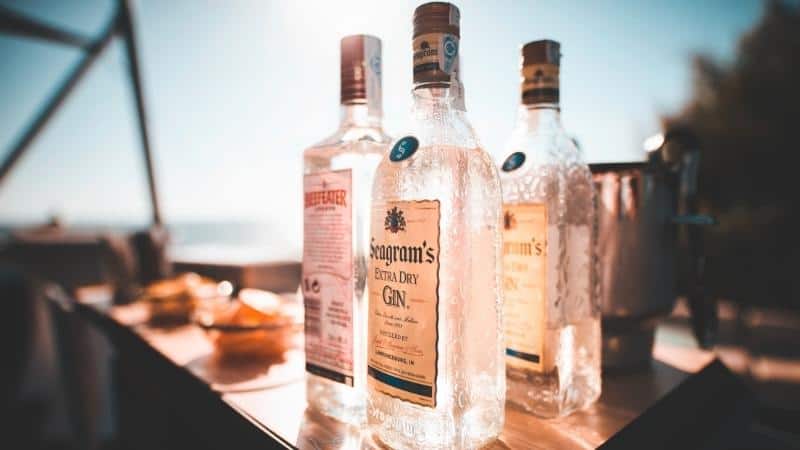 Distilled spirits are produced the same way, but they yield different products. Vodka, being the spirit with the simplest ingredients, is the one most often likened to other spirits.

It’s not surprising then that you’re comparing vodka to gin. In fact, they are so similar that you might be wondering if vodka is actually gin. I researched this topic and here’s what I discovered!

Contents show
1 Is Vodka Gin?
1.1 Are Gin And Vodka The Same Thing?
1.2 What Is The Difference Between Gin And Vodka?
1.3 Is Gin Vodka Based?
1.4 Is Gin Just Flavored Vodka?
1.5 Conclusion

Vodka and gin are two different spirits in spite of their many similarities. While vodka and gin must have a minimum of 40% alcohol by volume, vodka has a neutral taste while gin is rich in botanical flavors and aromas. Moreover, some people consider gin a flavored vodka because it’s possible to make gin by steeping botanicals in vodka.

If you want to find out more about the similarities and differences between vodka and gin, which one is stronger, and whether it’s true that gin is just flavored vodka, keep on reading!

Are Gin And Vodka The Same Thing?

While vodka and gin share several traits, they have distinct characteristics that make them two vastly different spirits.

According to the Bureau of Alcohol, Firearms, and Explosives, both vodka and gin must have a minimum of 40% alcohol by volume (ABV) or 80 proof.

Likewise, the European Union’s required minimum ABV for both vodka and gin is 37.5% or at least 80 proof.

However, vodka is required to be tasteless and odorless, while gin must have the taste and characteristics of juniper berries.

To understand where their most striking similarities come from, you have to know how vodka and gin are made.

Vodka can be produced from any food that contains sugar or starch, but the most common base ingredients used by distillers today are wheat, rye, corn, potatoes, and grapes.

After sourcing their base ingredient, distillers ferment them to create alcohol. Purifying the alcohol produced requires several rounds of distillation. Afterward, it’s mixed with water.

On the other hand, gin has more ingredients and requires a longer process of fermentation and distillation.

Like vodka, it’s usually made from grain like wheat and barley to create a neutral spirit that will serve as the gin’s base.

Coming up with this neutral spirit is the first step to creating gin. Once this spirit has been purified enough through distillation, it will be distilled again with juniper berries and herbs.

Afterward, the gin is diluted with water until the taste is right, bottled, and prepared to be sold. Just like vodka, gin doesn’t require any aging.

Interestingly, people think that gin and vodka are the same because it’s possible to use vodka to infuse juniper berries and herbs and create a delicious gin.

In fact, people resorted to this in the 1920s during the prohibition era in the United States. They found a way around the 18th Amendment by steeping juniper berries in denatured alcohol in actual bathtubs for days at a time.

Today, people make homemade gin by steeping botanicals and aromatics in vodka to much success. This is also the reason why many people insist that gin is just flavored vodka.

Nevertheless, their legal definitions alone are enough to differentiate vodka and gin, making them two distinct spirits that have their own flavor profiles and mouthfeels.

What Is The Difference Between Gin And Vodka? 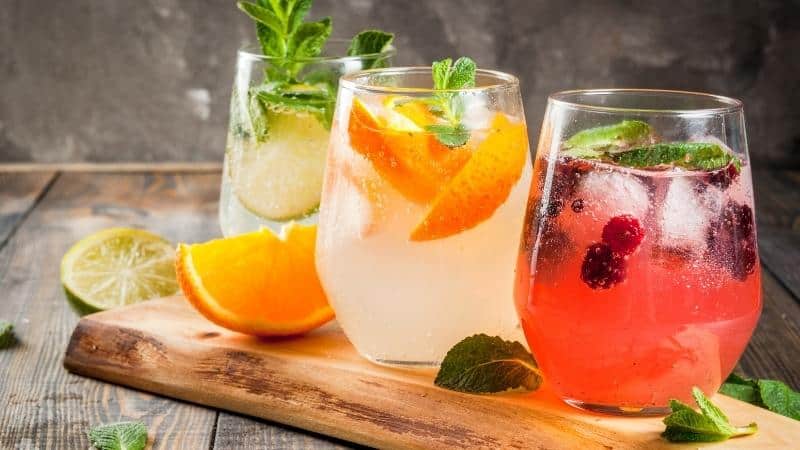 To produce gin, distillers must ferment and distill grain to create a neutral spirit, and then distill that with botanicals to generate flavor.

In contrast, vodka’s base ingredients can be anything from grain to apples. After fermenting them, the vodka is distilled enough times to purify the alcohol, and then it’s diluted in water.

Regarding time, effort, and ingredients, gin is more costly and time-consuming to create, while vodka is much simpler and straightforward.

More importantly, gin has more flavor than vodka, and you can sip the gin to enjoy its flavor, whereas vodka is more often slammed to prevent tasting it.

However, if you chill vodka, you can sip it neat without any problem. It’s just that gin is more palatable to a lot of people because the flavor makes up for the high alcohol content.

Is Gin Vodka Based?

Most distillers create vodka and use that as the base for their gin. Compared to other spirits, vodka has the least flavor and thus enables the juniper berries and herbs to stand out.

On the other hand, some distillers use spirits like whiskey as the base for their gin, and the resulting product has a fuller and heavier flavor due to the malt in whiskey.

Whether gin is just flavored vodka depends on who you’re asking.

As for people who make homemade gin, they may say that gin is flavored vodka, but for distillers and gin connoisseurs, this cannot be farther from the truth.

After all, gin has a rich history that goes back to the 13th century. Contrary to popular belief, it wasn’t made by accident during the prohibition era in America.

Gin was first used as a medicinal spirit and was originally wine-based. In the Thirty Years’ War between Britain and Holland, gin was given to the soldiers and called the “Dutch Courage.”

British soldiers brought gin back to the UK and after 150 years, the “London Gin” was created.

If you want to learn more about vodka, you can see our related posts on whether vodka is a spirit, if vodka is a wine, and why vodka is so popular in Russia.

Vodka and gin are two different spirits that share many similarities.

Based on their legal definition, they are supposed to have a minimum ABV of 40%, but vodka must be tasteless and odorless, while gin must share the traits of juniper berries.

Additionally, it’s possible to make gin from vodka, but not the other way around.