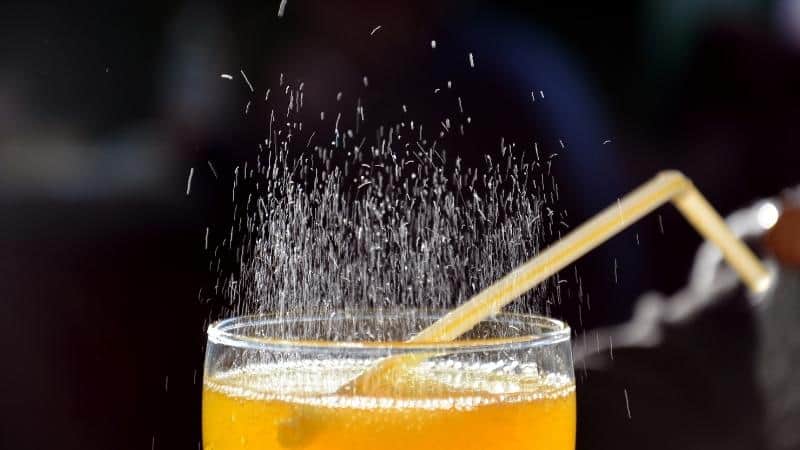 Soda is a refreshing beverage you enjoy. Its bubbles and fizz give a pleasant feeling going down your throat. You want to know whether fruit juices have the same of that as you look for healthier alternatives.

You eye a certain fresh citrus drink in particular but before you give it a try, you have a question that needs answering. Is orange juice carbonated too? Here’s what I found out!

Is Orange Juice Supposed To Be Carbonated?

No, orange juice is not supposed to be carbonated.

When your orange juice is left out for too long in hot weather, yeast will start to grow. This yeast converts sugar into alcohol and, in the process, creates carbon dioxide.

It is this carbon dioxide that is responsible for the extra bubbles and foam in your fruit drink.

So if your orange juice is carbonated and brimming with bubbles, it has fermented. This indicates that the juice has gone bad and is unsafe for consumption.

Why Is My Orange Juice Carbonated?

Your orange juice is carbonated because it has reached its expiry date, or you’ve left it out in the open for too long.

Orange juice has a sell-by date to ensure that it is of the best quality for consumption. Beyond that, bacteria will grow even when stored in cold temperatures.

Additionally, your orange juice may also carbonate if you expose it to room temperature for too long.

How Long Before Orange Juice Carbonates? 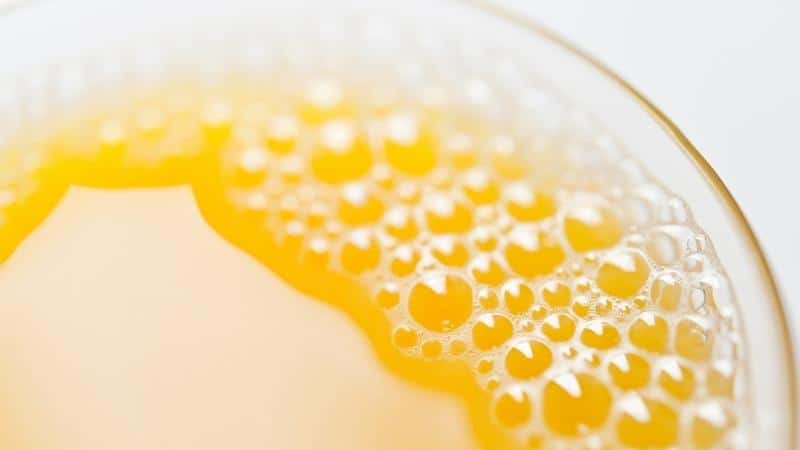 Freshly squeezed orange juice stored in the refrigerator carbonates after 2 to 3 days.

Opened store-bought orange juice you bought from the aisle section bubbles after 7 to 10 days.

Chilled store-bought ones ferment after 3 to 5 days. However, orange juice concentrate goes bad after six months.

When it comes to orange juice, carbonation is never a good thing. Fizz and bubbles on the surface mean that it is unsafe for drinking.

Is It Safe To Drink Carbonated Orange Juice?

Randomly carbonated orange juice is not safe for consumption. However, there are intentionally-fermented ones made for that purpose.

Orange juice that is randomly carbonated is unsafe because it contains unfiltered bacteria. These bacteria can cause several digestive problems such as diarrhea and vomiting.

On the other hand, intentionally-carbonated orange juice can be consumed. This is because it is fermented in a controlled environment and does not contain bad microorganisms.

No, Tropicana orange juice is not carbonated. It is a commercial fruit beverage sourced from 100% orange juice.

It will take a bottled Tropicana one to two weeks before yeast starts to grow and the carbonation process takes place.

Once it does, it will start to collect bubbles and fizz. Fermentation will occur and the drink will be spoiled.

Is Orange Juice A Soft Drink?

No, orange juice is not a soft drink.

Soft drinks are non-alcoholic beverages that are made with artificial ingredients, chemical acids, and additives. They also contain artificial flavors to mimic natural ones.

On the other hand, orange juice is derived from extracts of orange fruits. Some store-bought ones may be infused with other preservatives that extend shelf life.

However, orange juice is still not a soft drink because it has organic roots and is sourced from 100% natural oranges.

Carbonation in orange juice occurs when it is left out in the open for long periods of time. Bubbles and fizz in this beverage mean that it has spoiled and is no longer fit for drinking.

Carbonated orange juice can also result from not consuming the drink within the consume-by date. Even though it is unsealed and refrigerated, microorganisms are still capable of growing inside.

It is never safe to drink carbonated orange juice because bad bacteria is present. However, the exception is when the juice is fermented in a controlled environment.