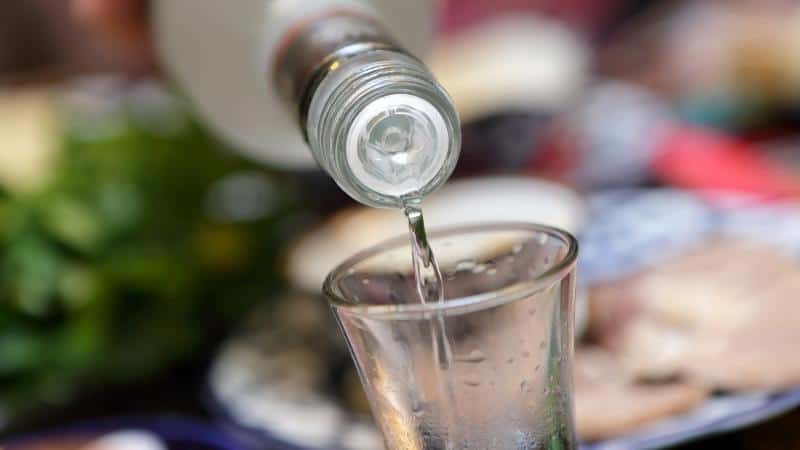 Vodka has a high alcohol content which is why it can easily get you intoxicated after a couple of shots. Even the average male has a limit of 11 shots before they get drunk.

If you’re looking to manage your next happy hour better, you might be wondering how much vodka is in a shot. Here’s what I discovered!

How Much Vodka In A Shot?

One standard shot glass can hold 1.5 ounces (44.3 ml) of vodka in the United States. However, shot glasses differ in size from country to country, and sometimes from one establishment to another. Governments limit the alcohol volume per shot to a minimum of 20 ml and a maximum of 60 ml.

If you want to know how much alcohol is in a shot of vodka and how the standard size of shot glasses differs by country, keep on reading!

How Much Alcohol Is In A Shot Of Vodka?

A standard shot glass can hold 1.5 ounces of vodka, which contains 40% alcohol by volume or 80 proof. Some vodkas have proof as high as 192.

If a vodka with 96% ABV is poured into a standard shot glass, it will contain 42 ml or 1.42 ounces of ethanol or pure alcohol.

For comparison, 1.42 ounces of alcohol in a standard shot glass would be equivalent to the ABV of 2.4 beers. Of course, percentages may vary depending on the brand.

Additionally, the size of standard shot glasses differs depending on the country, and certain establishments may prefer one size over the other.

Being aware of the size of the shot glass you’re drinking vodka from will help you determine the amount of alcohol you’re consuming.

Shot glasses aren’t labeled and most have subtle differences that have a huge impact on your blood alcohol content.

While you might think you only have 1 shot’s worth of alcohol in your system, in reality, it’s closer to 2.

Furthermore, checking the ABV stated on your vodka bottle or packaging can help you compute the amount of alcohol in your shot glass.

How Much Is A Shot Of Vodka In ML?

If a standard shot glass contains 1.5 ounces of vodka, then that would be equivalent to 44 milliliters.

For a more accurate measurement, it’s best to know the size of the shot glass you plan to use. This could vary depending on where in the world you plan to take your vodka.

Different governments have different ways of regulating their liquor markets. In general, governments worldwide regulate between 20 ml and 60 ml.

These two extremities determine the lowest and highest volume of alcohol that can be served in a shot glass.

To get a better idea of the standard serving volume per shot glass in major countries, here’s a list you can refer to:

How Many Ounces Of Vodka In A Shot? 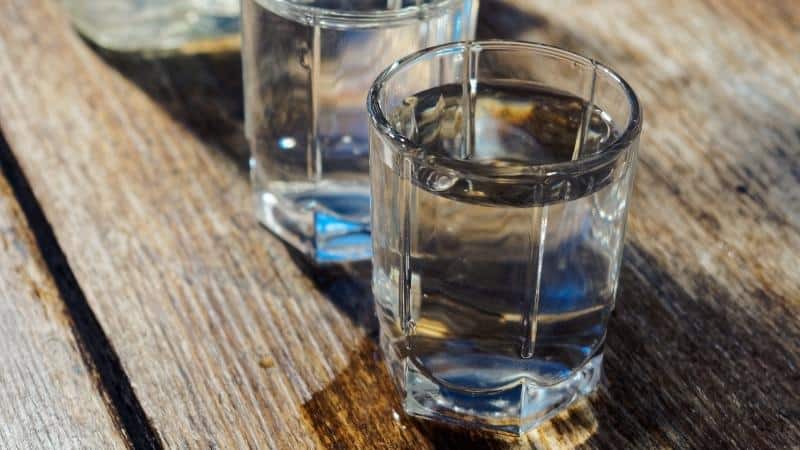 How Many Calories Of Vodka In A Shot?

A shot glass that has 1.5 ounces of vodka would have the following calorie count per proof:

Some brands of vodka have lower proofs, which means that their calories are also lower.

Additionally, some flavored vodka contains no extra calories. There are some brands, however, that sell flavored vodka with twice as many calories as their plain counterpart.

Nonetheless, alcohol does not count as a carbohydrate. Any calorie you consume from most vodkas comes from their alcohol content, and pure alcohol has around 7 calories per gram.

Furthermore, slight differences in calorie count can happen between brands that sell vodka of the same proof.

How Much ABV Is In A Shot Of Vodka?

Most vodkas have an alcohol by volume of 40%, which is equivalent to 80 proof.

To actually determine how intoxicating a single shot of vodka is, it’s best to know the amount of alcohol in a shot glass.

If you’re drinking in the UK, the standard shot glass is 35 ml. Given a vodka with 80 proof, your shot of vodka consists of 14 ml of alcohol.

If you want to learn more about vodka, you can see our related posts on how many vodka shots you need to get drunk, how much vodka you need for jello shots, and how long vodka gummy bears last.

Measuring the amount of vodka in a shot depends on the shot glass you’re using as shot glass sizes vary depending on the country.