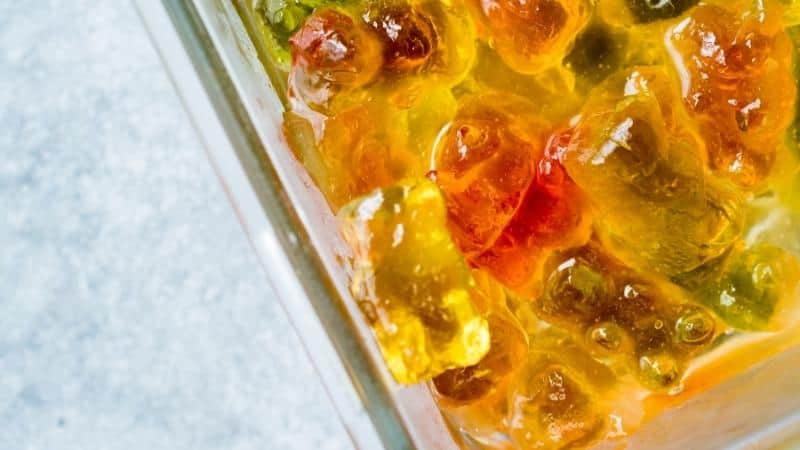 Vodka gummy bears make for an interesting addition to your party menu and can also be a fun snacking choice when you’re just lounging at home binge-watching Netflix.

If you got over-enthusiastic and made more vodka gummy bears than you could eat in one sitting, you might be wondering how long they can last. Here’s what I found!

There’s no definite way to tell how long vodka gummy bears will last as their expiration depends largely on the brands of ingredients you use. In general, however, vodka gummy bears can last for one week after soaking if they are stored in the refrigerator. Unless they start smelling off, tasting bad, or growing mold, they’re still considered edible.

If you want to learn more about how long vodka gummy bears last, whether you need to refrigerate them, and why they turn slimy, keep on reading!

Oftentimes, vodka gummy bears only go bad in the sense that they lose their quality and are no longer palatable. On some occasions, they may show classic signs of spoilage.

Stored correctly, however, your homemade vodka gummy bears can stay fresh for weeks or months at most.

Still, the duration in which they retain their taste and texture depends on the quality of the gummy bear and vodka brands you use, as well as the recipe you follow.

Storage conditions are also crucial because direct exposure to heat or long-term storage at room temperature are likely to cause the vodka gummy bears to deteriorate.

It would suffice to keep them in an airtight container in the fridge to maintain their quality and the potency of the vodka.

If you plan to store the vodka gummy bears in the freezer, don’t expect them to freeze solid because the vodka’s high alcohol content will prevent that from happening.

Should you find that your vodka gummy bears have lost their color, become overly sticky, started to smell off, or are growing molds, it’s best to throw them away.

Additionally, vodka gummy bears that are difficult to chew and odd-tasting could be considered expired and no longer safe for consumption.

Do You Need To Refrigerate Vodka Gummy Bears?

You may choose not to refrigerate your vodka gummy bears but room temperatures and exposure to sunlight can cause them to deteriorate much faster.

For longer-lasting and fresher vodka gummy bears, put them in an airtight container and store them in the fridge.

Keeping vodka gummy bears in a cool dry place is integral to retaining their quality and making sure that they’re still safe to consume days or weeks after soaking. 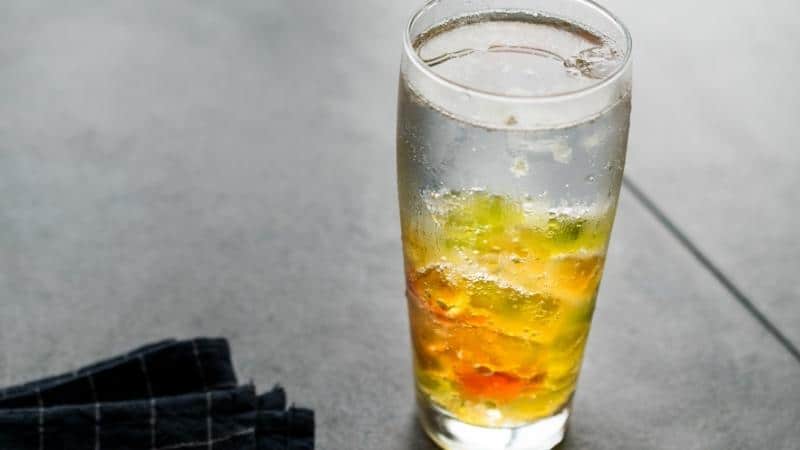 Gummy bears can absorb alcoholic drinks like vodka quite efficiently.

This is because gummy bears are mostly liquid by weight and they contain gelatin and pectin which are ingredients that help the bears retain their solid appearance.

When soaked, the gelatin absorbs the vodka and restricts its movement, thereby allowing the gummy bears to maintain their solid form even when they swell to twice their original size.

For the gummy bears to achieve this, however, you have to use vodka that has 80 proof or lower.

Any higher than 40% alcohol content can weaken the gelatin and turn the gummy bears into globs. Remember that ethanol is a powerful solvent and it can easily dissolve the gelatin.

That said, for your vodka gummy bears to be successful, it also matters that you use high-quality bears that have no wax as the wax will hinder the absorption of vodka.

Why Are My Vodka Gummy Bears Slimy?

If you soak gummy bears in vodka and they turn slimy, don’t panic just yet. It’s a normal part of the process given that you used a credible recipe and followed it to the tee.

On the other hand, the gummy bears can also turn slimy if you use too much vodka or you submerge the bears for too long.

Make sure that you soak the gummy bears just enough so that they’re covered in vodka and that you don’t add more once they’ve soaked up all the vodka you initially used.

Additionally, it might take a couple of tries to determine your preference for gummy bears and differentiate between slime that is normal and slime that is problematic.

How Do You Keep Gummy Bears From Melting In Vodka?

There are two main reasons why gummy bears melt in vodka.

Firstly, it could be that you used vodka that has more than 40% alcohol by volume or 80 proof. If so, then the ethanol melted the gelatin which liquified the rest of the bears.

Secondly, you might’ve stored the gummy bears in a hot place or under direct sunlight while soaking them. Heat can melt the bears, which is why it’s better to let them soak in the fridge.

If you want to learn more about vodka, you can see our related posts on how long you should soak vodka gummy bears, whether vodka goes bad, and what vodka to use for jello shots.

It’s difficult to tell how long a certain batch of homemade vodka gummy bears will last.

Vodka gummy bears can retain their quality for weeks or months at a time if you use high-quality ingredients and follow a proven recipe.

Storing your vodka gummy bears in the refrigerator is also crucial because they are more likely to stay fresh and potent even after soaking.

That said, vodka gummy bears can still show typical signs of spoilage if they’re exposed to heat for too long or stored in a container that is not airtight.