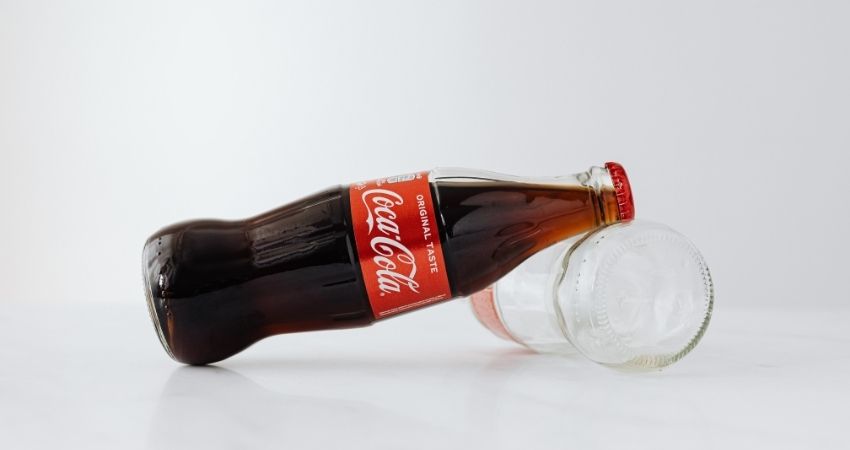 Coke is the most popular soda around the world, but many people have found Coke to also be a useful cleaning product because of Coke’s strong acidic properties.

You may be wondering if Coke is strong enough to remove rust. I did the research, and here is what I discovered!

Coke is a carbonated beverage capable of removing rust from several surfaces. Be it tools, cast iron pans, concrete, or chrome plating, Coke is effective at drawing out the rust particles from your items because all Coke products contain phosphoric acid, which is an ingredient found in cleaning agents that can get rid of rust.

If you want an in-depth look into why Coke can remove rust, how to use Coke to remove rust, and more, keep on reading!

Coke is highly acidic with a pH level of about 2.6-2.7, and this level of acidity mainly comes from Coke’s phosphoric acid content.

Phosphoric acid is identified as a strong acid capable of dissolving rust particles.

However, the phosphoric acid in Coke is food grade and not as strong as those found in most cleaning products.

As such, Coke is strong enough to remove rust to a certain degree without dissolving your item.

Does Coke Remove Rust From Tools?

Coke can remove rust tools from your toolbox when you soak your tools in a container full of Coke.

You can use a can of Coke if you only need to restore a few nuts and bolts, but you will need a few bottles of Coke to fill up a bigger container if you wish to salvage pliers and wrenches.

As for power tools, only submerge the metal parts and avoid letting the Coke touch any cables and other electrical parts to avoid damaging the power tool’s wiring. 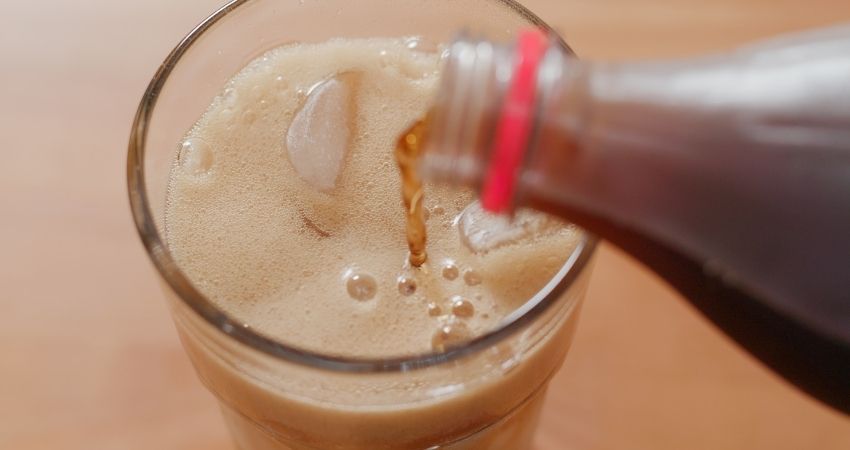 To do so, get enough Coke to submerge a cast-iron skillet and use the Coke to fill a large square container, making sure the cast iron pan is submerged to the brim.

Let the cast iron pan soak in the Coke for a few minutes or so, depending on how large and severe the rusted area is.

Does Coke Remove Rust From Chrome?

Devices with chromium plating have extra protection from wear and rust, but chrome items are still susceptible to corrosion due to exposure to seawater or other harsh substances.

Luckily, it is easy to remove rust from the surface of your chrome-plated products by using a can of Coca-Cola and a bunch of aluminum foil.

Dip your aluminum foil in Coke and gently scrub the chrome surface to remove the oxidation while polishing the metal layering.

Moreover, Diet Coke can be the better alternative if you don’t like the stickiness of regular Coke.

For reference, Diet Coke does not contain any sugar, meaning Diet Coke will not leave any sticky residue on your items after soaking the items in Diet Coke.

Despite popular belief, concrete can “rust” because oxidation can affect concrete pavements, and you can use Coke to remove these rust stains.

Depending on the size of the stained area, you may need around a 12-ounce can of Coke. Pour the Coke over the affected surface and wait a few minutes for the Coke to settle.

Next, use a nylon scrub brush or any stiff brush to scrub the stain. Avoid using a wired brush on the concrete as wired brushes can create scratches.

Finally, rinse the affected area with cold water once nearly all or all of the rust stains are gone, removing any leftover sticky residue.

Be sure to not leave Coke on the pavement for too long because the Coke can damage concrete if left for an extended period.

Pepsi and Coke are similar products that fall under the carbonated soda category and both beverages have phosphoric acid, which is effective in removing surface oxidation and rust.

Additionally, Pepsi contains one particular ingredient that Coke does not have: citric acid. Citric acid is capable of safely removing rust without damaging the metal finish.

Therefore, Pepsi could be better at removing rust than Coke, but the difference between the two soda’s rust cleaning capabilities is not huge.

There’s no fixed time for how long you should soak your rusted item in Coke as the time will entirely depend on how severely rusted and how large the affected area is.