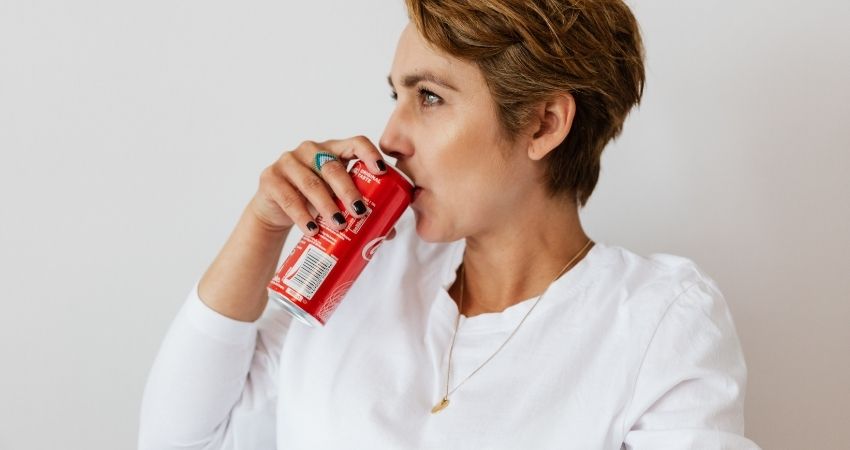 You’re more than aware that a hot cup of coffee is enough to keep you up through the day. However, you may be looking for an alternative to keep you up.

Luckily, you’ve discovered that sodas can help you, so you wonder if Coke can keep you awake. I’ve looked into it and here is what I’ve found!

Does Coke Keep You Awake?

Coke is a carbonated beverage that contains a combination of sugar and caffeine working together to keep you awake. One 12-ounce serving of Classic Coke can give you an energy boost lasting for six to ten hours. Additionally, all variants of Coke, be it Diet, Zero, or Caffeine-Free, can keep you from feeling sleepy for a short while.

If you want to learn more about Coke and its awakening properties, how long Coca-Cola’s effect will last, and much more, then continue reading!

Coke is classified as a soft drink, which is a carbonated beverage containing an army of sweeteners.

Sugar is known to affect blood glucose levels, which causes an adrenaline rush making you feel awake, and sugar can also affect sleep quality, making you have disrupted sleep at night.

In addition to that, Coke also contains caffeine, which is a stimulant known for increasing brain activity, and caffeine is the most common ingredient for products that promises an energy boost.

Caffeine blocks the sleep receptors in your brain which is also the reason why you won’t feel fatigued and sleepy after consumption.

Does Coke Cause Insomnia?

Due to the whopping 39 grams of sugar in every can of Coke coupled with its caffeine content, it is no surprise that Coke can cause insomnia.

However, insomnia-like symptoms only occur if you consume Coca-Cola before bedtime.

Coke will increase the blood sugar level within 40 minutes of consumption and block the adenosine receptors in the brain, staving off the drowsiness which is unideal at night.

After an additional five minutes, dopamine production will increase, and dopamine will trigger the reward center in your brain and urge you to drink another Coke.

How Long Does The Caffeine In Coke Last? 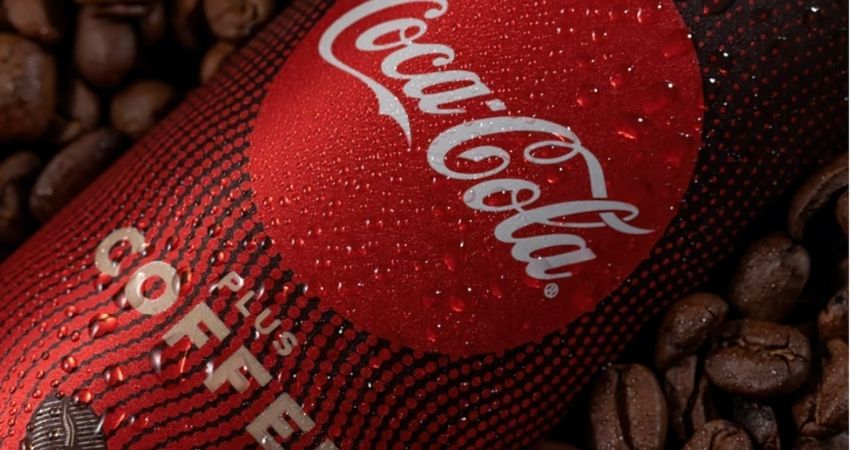 You’ll notice your body getting more alert and energetic within fifteen minutes since one can of Classic Coke contains 34 milligrams of caffeine.

Your body will stay in this caffeine-induced state for about six hours, but you are not completely free from caffeine’s effects after this span.

Caffeine is a substance that has a half-life of five hours, meaning your body will only burn through half the caffeine content within that period.

That being said, it will take about ten hours before the caffeine in Coke completely leaves your bloodstream.

How Much Coke Can You Drink In A Day?

If you’re particular about your diet, then you can only drink one can of Coke a day because this Coke contains a significant amount of sugar and caffeine.

For starters, the American Heart Association recommends only a healthy daily limit of 24 to 36 grams of sugar.

One serving of Coke already contains 39 grams of sugar, which already exceeds the restriction given by the American Heart Association.

Another reason is that Coke also contains caffeine, which when taken in excess amounts will cause several health risks, and 400 milligrams of caffeine is the daily recommended limit for caffeine consumption.

Granted, Coke does not contain that much caffeine since Coke only has 34 milligrams of caffeine.

If you consume other products that contain caffeine, it’s best to keep Coke consumption to a maximum of one serving a day.

Why Does Drinking Coke Make You Sleepy?

Once you’ve consumed a can of Coke, you’ll feel energized after a few minutes. After being in the caffeine-induced state for about ten hours, you’ll feel the backlash called a sugar crash.

Coke contains an overwhelming amount of sugar, which gives you an energy boost by increasing glucose levels.

However, after this high, your blood sugar immediately decreases making you feel fatigued.

Does Coke Zero Keep You Awake?

Coke Zero does not have any sugar, but Coke Zero contains caffeine which is effective in keeping you awake.

Normally, a 12-ounce can of Coke Zero still contains 34 milligrams of caffeine.

Although considered as part of the low-caffeinated drink list, Coke Zero still has a significant amount of caffeine in the formula.

Coke Zero has enough caffeine to power you up for a few hours and speed up your nervous system.

Does Diet Coke Keep You Awake?

For a twelve-ounce serving of Diet Coke, expect Diet Coke to have about 46 milligrams of caffeine, which is higher than the regular Coke and Coke Zero.

If you’re more into the caffeine effects rather than the overwhelming sweetness, Diet Coke can be a better option for you.

Can Caffeine-Free Coke Keep You Awake?

Caffeine-free Coke is loyal to its label and does not contain any caffeine in the formula.

However, instead of caffeine, caffeine-free Coke has 39 grams of sugar, which will keep you up just the same.

Moreover, the caffeine-free coke variant is high in glycemic index, meaning that caffeine-free Coke contains enough sugar to stave off fatigue for a short while.

Does Coke Keep You Awake Better Than Coffee?

Coffee is better at keeping you awake than coke because a cup of coffee has more caffeine than coffee.

Generally, an 8-ounce serving of coffee contains 95 milligrams of caffeine, which is more than twice the amount of a 12-ounce can of Coke.

This caffeine range can vary depending on the coffee used, but Coke generally has less caffeine.

Check out our related articles to learn if Coke evaporates, if Diet Coke has caffeine, and if Coke Zero has caffeine.

Coke is a sugar-sweetened beverage that is effective in keeping you awake and Coke contains a significant amount of caffeine that can give you an energy boost.

Moreover, Coke is capable of keeping you alert for about six to ten hours, but it is best to consume Coke in moderation.