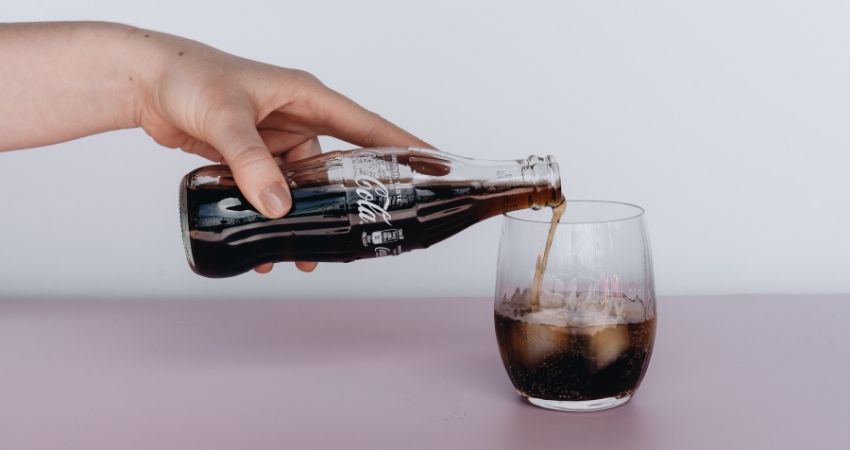 If you are a fan of carbonated beverages but would like to cut out on sugar, drinking Coke Zero is an option because Coke Zero has 0 sugar and 0 calories.

However, you may be wondering if Coke Zero still contains caffeine. I compiled the facts, and here is what I found!

Does Coke Zero Have Caffeine?

Coke Zero contains around 34 milligrams of caffeine for every 12 fluid ounces. Considered as a low-tier caffeinated beverage, Coke Zero has less caffeine than a cup of coffee or a can of Diet Coke. However, Coke Zero has the same amount of caffeine as regular Coke.

If you want to know more about Coke Zero’s caffeine content, how Coke Zero varies from other Coke products, and more, then continue reading!

How Much Caffeine Does Coke Zero Have?

All flavor variants under the Coke Zero line contain around the same amounts of caffeine, which includes the Cherry, Vanilla, Cherry Vanilla, and Orange Vanilla Coke products.

Why Does Coke Zero Contain Caffeine?

Normally, caffeine is a part of every soft drink formula in the market, and Coke Zero is no exception.

Caffeine is present in most sodas because cola drinks are sourced from kola nuts, which naturally contain caffeine.

Aside from being a naturally-occurring substance, some manufacturers opt to deliberately add caffeine in their products.

Adding caffeine to soft drinks provides a particular buzz that makes up for Coke’s distinct taste.

Does Coke Zero Have More Caffeine Than Coffee?

However, you should take note that a cup of coffee may have varying caffeine ranges because the caffeine content depends on the type of coffee bean used and roasting preparations.

Does Coke Zero Have More Caffeine Than Tea?

Coke Zero Generally has more caffeine than most teas, but it will mostly depend on the tea.

In every 6 fluid ounces of tea, there is approximately 19.6 milligrams of caffeine, so you would need to consume almost two servings of tea to match Coke Zero’s content.

Does Coke Zero Have More Caffeine Than Regular Coke? 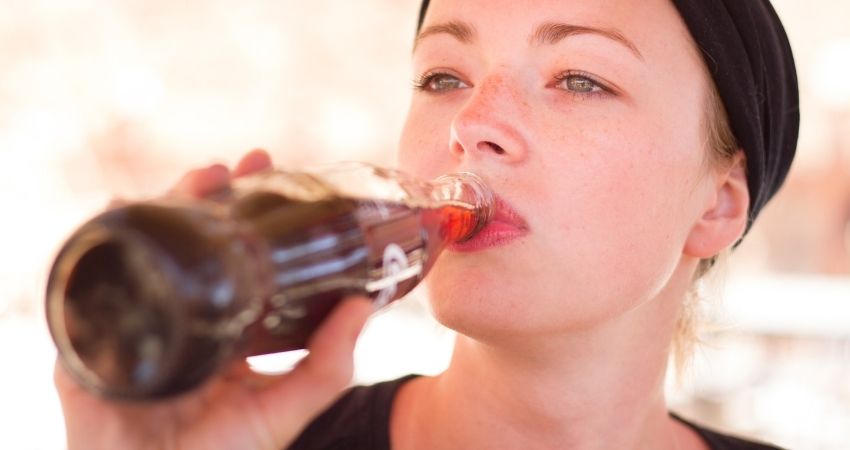 Regular Coke contains 34 milligrams of caffeine for every 12 fluid ounces, which is the same as Coke Zero’s caffeine content.

If you are curious about the difference between Coke Zero and regular Coke then the answer lies in their sugar contents.

They both have the same ingredients, but Coke Zero contains artificial sweeteners instead of added sugar.

Is There A Caffeine-Free Version Of Coke?

Similarly, the company also offers Coke Zero without caffeine for people who prefer no caffeine, no-calorie, and no sugar in their soda.

As such, the only thing you get with Coke Zero is the carbonated fizz you find in every regular soda beverage.

How Much Coke Zero Can You Drink In A Day?

You can drink 1-2 Coke Zero cans daily. While Coke Zero is low in caffeine and contains 0 sugar and calories, it is still not ideal to consume large amounts of soda in one go.

What Is The Difference Between Diet Coke And Coke Zero in Caffeine?

Both Coca-Cola products have zero calories and use chemical alternatives instead of regular sugar. However, one key distinction is in their caffeine content.

Diet Coke contains 46 milligrams of caffeine per 12 fluid ounce serving while Coke Zero only has 36 milligrams.

Aside from the caffeine level, there is also a slight discrepancy in taste. Coke Zero is formulated to taste more like original Coke whereas Diet Coke tastes is much lighter.

Which Has More Caffeine Coke Zero or Pepsi Max?

In every 12 fluid ounces of Pepsi Max, there are about 69 milligrams of caffeine, meaning Pepsi Max has more caffeine than Coke Zero.

Will Coke Zero Keep You Awake?

Like all soda varieties, Coke Zero will keep you awake because Coke Zero contains caffeine. Although Coke Zero does not contain that much caffeine, 34 milligrams is enough to keep some people awake.

If you’re an avid fan of Coke Zero, it would be best to drink Coke Zero during the day when you’re at the peak of finishing activities because caffeine is a stimulant.

Read our other articles to learn if Diet Coke has caffeine, if Coke expires, and if Coke whitens teeth.

Coke Zero is considered a low-caffeine beverage that contains 36 milligrams per 12 fluid ounces and Coke Zero has the same caffeine content as regular Coke but less than Diet Coke.