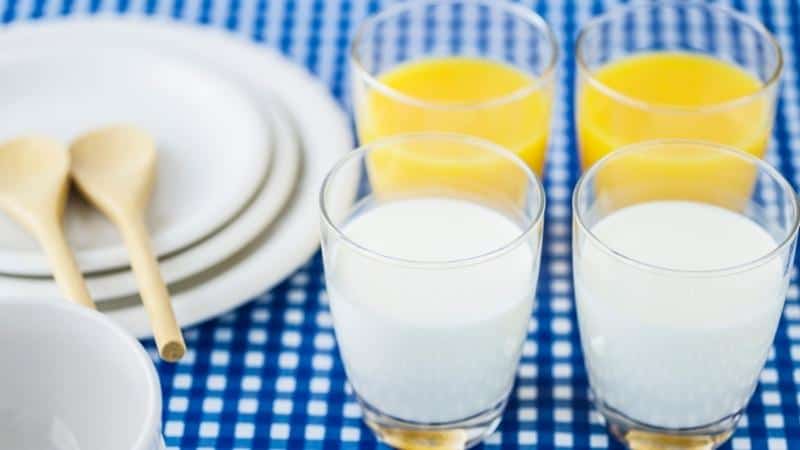 Orange juice is a fantastic beverage on its own but it also goes well with other drinks. It’s a popular ingredient in a number of cocktails but it not only mixes well with alcohol but also dairy.

You may have misgivings about orange juice and milk, especially if you’re wondering whether orange juice will curdle milk. I looked into it and here’s what I found.

Orange juice will curdle milk due to its acidic properties that react with the protein in milk. This phenomenon will happen even if you use orange juice with plant-based products like almond milk. That said, combining orange juice with milk is possible and will give you different-tasting beverages.

Want to know more about the unusual combination of orange juice and milk, including how to minimize curdling when mixing the two? Check out the details below!

What Will Happen If You Mix Orange Juice With Milk?

When you randomly mix orange juice with milk, it will curdle and form separated clumps on the surface. This is due to the acidic properties of orange juice reacting with the proteins present in milk.

When the pH in milk suddenly changes due to the acids in orange juice, the mixture will turn more acidic. Milk will be deconstructed forming cheese-like clumps floating in translucent liquid.

How Do You Mix Milk And Orange Juice Without Curdling?

To mix orange juice in milk without curdling it, both liquids should be at the same temperature, whether chilled or at room temperature.

Slowly pour the orange juice into the glass of milk and not the other way around. Simultaneously stir as you pour. Additionally, you can add ice cubes to avoid separation once the drink has been mixed.

Can You Mix Milk And Orange Juice In A Smoothie?

It may sound like an unusual combination, but orange juice and milk are commonly mixed together to create a one-of-a-kind smoothie.

You can fuse the sweet, citrusy taste of orange juice and the creamy, rich flavors of milk in one glass. It tastes buttery and tart-like with subtle fruity sweetness.

Most recipes use concentrated orange juice, but you can also work with freshly-squeezed ones for a sourer punch.

What Is Concentrated Orange Juice And Milk Combo Called?

Orange Julius is a frothy beverage that combines milk, concentrated orange juice, vanilla, sugar, and ice. It has a unique flavor that strangely tastes like an orange popsicle mixed with cream.

This unique mix was invented in the stand of Julius Freed and Bill Hamlin. They aimed to minimize the acidity of orange juice and created a beverage that became a hit in the 1920s.

What Is Evaporated Milk And Fresh Orange Juice Mixture Called? 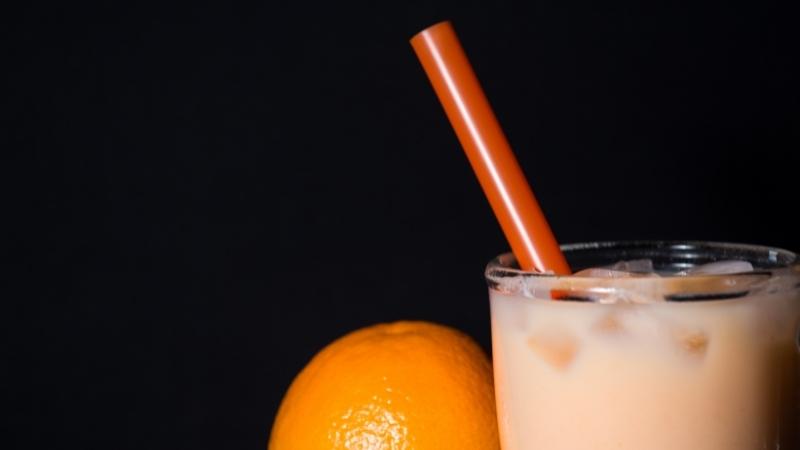 Mixing evaporated milk and freshly squeezed orange juice can give you a combination called Morir Soñando. It is a Dominican drink that also contains cane sugar and crushed ice.

Unlike the Orange Julius recipe, Morir Soñando is not frothy. However, it retains its creamy, thick, and fruity flavors with a touch of tanginess.

Additionally, you can add alcohol to your Morir Soñando. Either white or red rum will turn your drink into a low-alcohol cocktail.

Does Orange Juice Make Milk Curdle In Your Stomach?

Milk will automatically curdle in your stomach because of acidic gastric juices. So if you drink an orange juice and milk mixture, it will separate either way.

Since orange juice is also acidic, curdling is inevitable in or outside the stomach. When in the stomach, curdling is merely a natural process that occurs during digestion.

Can You Mix Chocolate Milk And Orange Juice?

Yes, it is possible to combine chocolate milk and orange juice. It may sound out-of-the-ordinary but the resulting beverage is tangy, sweet, with a pleasant chocolatey taste.

You just need equal amounts of orange juice and chocolate mix for the recipe and include ice if you want something chilled.

Orange juice will curdle any kind of milk, including plant-based ones sourced from almonds. This is because the milk still contains protein which reacts with the acid from the orange juice.

Orange juice can curdle milk because it is acidic and destroys the protein present in the milk. But you can minimize the separation if you mix both beverages at the same temperature and add the orange juice to the milk while simultaneously stirring.