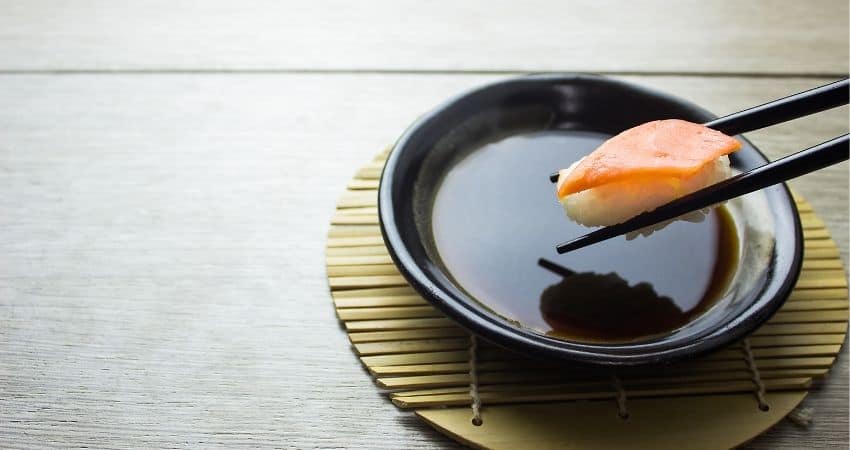 There are so many options of soy sauce available, so it can be overwhelming to decide which soy sauce is right for you.

If you’ve ever come across Nama Shoyu, you might be wondering what it is and how it differs from regular soy sauce. Well, I looked up the facts, and here’s what I discovered!

What Is Nama Shoyu?

Nama Shoyu is a Japanese-style unpasteurized, raw soy sauce that is usually dark brown with a savory flavor with slightly sweet, sour, and salty notes. Nama Shoyu is a popular soy sauce amongst the raw diet community and many people regard Nama Shoyu as a delicious and high-end soy sauce.

Do you wish to learn more about Nama Shoyu? Check out the rest of the article to find out!

Nama Shoyu is a type of soy sauce that is unpasteurized or raw that is usually made in Japan, and Nama Shoyu is a popular option for people who follow vegan and raw diets.

Despite being popular amongst people who follow raw diets, Nama Shoyu gets heated over 118 °F, which is a higher temperature than what is allowed in raw diets.

However, there is a lot of beneficial living enzymes inside Nama Shoyu that most raw diet followers believe counteract the fact that Nama Shoyu gets heated over the allowed temperature.

How Is Nama Shoyu Made?

While Nama Shoyu still has a salty taste, manufacturers use less salt to create Nama Shoyu compared to other soy sauces.

Is Nama Shoyu The Same As Regular Soy Sauce?

Is Nama Shoyu The Same As Tamari?

Nama Shoyu and tamari are not the same because Nama Shoyu contains wheat whereas tamari soy sauce does not have wheat.

However, Nama Shoyu and tamari soy sauce have a somewhat similar flavor profile because they are both lighter and savory while also being less salty than other types of soy sauces.

How Do You Use Nama Shoyu? 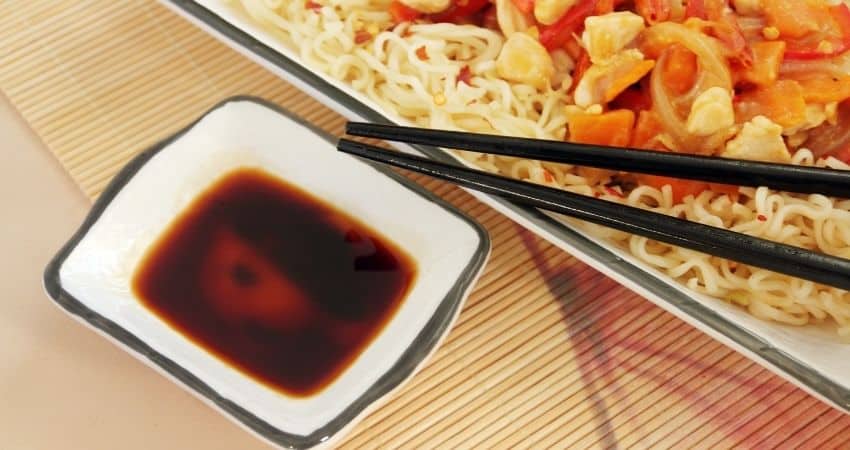 Additionally, you can use Nama Shoyu in other ways in the kitchen, which include as a seasoning, in salad dressings, and more.

Moreover, you can use Nama Shoyu how you would normally use soy sauce in most recipes since Nama Shoyu is somewhat similar to most soy sauces.

However, it is important to remember that Nama Shoyu has a more savory and less salty flavor than other soy sauces, so you may need to add more salt to your recipes to make up for it.

How Long Does Nama Shoyu Last?

Nama Shoyu can last unopened in a dark and cool place for 2-3 years because Nama Shoyu is salty and fermented, meaning Nama Shoyu will stay fresh for longer.

Opened bottles of Nama Shoyu can last for up to 3 months on the counter, but Nama Shoyu will stay fresh after opening for 2-3 years in the fridge.

Nama Shoyu can go bad when Nama Shoyu is improperly stored or the bottle has been opened for too long.

Typically, you can tell that Nama Shoyu has gone bad when the smell and/or taste is different and almost unbearable.

Sometimes soy sauces like Nama Shoyu can develop small mold-like spots, but the spots are actually a film yeast that is not harmful, and you can easily remove the white spots.

However, it is always important to discard any type of soy sauce whenever the soy sauce has a different taste or smell.

What Can You Substitute Nama Shoyu For?

Technically, Nama Shoyu is not better than regular soy sauce because they have slightly different flavors, meaning you cannot directly compare the two soy sauces.

However, some people regard Nama Shoyu as a high-end soy sauce because Nama Shoyu is usually made with high-quality ingredients, so it is up to your personal preference to decide which is better.

For instance, people who like a bold and salty flavor may prefer regular soy sauce whereas others who enjoy a more savory and complex taste would like Nama Shoyu more.

Nama Shoyu is a unique type of soy sauce because it is raw and unpasteurized with a very savory taste with mildly sweet, sour, and salty flavors.

Generally, Nama Shoyu is considered a high-end soy sauce that is well-loved by the raw diet community since Nama Shoyu contains lots of live enzymes.