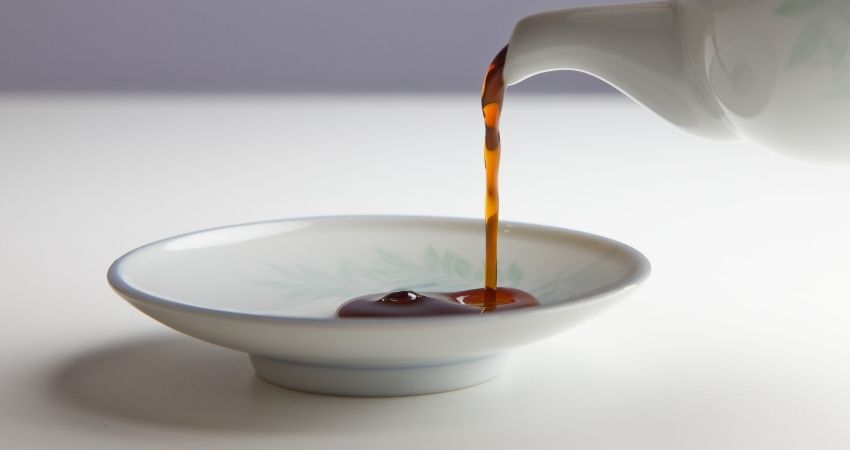 Soy sauce is an extremely popular condiment around the world, meaning there are tons of unique soy sauces you may not know about.

If you’ve seen Japanese soy sauces, you may be wondering what tamari soy sauce is. I looked up the facts, and here is what I discovered!

What Is Tamari Soy Sauce?

Tamari is a type of liquid condiment that is the by-product of creating miso, and tamari is quite similar to soy sauce in color, consistency, and taste. Unlike regular soy sauce, tamari does not contain any wheat products, so tamari has a higher concentration of soybeans than normal soy sauce.

Do you want to learn more interesting facts about tamari sauce? Keep on reading to find out!

Tamari is a type of liquid condiment that is made from soybeans, water, and salt, creating a sauce that is very similar to soy sauce.

Moreover, tamari is usually thicker than most soy sauces and tamari is often a very dark color featuring a reddish tinge.

Tamari is thicker than most soy sauces because tamari contains more soybeans than soy sauce, which results in a thicker consistency.

Is Tamari The Same As Soy Sauce?

Tamari looks very similar to soy sauce, but tamari is not exactly the same as soy sauce since there are a few differences that set the two sauces apart.

Firstly, tamari is a by-product of creating miso, meaning tamari was not another type of soy sauce. While soy sauce and miso are both made from soybeans, they are two different foods.

Next, tamari does not include wheat in its ingredients while wheat is a very important ingredient for many soy sauces.

Therefore, tamari and soy sauce are not exactly the same, but they still have similar tastes, colors, and uses.

However, tamari is commonly referred to as soy sauce because tamari is used similarly to soy sauce, which is why tamari is categorized as a type of soy sauce.

Is Tamari Chinese Or Japanese?

Tamari is a Japanese sauce because tamari was invented in Japan since it is a by-product of miso.

Miso is a popular fermented paste in Japanese cuisine, hence why tamari will also be Japanese.

When Was Tamari Invented?

Tamari’s exact invention date is not known, but the history of tamari goes as far back as the 7th century AD because Japan brought tamari to China. 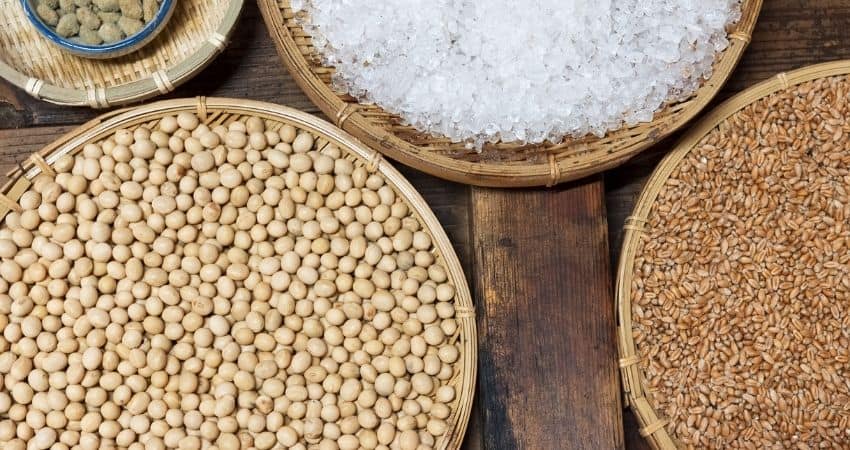 Tamari is a gluten-free sauce because tamari contains little to no wheat products since tamari’s recipe does not call for wheat.

Unlike soy sauce, tamari has a higher concentration of soybeans, creating a strong savory flavor without wheat.

However, you may need to check the manufacturer of tamari before consuming tamari if you are severely allergic to gluten.

Some manufacturers will make their tamari sauces in facilities that also handle wheat, meaning there could be traces of wheat in your tamari.

How Is Tamari Made?

Traditional tamari sauce is made by steaming soybeans and mashing the soybeans (similar to how you would make miso).

Koji, a type of fungus used in fermentation, is then added to the soybean balls and put into a container to rest for 3-4 days at a temperature of  32 ~ 33 ° C.

After 3-4 days, the soybeans are put into a wooden barrel, covered with a cloth, and pressed with a weight, usually a stone.

Manufacturers then add prepared water, normally salt water, over the soybeans, and some people put the weight after they add the salt water.

Next, the mixture will get mixed using a long dipper in specific intervals to encourage the liquid to move around, and this mixing occurs as the tamari ferments for several months or years.

Once the fermentation process is finished, the mash gets placed into a cloth and squeezed, and the resulting seperated liquid is tamari.

What Is Tamari Used For?

Tamari is often used as a dip for foods like sushi, sashimi, and dumplings because tamari is a flavor enhancer that boosts the salty and umami flavors of other foods.

However, tamari can be used as a soy sauce since it is very similar to soy sauce, meaning you can use tamari in marinades, sauces, soups, and stir-fries.

Tamari has a very deep and rich savory taste, but the overall flavor of tamari is a bit more mellow than soy sauce.

Moreover, tamari is not as salty as regular soy sauce because of how strong the umami flavor is, so you may need to add salt to your recipes if you use tamari.

Can I Use Regular Soy Sauce Instead of Tamari?

Can I Use Tamari As A Substitute For Soy Sauce?

Similar to soy sauce, you can use tamari to replace soy sauce in an equal ratio, but you may want to add a pinch of salt if the tamari is not salty enough for you.

Neither tamari nor regular soy sauce is better than the other because they are very similar sauces, and each of these liquids can shine in certain recipes.

However, you can use tamari as a replacement for soy sauce in many recipes, so they are both still equally matched as sauces.

Take a look at our related articles to find out if soy sauce has salt, if soy sauce tenderizes meat, and Japanese soy sauce substitutes.

Tamari sauce is very similar to soy sauce in taste, color, and use, but tamari is a gluten-free option because tamari does not contain wheat.

Moreover, tamari can work as a convenient substitute for soy sauce and vice versa because of their similarities.